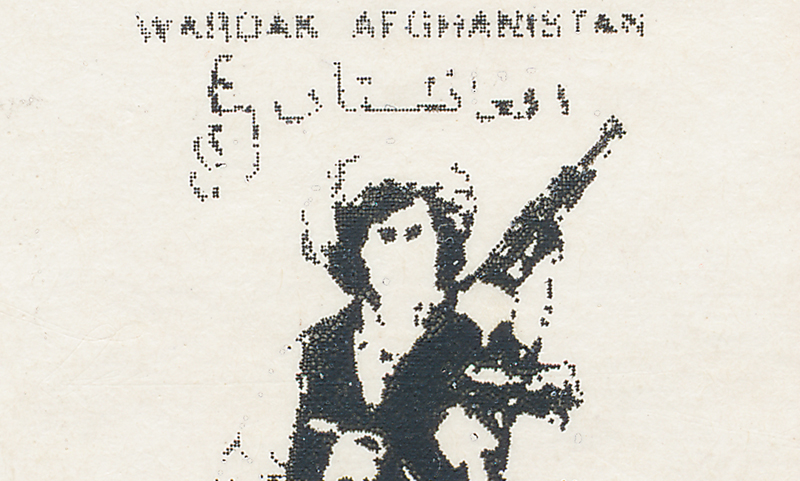 Was Islamic fundamentalism’s seclusion as the only governing force left in Afghanistan preventable? When was the last ray of hope of a steady Afghanistan joining the international community lost? Presumably, in the last chapter of the Cold War, when the superpowers turned the country into a site of their rivalry.

Four years ago, in September 2017, Blinken OSA concluded its exhibition Afghanistan, Graveyard of Empires, which spanned from the fall of the country’s last king until the first time the Taliban came to power in 1996, presenting the country’s history; the civil wars, the Soviet intervention and its aftermath. This history reveals how Afghanistan and its people have been crippled by inhumane political and religious ideologies, unrestrained hunger for power, ambition and stupidity, and the perverse logic of Cold War geopolitical confrontations. A history that directly affects us from more than one aspect.

Forrás. [Source., or Boiling point] is a blog series by the Blinken OSA staff at the Hungarian news website 444.hu. András Mink’s post originally appeared on osaarchivum.444.hu in Hungarian. 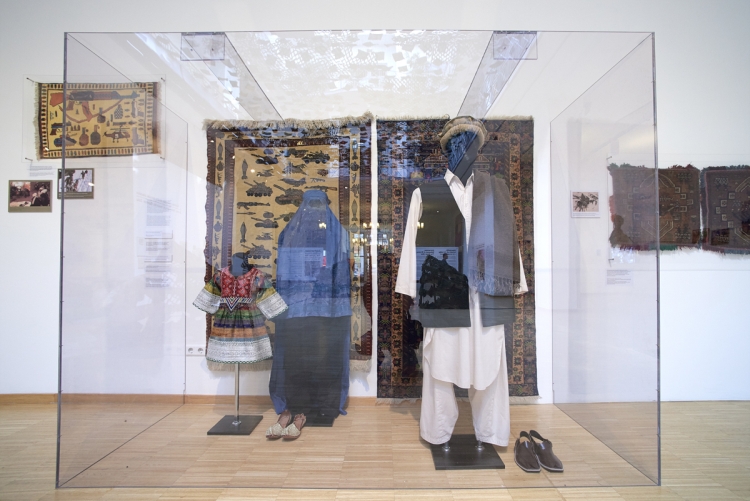 Installation view of Blinken OSA's exhibition Afghanistan, Graveyard of Empires.
In the foreground, figures in traditional Afghan clothes represent the fleeing civil population; in the background, hand-woven war tapestries. The dresses and the tapestries are parts of Zammis Schein’s (Sándor Mesterhelyi) private collections. The number of Afghan combatant and civilian casualties were estimated at around one and a half million. The displaced persons and refugees abroad were between six and seven million, half of the total population of 13.5 million recorded in census data from 1979.
(Photo: Blinken OSA / Dániel Végel)

A Volleyball-Blow to Internal Stability

According to a June 26, 1973 telegram from the US Embassy in Kabul, Mohammed Zahir Shah, Afghanistan’s last king (so far), urgently left for Italy, to receive medical treatment. The embassy’s intel claimed that a volleyball had hit the king so badly, it caused an eye injury that required foreign assistance. The embassy may have not suspected that in the absence of the king, his insulted cousin, former Prime Minister Mohammed Daoud Khan—who had been ousted in 1963—would stage a coup d'état, and take power. The fateful volleyball set in motion a series of events that in the past 50 years had a devastating impact not only on the fate of the country, but on the development of global politics.

In the 1960s, a decade before the fateful volleyball accident, Afghanistan was considered an exemplary country of peaceful competition between the West and the Soviet bloc. This was made possible, among other factors, by the country’s subordinate strategic significance; the costs of attaching it to either of the spheres of influence seemed to have been too high. Pursuing modest modernization, the young king strived to exploit these conditions, and tried to maintain good relations with everyone; he welcomed any support in scientific, technical, infrastructural, cultural, and educational development, while, at the same time, he prevented rapid changes from sweeping away the country’s traditions and its regional, Islamic, and tribal characteristics. Soviet, French, German, and Japanese experts, consultants, engineers, and investors were equally present in the country. During this period, Afghanistan was a popular destination even for Western (hippie) tourism; besides its natural beauty, local regulations allowed the use of several psychoactive products. 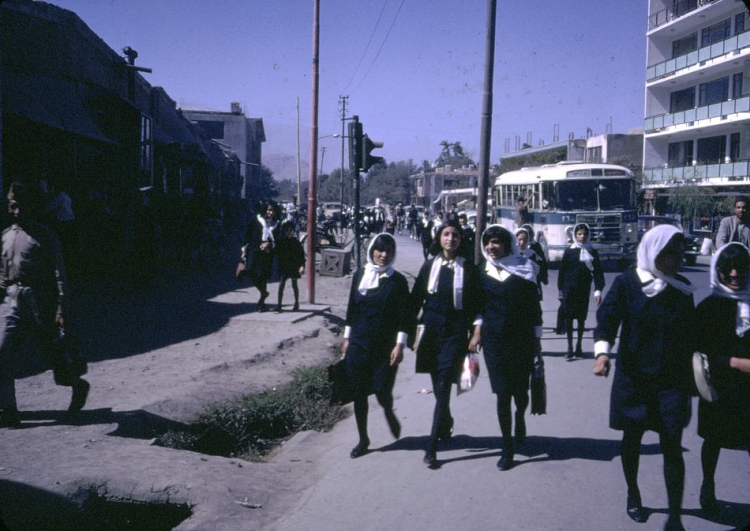 The coup in 1973, however, irreversibly undermined the internal stability of the country; after returning to power, Daoud Khan could consolidate his regime only by involving the People's Democratic Party of Afghanistan (PDPA); in April, 1978, the Communist PDPA had him and most of his family murdered (Saur Revolution), and seized control. At the same time, two further events contributed to reshaping the region’s geopolitical scene; the Islamic Revolution in Iran, which overthrew Mohammad Reza Shah, a reliable ally of the US; and the military coup in Pakistan. Afghanistan’s significance, in the eyes of the opposing superpowers, heightened rapidly at a moment when the country was already in civil war.

Today, it is a known fact that the Soviet leadership was not at all enthusiastic about assisting their Afghan comrades; their unwilling involvement in the “game” resulted from PDPA’s rise to power. They were well aware that the PDPA had no chance to win popular endorsement, and that a supporting military intervention was, consequently, a recipe for failure. The paranoia of the Cold War still did overcome: if we don’t go in, the Americans will take advantage of the situation. Weakening this belief was not the intention of Zbigniew Brzezinski, the US President’s National Security Advisor, either. Later, he proudly recounted the success of giving the Soviets “their Vietnam” by dragging them into an unwinnable war.

The US had been aiding the mujahideen insurgent groups since the summer of 1979, against the PDPA; with the Soviet invasion launched in winter, this support increased considerably. Deputy Secretary of State Christopher Warren and Brzezinski personally visited Peshawar in Pakistan, a major center for Afghan insurgents, to demonstrate the US Governments high level of commitment to the mujahideen fighters; moreover, three years later President Reagen welcomed group leaders in the White House. Beyond providing financial and military support, the USA had other plans as well. One concept involved distributing heroin among Soviet soldiers. They tried to smuggle large shipments of Qurans into Soviet republics with large Muslim populations. CIA Director William Casey, a former OSS officer, was considering methods to drive the Muslim world into a holy war against the Soviet Union, and to incite Islamic rebellions within the USSR. The latter were not carried out, after all. In April 1988, Afghanistan, Pakistan, the USSR, and the USA reached an agreement on the Soviet withdrawal’s timetable. The first Soviet units left the country on May 15, 1988, and on May 15, 1988, General Boris Gromov was the last Soviet soldier to cross the Afghan-Soviet border via the Friendship Bridge. What remained was immeasurable destruction, a completely devastated country, and a broken society. 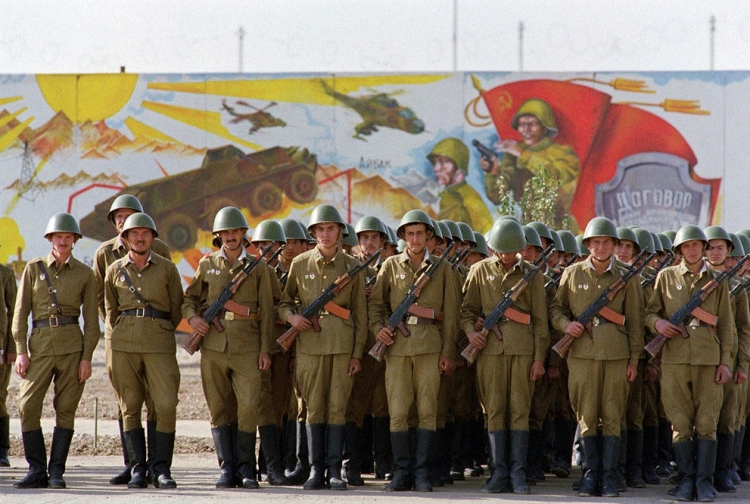 The last line-up in Kabul before the withdrawal in February 1989.
(Collection of Afghanistan Center at Kabul University)

Islamic fundamentalism, essentially the only community force left, had taken deep root during the war. The multi-national terrorist organization Al-Qaeda was born in the Soviet–Afghan War. Almost all the former insurgent groups turning against each other during the 1990s relied on Islamic foundations. Their fight led to the disintegration of the state; in 1996, the Taliban took power, who then provided safe haven for the Al-Qaeda. In 1998, following the first major attacks of the Al-Qaeda against US targets, the Le Nouvel Observateur asked Brzezinski whether he regretted “having supported Islamic fundamentalism, which has given arms and advice to future terrorists?” Brezinski responded by asking, “What is more important in world history? The Taliban or the collapse of the Soviet empire? Some agitated Moslems or the liberation of Central Europe and the end of the cold war?” Brezinski could not tell in 1998, that he had helped such a genie out of the bottle, which would, on September 11, 2001, carry out a fiercer attack against the United States, than what the Soviets had ever dared to think about.

The Afghan Fighter: A Symbol of Terrorism or Sovereignty?

Unquestionable today, the Soviet invasion and the following decade-long war in Afghanistan had substantial role in the final dissolution of the USSR, and consequently in the fall of the Socialist regimes in East-Central Europe. Also unquestionable today, the freedom fight against the Soviet invasion allowed the emergence of the militant—and by now, global—Islamist religious and political fundamentalism, which had initially been supported by the United States as a miracle cure against Soviet expansion, and which has, in the decades following the Cold War, contributed to the gravest crises in world politics. The memory of September 11, 2001 may be vivid even in those born later. Yet, 20 years ago, only a few may have thought that evicting the Taliban and the Al-Qaeda from Afghanistan, a seemingly simple task for the best equipped and trained armies of the world, would turn out to be a failure, not solving anything. Everything continues from where it began 20, 30, 40 years ago.

Today, we will read a lot about the reasons for the 20-year-long US and Western intervention’s failure. Perhaps, it was the Iraq War, started in 2003 on false accusations, that, besides pushing Iraq as well as the Middle East into chaos, drew attention and resources away from Afghanistan. (Blinken OSA organized its exhibition in 2017, at the height of the fight against the Islamic State that had emerged from the ruins of Iraq and Syria.) Or, setting up a Western-type state may always have been an illusion in a country that is culturally, ethnically, and religiously divided, historically unaccustomed to centralized forms of governance, and lacks democratic traditions. 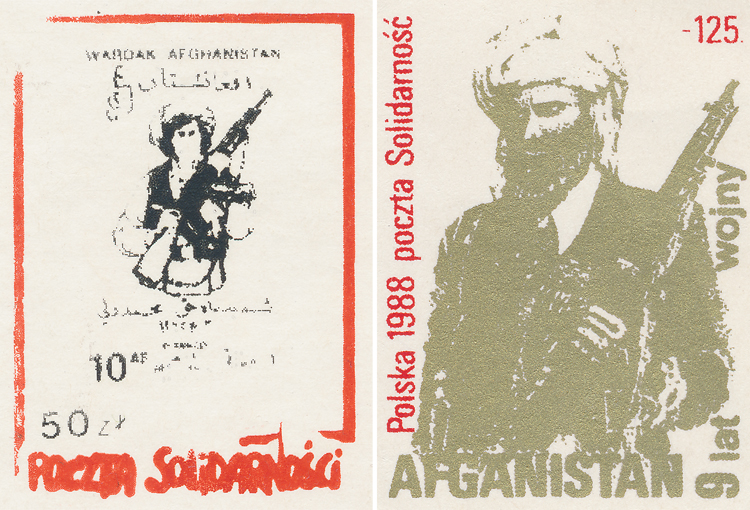 In January 1980, Russian nuclear physicist and dissident Andrei Sakharov protested the Soviet intervention in Afghanistan in an open letter. He argued that while every nation and community has the right to sovereignty and to religious freedom, these rights in Afghanistan were being trampled into the mud by Soviet tank tracks. The Polish opposition may have followed the same logic, when taking Afghan insurgents for freedom fighters. In the 1980s, the figure of the Afghan fighter appeared on the illegal samizdat post stamps distributed by the Polish trade union Solidarity. Today, in light of the attacks Islamist terrorist organizations later carried out throughout the world, this may seem bizarre, even frightening and obsolete. Yet, it is possible that Sakharov and the Polish opposition were right. Had there been no Soviet invasion, had it been the peoples of Afghanistan who, following the fall of the PDPA, reformed their state, the series of armed conflicts and civil wars wrecking the country may have been preventable. A seemingly infinite series of wars that shocked and paralyzed the West for decades, and resulted in the total dissolution of society and state in Afghanistan, where Islamic fundamentalism has remained the only governing force.