March 25 is the birthday of Béla Bartók. We honor the memory of Bartók with a lecture by József Mélyi, a 1931 letter the composer wrote to Octavian Beu, and a 1988 radio report on the preparations for the return of Bartók's ashes to Hungary. 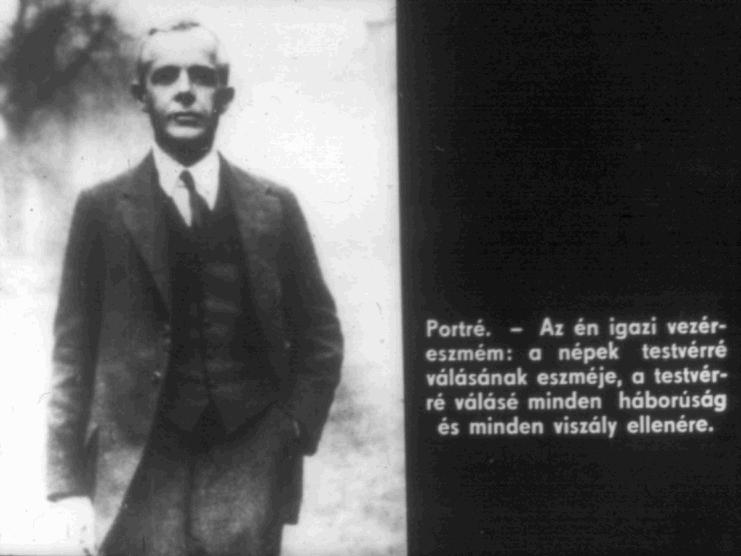 (Educational filmstrip on Béla Bartók from the Virtual Filmstrip Museum, an online collection created with the help of the Archives.)

As an accompanying event to Blinken OSA's exhibition Farewell to Spring, which presented the Eastern European movements of 1968, art historian József Mélyi gave a lecture on The Confrontation, a film by Miklós Jancsó, shot in 1968 and premiered in 1969. The full lecture is available at the Blinken OSA YouTube Channel (Part 1; part 2)! Mélyi claimed that Jancsó's movie "depicted a utopia, an illusion; that the popular ideology, folk dance, and folk traditions could unite everyone; that singing together could unify the police, the students of church schools, and that of people's colleges. . . . Is it possible to revive or appropriate the national thought? Where do the ruptures in Hungarian history lie? Is mending these ruptures possible? . . . These questions regarding ruptures, the origins of forming communities, and contemporary approaches to renew folk traditions, go way back. Béla Bartók, of course, served as point of reference to everyone, throughout the century. One text by Bartók has been quoted frequently."

The fragment also quoted by Mélyi comes from a letter Bartók had written to Romanian music historian Octavian Beu, on January 10, 1931:

My opinion is the following: I consider myself a Hungarian composer. Because some of my original works contain Rumanian folk music or melodies inspired by Rumanian folk music is just as little reason for calling me a Rumanian composer as it would be to regard Brahms, Schubert, and Debussy as Hungarian or Spanish composers because they have used Hungarian- or Spanish-style themes as the basis for original compositions.—You or other scholars—in my opinion—would be better served by ignoring these labels and confining yourself to remarking that “here and there, in this or that work, there are themes of Rumanian inspiration.”—If your notion were correct, I could be called a “Slovak composer” with the same justification, and then I would be a composer of three nationalities!

As I’m being so frank, I should like to give you some idea of what I think about all this:

My compositional work, just because it arises from three types of sources (Hungarian, Rumanian, Slovakian), might be regarded as the embodiment of the very concept of integrity so much emphasized in Hungary today. Of course, I do not write this for you to make it public; you will yourself beware of doing so, for such ideas are not for the Rumanian press. I only mention it as a possible point of view that I encountered about 10 years ago when I was attacked in the most violent manner by our chauvinists as a musical Scotus Viator.

My own idea, however—of which I have been fully conscious since I found myself as a composer—is the brotherhood of peoples, brotherhood in spite of all wars and conflicts

I try—to the best of my ability—to serve this idea in my music; therefore I don’t reject any influence, be it Slovakian, Rumanian, Arabic or from any other source. That source only must be clean, fresh, and healthy! Owing to my—let us say geographical—position it is the Hungarian source that is nearest to me, and therefore the Hungarian influence is the strongest. Whether my style—notwithstanding its various sources—has a Hungarian character or not (and that is the point)—is for others to judge, not for me. For my own part, I certainly feel that it has. For character and milieu must somehow harmonize with each other...

Mélyi concluded his lecture by noting that "the relative cultural opening of 1968 was followed by a freezing from ca. 1972-1973. The volume of these ideas of forming communities proved to be illusory, however, new, smaller paths also began with, among others, the dance house movement. By discovering these new, popular and social sources, Jancsó's The Confrontation addressed questions that were crucial in the late 1960s.

In my view, these questions are about to gain similar urgency today." 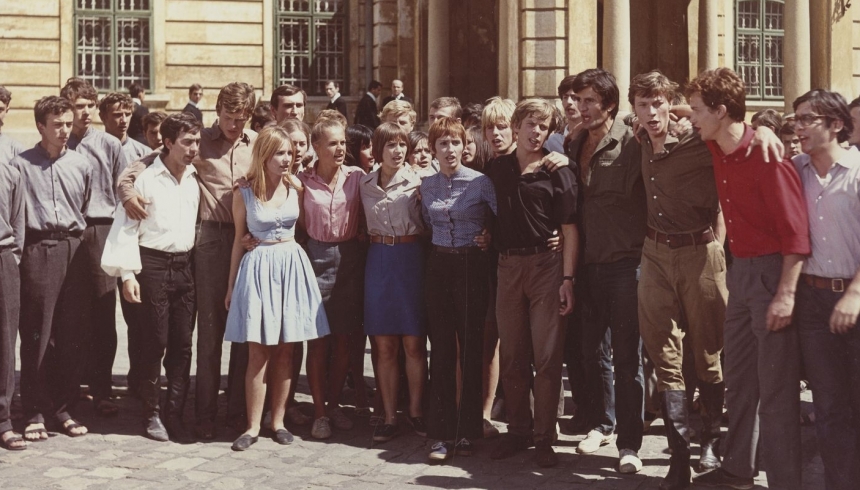 The Confrontation. Directed by: Miklós Jancsó, 1969.

Béla Bartók's ashes were returned to Hungary 43 years after his death, in 1988. To what extent was, at that time, the idea of "the brotherhood of peoples" part of the official canon's take on Bartók? The following text will not answer such questions, but definitely will provide an additional layer to its context. Its source: the Radio Free Europe/Radio Liberty Hungarian Radio Monitoring collection, preserved at the Blinken OSA. The Hungarian Monitoring Unit, operating at the Munich office of RFE, prepared transcripts of Hungarian state radio broadcasts. These transcripts are accessible online in the Blinken OSA Digital Repository! The following report aired on Kossuth Rádió, on June 5, 1988.

In one month, Béla Bartók's ashes will come home. Notes by Dénes Földesi:

- I'm still playing with a sentence I've just heard at a press conference. Béla Bartók Jr., briefing journalists on returning the ashes of his father to Hungary, recalled in great happiness the captain of the Hegyeshalom border control stating, "Using every option and regulation, we're putting our heart and soul into having a dignified reception at the border." Exactly one month from today, on July 5, at 12:30, our compatriot's ashes will arrive, and now, one month earlier, I'm playing with this sentence, and I don't know why, I'm contemplating on what the border control captain said; we're putting our heart and soul into it. This phrase had weared out decades ago, from private conversations and from public life as well. For decades, we had suffered even the loss of our words, as they were turned inside-out. Mátyás Rákosi became the wise leader of Hungarian workers. Who didn't frown, hearing the phrase "wise leader" in any form? . . . Even in name day greetings, with a clumsy flower at hand, we don't include "heart and soul" anymore. Unless we want to make others laugh! And yet, here I am, playing with it. And I feel good about it, because our sanity was not harmed after all, our words can be revived. . . . And together with our set of values, our national self-esteem may be revived as well. Even in death, Béla Bartók, our Béla Bartók, will revive it.