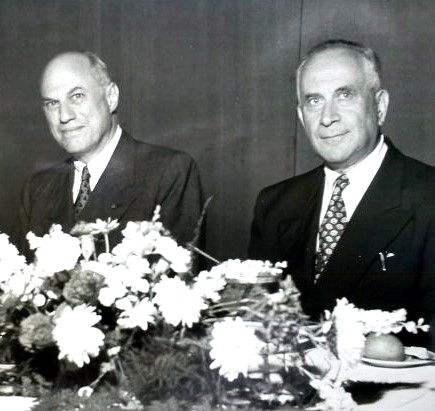 OSA is honored to announce public access to the first portion of the Free Europe Committee (FEC) compilation of Cold War digital records.

Additional encrypted messages from the period 1950-1960 (11 microfilm reels) will be processed in the second phase of the project. 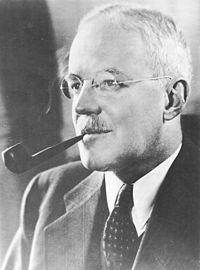 Allan Dulles
Originally, the collection came from the Hoover Institution Library and Archive http://www.hoover.org/library-archives  where it was stored since the early 1990’s. It arrived to OSA in 2014, on a total of 101 microfilm reels which were all digitized recently by OSA. It is important to mention that all of the paper records created by the FEC were destroyed after they were filmed on the microfilm reels. A careful look at the microfilm reels showed at least two groups of historical records. On one side there was a correspondence from the FEC Presidential Office together with numerous encrypted short daily messages; while on the other side, there were records, charts and graphics from the Engineering Department. Daily exchanges of encrypted messages between FEC in the New York headquarters and Radio Free Europe in Munich covered a variety of themes ranging from administrative, technical, political, and those relating the program directives for Radio Free Europe. Some of the messages are particularly interesting because they give an account of political and historical events, such the Cuban Missile crisis or the shooting-down of the US spy-plane over the Soviet Union, etc.

Once processed, these historical records will shed more light on the US’s Cold War initiative to combat Soviet influence and distortion of information in Eastern Europe. OSA hopes that the public access to the new FEC digital collection will contribute to the better understanding of the trans-Atlantic connections, émigré aspirations, the operation of Radio Free Europe and finally the FEC institution per se as valuable resources for further scholarly research on the Cold War era.

FEC was established in June 1949, in New York by the group of prominent American businessman, lawyers, and philanthropists (including Allen Dulles who became Director of the CIA in 1953), under the name ‘National Committee for Free Europe’ (NCFE). George Kennan of the Department of State is considered as the spiritual creator of NCFE. He pressed the National Security Council to reorganize covert action planning and management that led to the creation of the Office of Policy Coordination (OPC) with Frank G. Wisner as its chief in September 1948. Kennan proposed that OPC work through the “American Freedom Committee” to develop their operations abroad. The idea was to finance selected émigrés in their activities in the United States demonstrating a contrast to those in the newly installed, Soviet styled regimes in Eastern Europe.  Interestingly, at that time, only a few people knew that NCFE was actually the public face of an innovative, “psychological warfare” project allegedly undertaken by the CIA itself.

The US government wanted to provide shelter for refugees fleeing Communist regimes that had come to power in their Eastern Europe countries of origin.  Therefore, the history of FEC can be also seen from the perspective of Eastern European émigrés who started to organize on US soil into umbrella organizations and numerous national committees. As these national committees maintained contact with their homelands on the other side of Iron Curtain all the while informing US public, politicians, and agencies, the US government felt the need to further coordinate their activities firstly via the State Department and then by establishing NCFE in 1949.  Jon Foster Leich who worked for the organization for 15 years published an article in 1990, in which he described FEC activities concerning the European refugees as those that consisted of lobbying US government institutions and compatriot organizations of Eastern European immigrants in reaching their final émigré interests. However, there was also allegedly an increased interest of the US agencies (such as Department of State), to canalize the energy of those committees towards anti-communist activities under carefully coordinated activities on US soil.

At the time of its forming, the FEC consisted of four basic divisions: 1) The National Councils Division, responsible for the support of the émigré organizations that later formed the Assembly of Captive European Nations; 2) the American Contacts Division that informed American public about émigré activities; 3) the Middle European Studies Center for scientific research; and 4) Radio Free Europe, the most important broadcasting transmitting channel designated for listeners from the other side of the Iron Curtain. FEC established a most unique information tool for the US government that had direct consequences on winning the information war against the Soviet Bloc. Concerning Stalinist visible expansionism in the early 1950’s, RFE came as an improvised response with the sense of great urgency on the crisis situation. 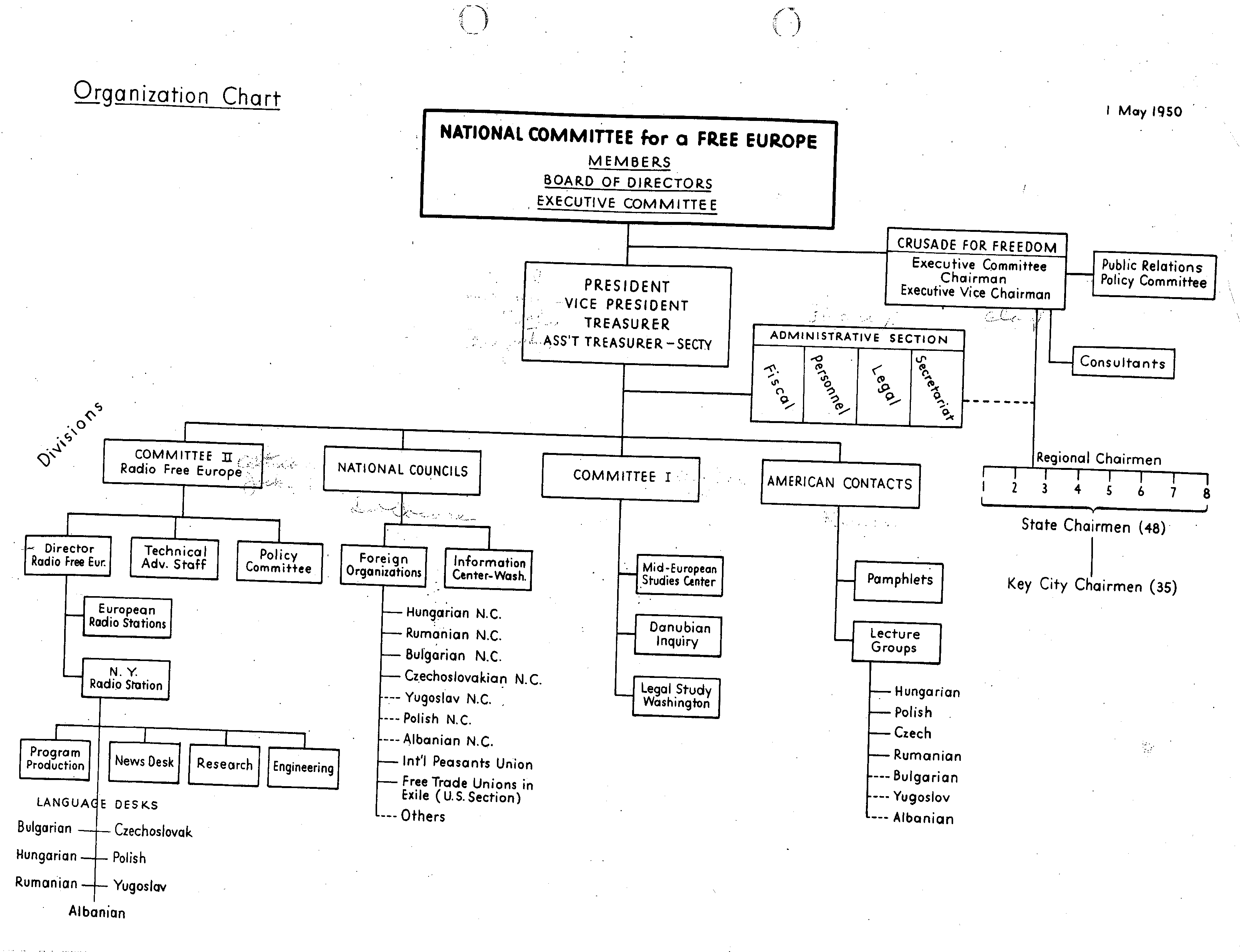 Image of the FEC Organizational Chart, May 1, 1950 (FEC Collection, OSA)

RFE began broadcasting behind the Iron Curtain on July 4, 1950. It aired programs to Eastern Europe in six languages, and thus, became a symbol of hope for those people in the Eastern Europe who lost the access to the external world. In achieving this goal, US government built transmitters that could reach target countries in Eastern Europe and by October 1951, full scale broadcasts to Hungary began.  In spring of 1952, broadcast opened to Poland and soon after, other national desks were established to transmit radio programs. FEC also launched the Crusade for Freedom, a secondary organization to collect the money from individuals, foundations, corporate donations, and coordinate other fund raising efforts necessary to support the RFE. All this was not enough as the costs of radio broadcasting always exceeded donations. Crusade for Freedom provided an ostensible buffer between FEC and the US government, creating FEC’s image as a private organization, rather than the secret service’s covert operation. 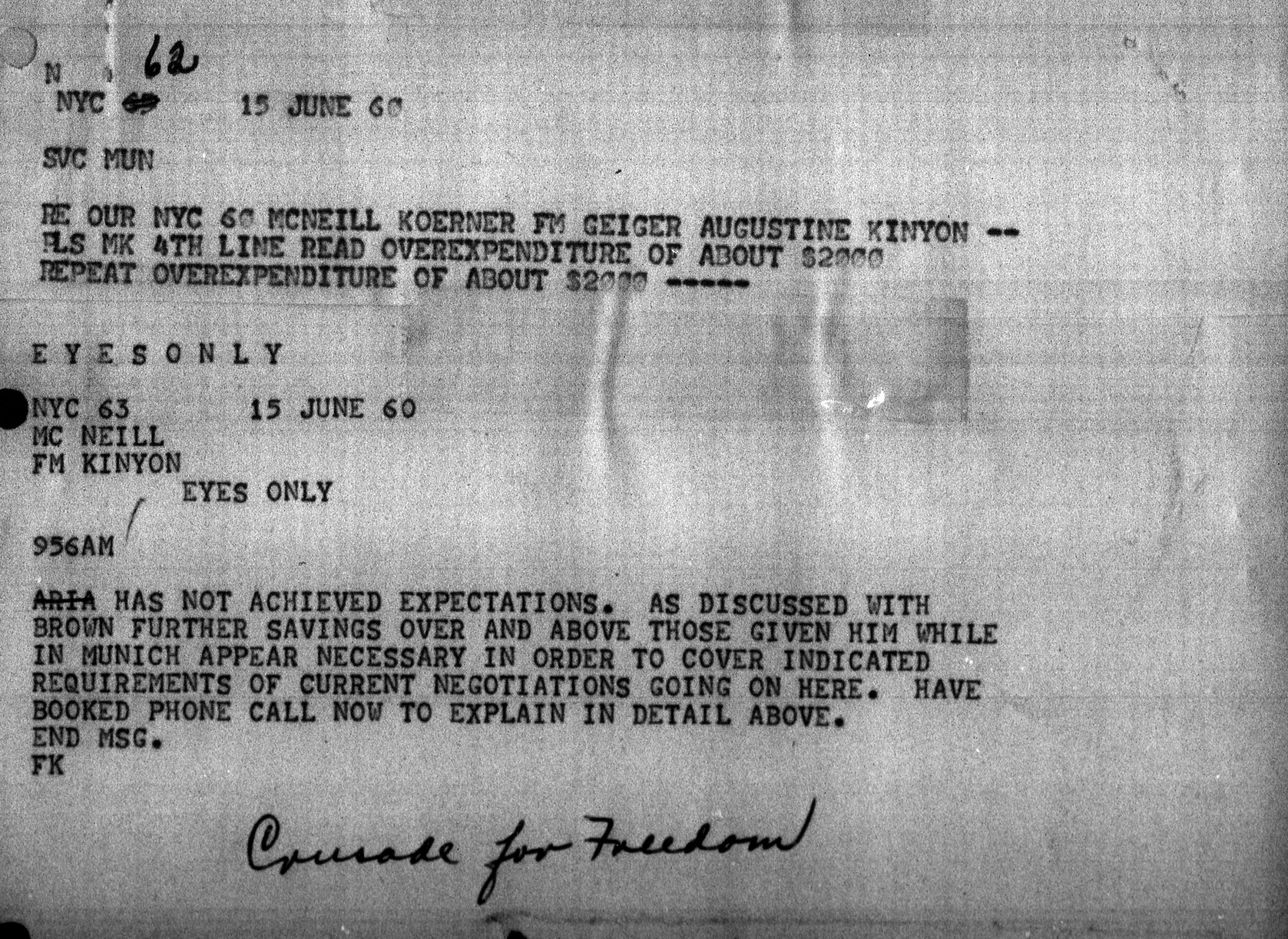 FEC was financed by donations that came from private individuals but the most valuable contributions came from large corporations, foundations, and allegedly, secret support from the CIA.  As time went on, the émigrés expected more financial support and opportunities to advocate for their political agenda to wider public. They had also hoped to have stronger impact on US politics toward the Soviet Bloc countries and soon it proved that in the period of rapprochement the activities of national committees became burden for US officials. This resulted in a gradual loss of financial support for émigré administration, their travel costs, information and social services. Although the financial support for the émigré was gradually phased out by the mid 1960’s, the CIA’s covert funding of RFE lasted until 1971, when a huge scandal broke out regarding the restructuring and financing of the radio’s broadcast. 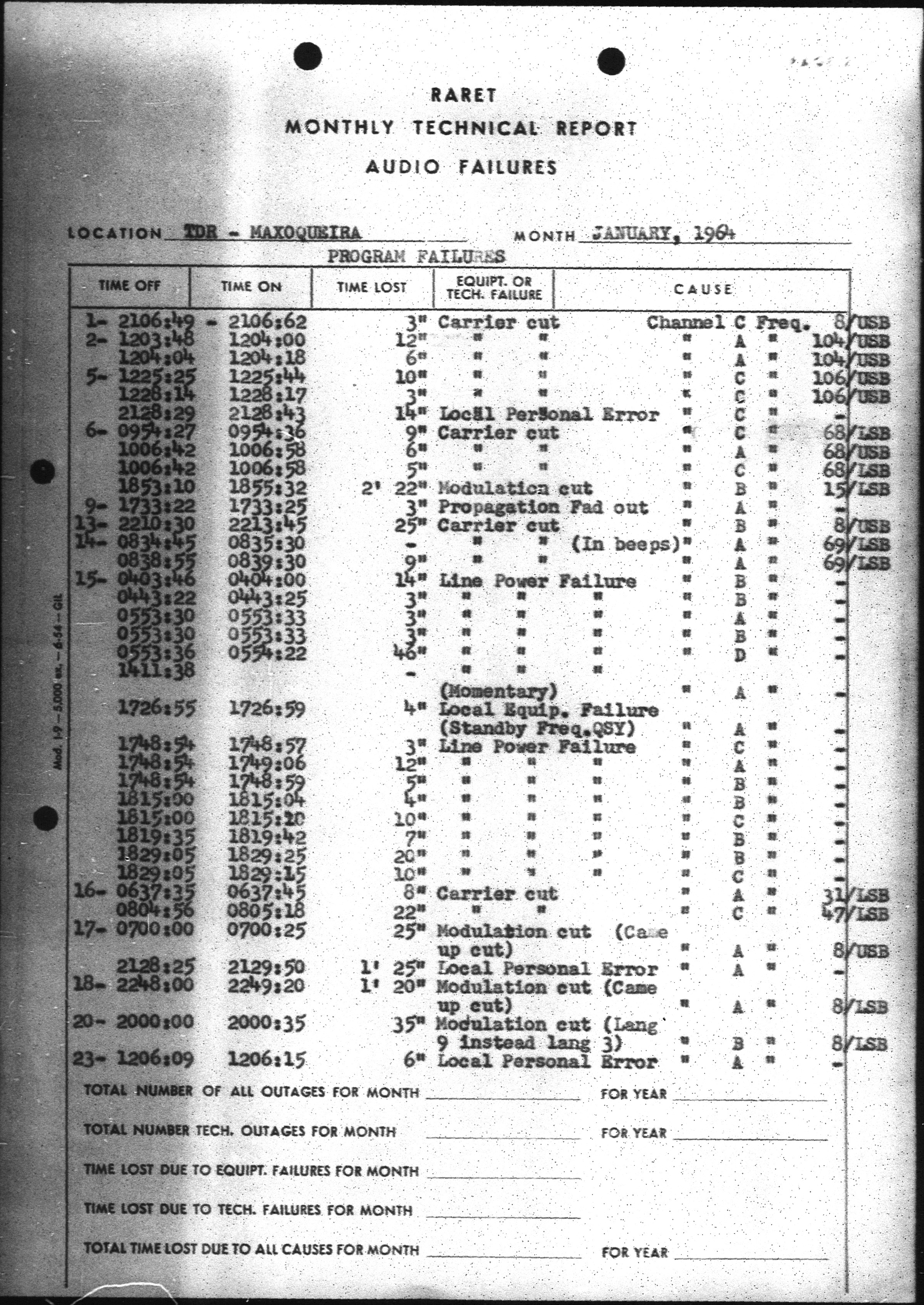 Looking back, the FEC can be considered a very unique organization with a specific role in the Cold War. The number of people involved, the money spent and efforts to gain public awareness all serve as evidence for its special role that still, today, needs to be re-evaluated and re-contextualized by the new researchers of the Cold War history.

As the processing of FEC digital materials is on-going process, I will continue to inform readers with more on the nature and the content of the encrypted messages in future posts.