Blinken OSA held a presentation and an in-house seminar to explore the possibilities of human rights archives’ involvement in documenting and presenting the global refugee experience. This was at the same time the concluding event of a four-month internship on the same topic, a program run by George Mason University and hosted by Blinken OSA. 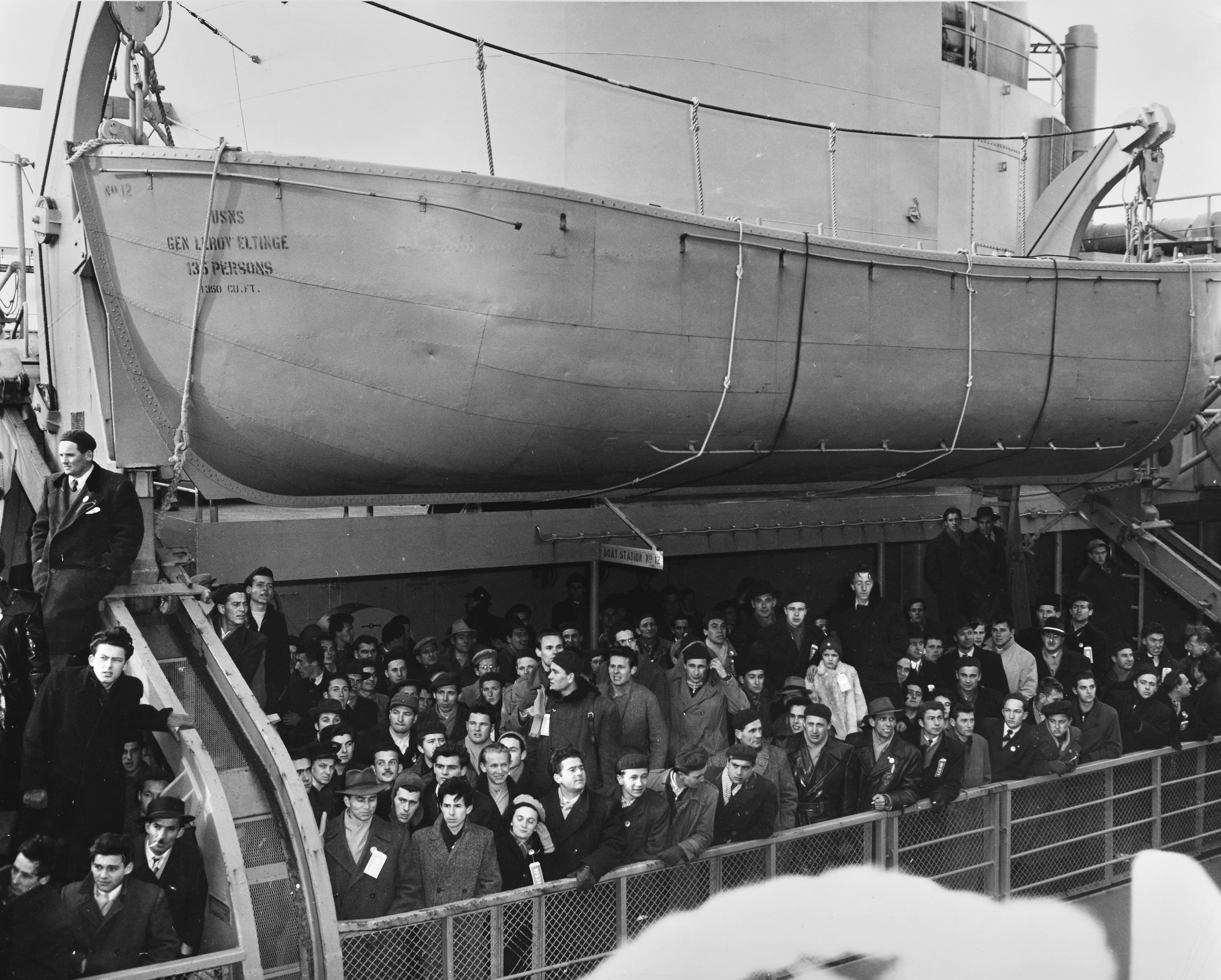 Our outgoing intern, Katie Lynch, a student in Conflict Analysis and Resolution, summarized her manifold activities, which included a thorough cataloging of documentary films on refugees and migrants from the archive’s vast Film Library, collecting and listing of relevant online projects dealing with the refugee experience, and compiling of a bibliography of relevant professional literature in archival studies.

The cataloging work involved a selection of close to 300 titles of recent documentaries, whose descriptive metadata was significantly increased to include the country of origin of the refugees, the type of experience they went through, a temporal coverage of the events included in the film, and, whenever available, a link to the official trailer. The data was then laid over an open source map (to be released soon) to increase access to and offer a visual representation of the film selection.

The subsequent in-house seminar began with the screening of Liquid Traces: The Left-to-Die Boat Case produced by Charles Heller and Lorenzo Pezzani of the Forensic Architecture research group. Their efforts focused on a case in which 63 migrants died while drifting for 14 days in the international waters closely surveilled by the NATO. Using digital traces obtained from remote sensing devices, mobile phone service providers, and other sources, they reconstructed how the events unfolded, and built a strong case to make all players responsible for evading their duty to help people in distress.

The event then continued with an open discussion among the participants, put in theoretical frame by a recent paper by Professor Anne Gilliland of UCLA, entitled “A Matter of Life and Death: A Critical Examination of the Role of Official Records and Archives in Supporting the Agency of the Forcibly Displaced,” which reviews and calls for rethinking of types of documentation, archival practices and theory vis-à-vis past and current experiences of displaced people.

Discussants explored the possible roles that human rights archives could play in the ongoing global refugee crisis. These included the creation of research assets from relevant archival sources to put the current situation in a historical context, as well as cooperation with NGOs dealing with refugees to archive individual and collective refugee memories, and to create digital storytelling platforms for their promotion.