Yesterday night, László Rajk, architect, design artist and politician succumbed to a short, severe illness which he accepted with superhuman dignity. He was one of the few courageous and honest men in the country. 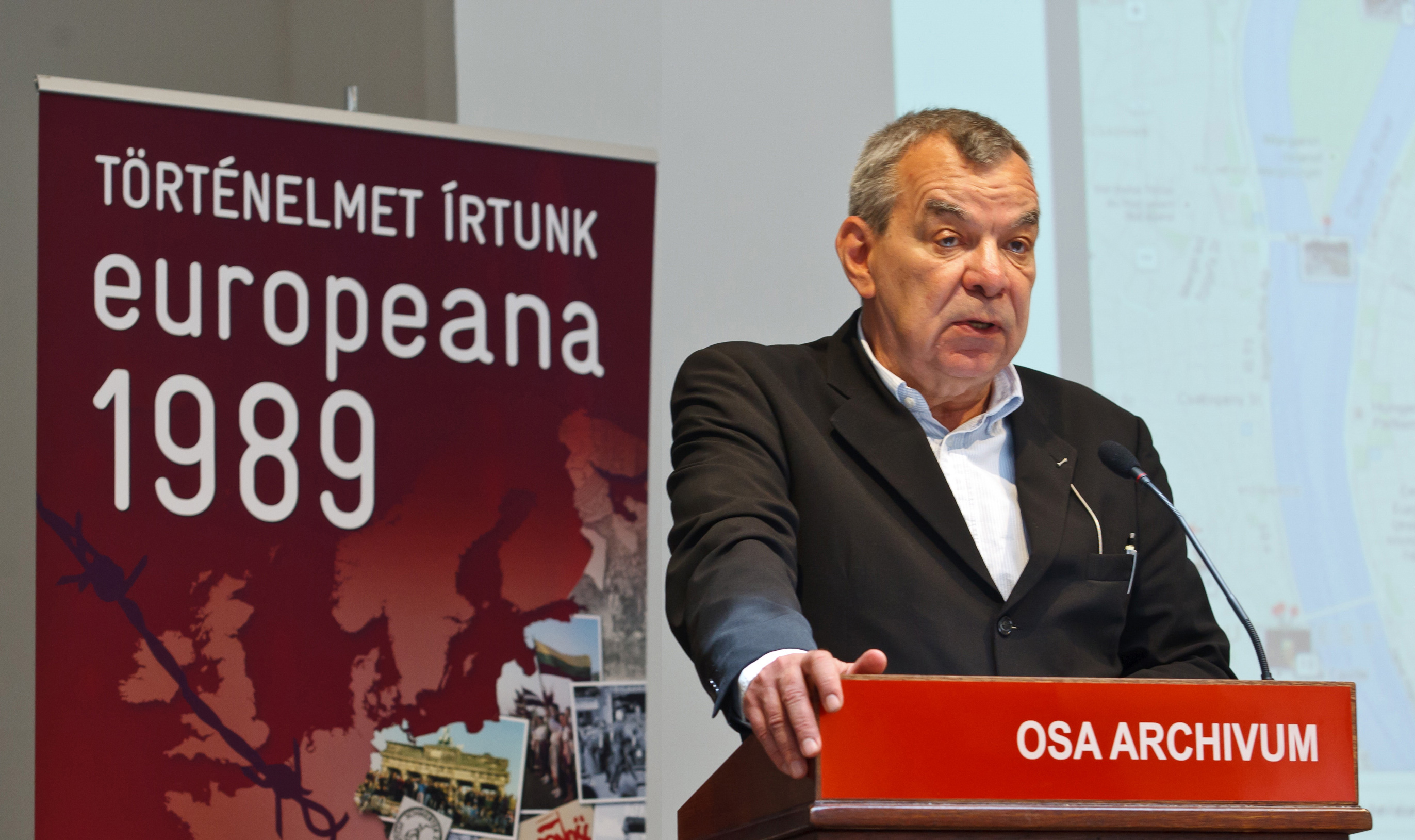 He died at 70, almost exactly 70 years after the showcase trial of his father had begun. Since his birth, Rajk was persecuted by all regimes. When he was barely six months old, the Rákosi regime imprisoned his parents and put him in state care for years under a false name. He knew his mother only in 1954 when he was 5. When he was 7, he stood at the side of his freshly released mother by the coffin of his rehabilitated father at the funeral; this event was a precursor to the 1956 revolution. After the revolution, in November 1956, he was among the prisoners transported to Snagov, Romania. Later he became an architect, who not only worked at his desk, at least as long as the Kádár regime allowed it, but also went to do masonry and carpentry work himself. As an important figure of the neo-avant-garde artistic scene in Hungary in the 1970s, he was the visual designer of 40 theater productions.

As opposed to many who joined the oppositional movement as late as in 1988 when it meant no risks anymore, Rajk first started to design, organize and, if needed, print Samizdat publications, and distribute them from his home in 1981, risking to lose job and home. He became one of the most important, courageous, multilingual, well-educated yet plebeian members of the democratic opposition, who had first-hand experience about those living in destitution. He spoke their language, too, heard their voice. He lost his job, was evicted from his flat, could find work only under someone else’s name. As he was banned from architectural work, he became a prop and visual designer, one of the best in the world at that, winner of awards at the most prestigious festivals. He designed the best known museum installations for the memory of the Holocaust and the 1956 revolution, including the powerful Hungarian permanent exhibition at the Auschwitz camp, the biggest cemetery of Hungarian Jews.

He was not only talented but also strong, brave, unbreakable and uncompromising. He was among the first to deliver aid, both for Hungarians and Romanians, in battle-stricken Romania in the winter 1989. He was the only parliamentary representative after 1989 who gave back his mandate because he morally could not support his party involved in corruption scandals – far smaller than today’s ones. Despite his being a representative and assuming a political role, he never became a career politician. He was always critical with his politician friends, castigated his party for its weaknesses, and remained principled, and solidary with the helpless, the needy and the humiliated. Truthful to the slogan of the regime change poster: he could, dared and did what he had to do, what integrity, common sense and equal dignity for all required.

Rajk could not work as an architect in the Orbán regime either; he was on the black list, just as before 1989. The memorial of 1956 he designed for the city of Veszprém was removed by the FIDESZ government on the 50th anniversary of the revolution.

He was a free and autonomous person every day of his life; that is why every regime wanted to break him and block his creativity. But Rajk remained free in the space he felt vast, and happy, falling no victim, protégé or indebted to anyone. Rajk was always his own master, a model for all self-respecting men in this unfortunate country.