Author(s):
Blinken OSA
Tweet
In February, when we recapped the first event of the Re:Verzió series below, we couldn't know that the program was soon to be cancelled due to the COVID-19 pandemic. We were aware of the disease, but not of the fundamental impact it was about to have on our everyday lives, once evolving into a pandemic. Compared to the initial bewilderment, we face the second wave with considerably more knowledge on the behavior and the spread of the virus; and still, the access to information has become an even more pressing issue. In retrospect, the documentary Colectiv and the discussion following its screening at Blinken OSA both proved to be revealing. Meanwhile, local elections in Romania were held this week; Nicușor Dan, an activist and independent politician, became the new mayor of Bucharest, while District 5 of the city elected the same Cristian Popescu Piedone as its district mayor, who had to resign after the Colectiv tragedy, and who had been sentenced to 8 years in prison for abuse of power. His appeal trial also started this week.

Re:Verzió, a series of free screenings of the 16th Verzió International Human Rights Documentary Film Festival's most popular films. The screenings are followed by discussions with filmmakers, local experts, journalists, and human rights activists. The first event of the Re:Verzió took place at Blinken OSA, with the documentary Colectiv and a talk with health policy analyst Gabriella Lantos and lawyer Márton Asbóth. 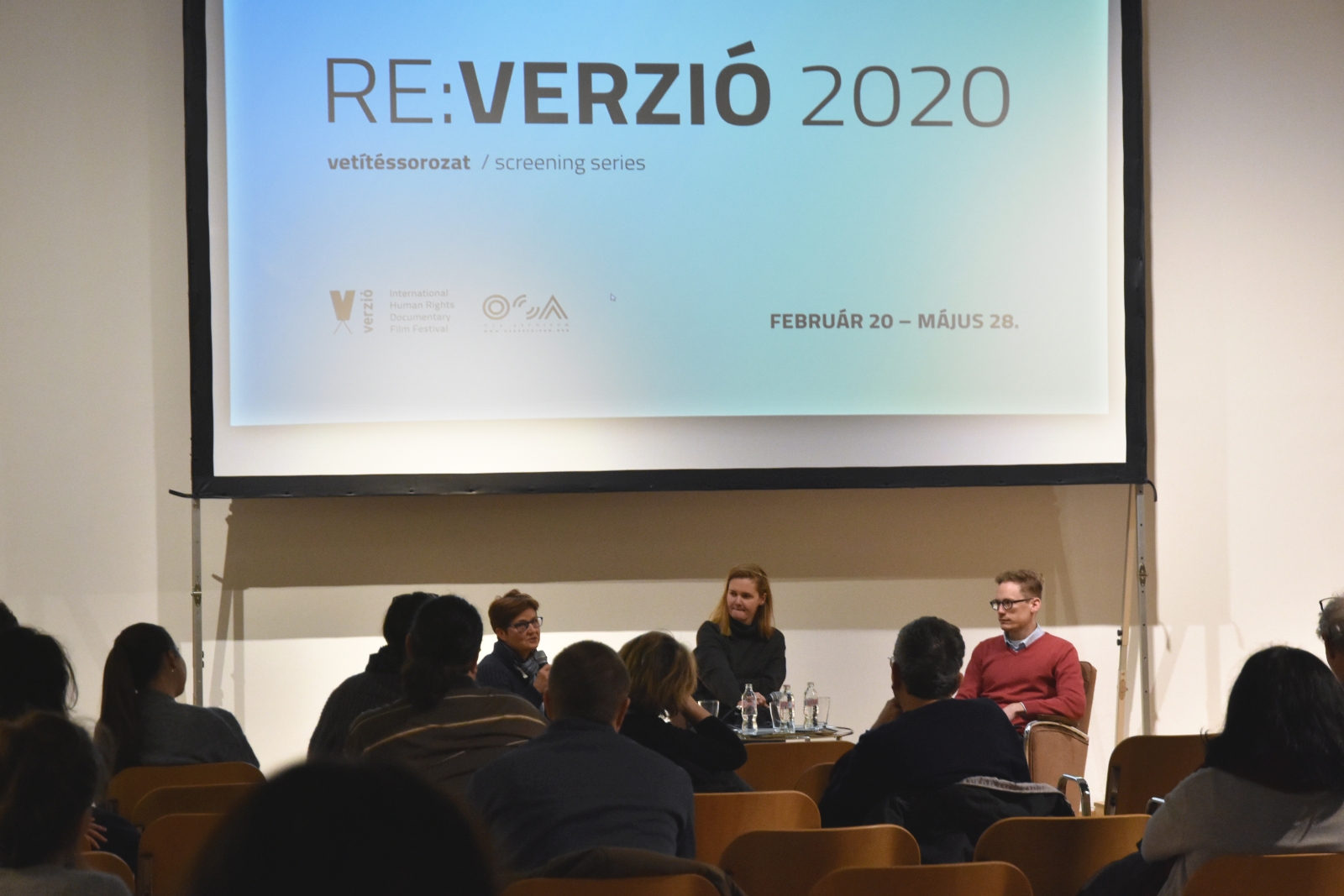 In 2015, a fire broke out in Colectiv, a music club in Bucharest, Romania, killing 26 people on site, and injuring 146 others. Once revealed that the authorities had been well aware of the venue's lack of fire safety certificate, the tragedy became a political scandal, provoking a wave of protests; first, an involved mayor resigned, then the PM and the whole government as well, and was replaced with a technocrat government. Film director Alexander Nanau began filming Cătălin Tolontan's team of journalists when a further 38 people died in hospital, not necessarily with serious burns. While the official statement rated the hospital service excellent, rivalling Western institutions, Tolontan's team, with the help of whistleblowers, uncovered that the majority of those 38 deaths was caused by hospital-acquired infections. Infections were made possible by overdiluted fertilizers, produced by a profit-oriented pharmaceutical company that had been the supplier of several hospitals owing to political connections and bribed hospital directors. Nanau compared the case to Chernobyl; when facing a crisis, the state chooses to cover it up. However, Tolontan and his team proved that in this case there was more than a simple accident involved; in the end, the tragedy at Colectiv lead to the partial exposure of the systemic corruption pervading the country's health care system.

The screening at Blinken OSA was followed by a discussion between health policy analyst Gabriella Lantos, former Operational Director at Róbert Károly Private Clinic and Márton Asbóth, Director of the Privacy Project at the Hungarian Civil Liberties Union (HCLU). Lantos claimed that although double-checking fertilizer purchases is not customary in the Hungarian practice either, the system is not crooked to the extent as it is in the Romanian case. Asbóth, however, stressed that the documentary captured a Romanian state, crooked as it is, that seemed more accessible than the Hungarian; in Hungary, a press briefing where journalists can question or even challenge a minister is unthinkable. “The health system may be in a better shape, but the same is less certain in regard to political and public life conditions.”

In 2017, HCLU launched an awareness-raising campaign lead by Asbóth to map hospital-acquired infections in Hungary, the frequency of which may damage citizens' fundamental right to safe medical care, and yet, public information on the issue is scarce. Such information should be made accessible, however, according to the Ministry of Human Capacities, that would be “irrelevant, incorrect, false, deceptive, scaremongering.” Talking about Colectiv as much as about the conditions in Hungary, Asbóth said “no matter what challenge hospital infections pose, covering it up won't help,” claiming the failure to inform citizens to be unlawful. The HCLU campaign collects, anonymizes, and categorizes hospital-acquired infection cases, and reports them to the National Health Centre (NNK), or its predecessor, the National Public Health and Medical Officer Service (ÁNTSZ), demanding the necessary inspections and sanctions. Gabriella Lantos acknowledged that her experiences also had shown that regulations in Hungary are more-or-less acceptable, the ÁNTSZ visited the Róbert Károly Private Clinic every three months, and would have shut it down immediately, had it found something out of order. The same, however, is quite unimaginable with state hospitals. Public information requested by the HCLU confirmed this; private hospitals receive markedly, sometimes ten times higher fines than state facilities. Which proves that the problem is not with regulations, but their implementation; were regulations realized, several hospitals would have to be shut down.

The head of the ÁNTSZ is appointed by the minister, therefore, if it is not fulfilling its duties, that is with the minister's consent, explained Lantos. And if the ÁNTSZ is not fulfilling its duties, she continuted, neither will hospital directors; “as long as patients and voters are kind enough to put up with this, it will not change.” The fact that the ÁNTSZ, an otherwise well-organized institution employing fine professionals, is not fulfilling its duties, or that Hungarian citizens apparently made their peace with, for example, the distortions in the published data on ambulance arrival times, means, as far as Asbóth is concerned, that some issues have no political value; of course, this is what the HCLU campaign is trying to change. As patients and as citizens, victims of hospital-acquired infections and their relatives can decide to bring a civil proceeding, not only demanding compensation (an overly complicated process), but, indirectly, have an impact on the quality of medical attendance. Another civic option, according to Lantos, is to refuse to tip doctors. “Gratuity is a cancer in the health care system,” and until people prefer supposed informal advantages to a structural reform, which would require political pressure, there will be no progress. “What can citizens do? Reject under-the-table payments.”

Colectiv is not a film telling an uplifting story of how a corrupt health care system was fixed. “I'm merely trying to give more information to people about the powers forming their everyday lives,” summarizes Tolontan his duty as a journalist, also outlining the limitations of journalism. Seemingly, it is only him and his team, employees of a sports magazine, who are investigating the corruption case; the health minister of the technocrat government, losing the next election to the populist party that returns to power not long after its failure during the Colectiv scandal, cannot finish his work. Colectiv is a film telling a story about how investigative journalism's success in uncovering corruption may be in vain, if, at the same time, the one's in power are also successful in pacifying people's collective will to demand consequences. Even if, previously, mass protests had been succesful in demanding the government's resignation, and blood donations reached an unprecedential level.

The next event of Re:Verzió will take place on March 5, with a screening of The Euphoria of Being.