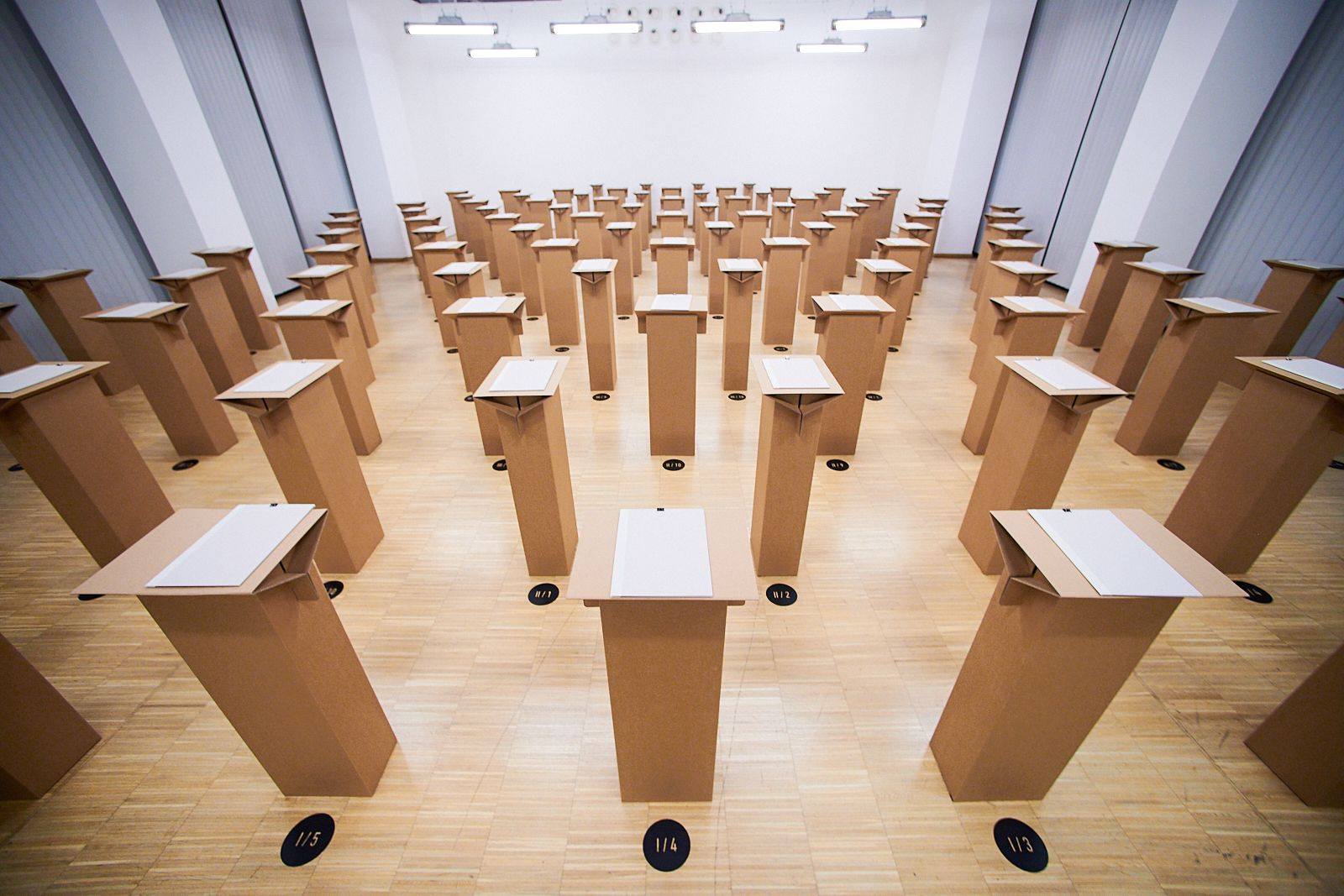 The exhibition that I am about to open is not a standard exhibition.

As you can see, there are no pictures on the wall.

What you get to glimpse into here is a collective, hidden family photo album. Almost everyone has a relative who decided to leave this world voluntarily. Almost everyone has a close family member or distant relation who left us this way: Even if they might not know about it. What is presented here is an accelerated history course for intermediate students. Exam question: How could one get through the period between the Sixties and Eighties in Hungary? Give extreme examples for adaptation and rebellion from the history of your family. The photos exhibited here show various forms of total adaptation and all-out rebellion.

When I first looked through the selected images, my first impression besides being shocked was, surprisingly, a strange familiarity: I had an eerie realisation that although I’d never seen these pictures before, I intimately knew their atmosphere, I knew the world which these black and white windows of time led us back to. I knew the small courtyard paved with yellow ceramic stones where the grotesquely twisted body of a woman lied. I knew these tenement houses, I knew these tiny micro-district rooms crammed with old furniture, the worn out, white tiles, the mouldy caulk, the spatter pattern, grey linoleum floors, the aged Moquettes, the damp walls, the clothes hanging on the back of a chair in piles. People in my generation or older will all find certain details on these photos that are familiar to them. An item. An alarm clock, a table lamp, a crochet curtain, a knitted wall protector—just like the one they used to have. They will marvel at the PVC flooring that they had in their own kitchen. They will stare at the hand or foot hanging out from under the quilt, and they will think of their aunt, niece, or a cousin they rarely speak of anymore. Someone might come in here, into this room, recognise a childhood scene, all choked up, and realise that the grandfather who they were told had died in a heart attack or defected to Australia, the grandmother who had passed away so suddenly had actually hung or poisoned themselves. There will be someone quietly nodding looking at the hand hanging out from under the quilt and at the faience bowl on the dresser: It all makes sense now, this was the missing piece in the obscure narrative, this explains the silences, the desperate efforts to cleanse and remodel the places and the past.

Of course, it is not exclusively about family history. In the period portrayed by the pictures, Hungary had the highest number of completed suicides in the world. What a strange expression: Completed suicide. It reminds us of how many lives continued as incomplete suicides, how many people suffered through their lives after a warning attempt or a missed opportunity out of fear, remorse, or a sense of duty, only to let cancer or alcohol finish what they had not dared to.

Some suicide notes are objective and try to make it easier for the living left behind. The departing leaves some money for them, prepares the attire they will have to put on him for the service. Some absurdly reminds them that they have a referral to the Balatonfüred Heart Hospital for September, and those left behind should make sure that someone else gets their place in time, and another simply states in their letter to their mother that they died of a lack of love. One of the most emotionally shocking warning notes was written on a piece of cardboard, nailed to a ladder: It stopped the one arriving at home at the door, probably the other parent, and asked them to not let their daughter, Dorka enter the room. I keep thinking about Dorka. I wonder how old she was at the time and what she might be doing now? I keep wondering whether she knows what had happened back then, or she was also told some made-up story about how she became a half orphan. Whether she will carry the story on, and if she is still alive, does she have confusing thoughts about the meaning and continuation of life? Does she live the way her parents died, and does she live here, where they had to live and die?

I myself have never condemned suicide, I have always been empathetic towards those who decided to push a chair to the window and fly away, away from the confinement of that small room, away from a suffocating life in which fate had constrained them, or the ones who took a bottle of sleeping pills because they were exhausted and they didn’t want to wake up ever again. Géza Röhrig told me once during a conversation that he considers suicide a much bigger sin than murder. Because one does not have the right to think—he looked into my eyes—that God is picking on them personally. Nobody has the right to give such significance to their own pain or grievances, no matter how big they are. Another deeply religious friend of mine thinks just the contrary. A few years ago, when he was persecuted and incriminated, he felt he cannot go on, and he had a serious crisis. Despite being a practicing Catholic, he was tempted to quit. He told me that he was certain that his God would forgive him. God would know that he fought to the bitter end, but he had no more energy left. He was certain, he said, that God would see his struggle, and he would understand why he gave up in the end. This seems to contradict every single Catholic doctrine, still I feel that it is a proof of the deepest possible faith, as even in the depth of desperation, there is an ultimate trust, the hope of redemption.

As a writer, I know how difficult it is to make suicide look authentic on the pages of a book, how hard it is to make the reader believe that a character had really no other way out, and this seemed to be the only possible, logical solution to them. To be able to write down such a situation, you have to think it through and experience it. Not just identifying yourself with the character, as an amateur would do, but in a much deeper way, understanding the conditions and the character’s personality. You have to know what the room where the character makes their decision smells like, what time it is exactly, how the furniture is arranged.

When I told you I knew these people, I was only partly exaggerating. I might not know them personally, but I know the country, I know the city they lived in. I know the past, and I think I know the present in which this past continues to live wedged in, continues to die, continues to be postponed. A residue of incomplete lives and partially denied deaths has accumulated here, which leaves the next generation the dreadful and impossible task of cleaning up. These flats are still inhabited, as we also inhabit our lives. We have redecorated, the council has sold the flats, new owners have rearranged the layout of the rooms, as we have also rearranged our city. We have built new facades and hung new messages on them. But that’s not enough. The real work has not been done, the secrets are canned up, and this archived, choking airlessness is creeping up from the cellars, infiltrating our lungs and thoughts. This selection, just as literature, releases this a little in its own way. Not by fact-finding but by relentlessly repeating that indeed, the web of the law does exist, and even if it breaks here and there, we still sense its strings. Literature exposes the same things in a concentrated form that these photos hint at with their unique poetics. They are also condensed messages from a world that we like to think of as bygone, but which is not. One of the suicide notes is placed on top of a newspaper with these easily legible, printed words next to it: Holiday, Appeal, Penalty. This is a story in itself. On another picture, we can see a sticker of a cartoon cat on the bottom of an old, peeling door. I could have put it there, I loved that cat. You could have put it there. On the third photo, there is a copy of Film, Theatre, Music our parents used to read, with portraits of long dead actors on the cover. On the fourth, we can see a television magazine, maybe the deceased had marked a few programmes in it before they decided against continuing to entertain themselves with the endlessly rolling pictures of the world. On a fifth, someone, who wanted to travel far away, was reading a book on Africa lying in a heavy solid wooden bed. You can sense a strong longing in the picture to get out of that small, crammed room. It’s clear from the pictures taken in hospitals that those committing suicide, after a brief consideration, opted for the most drastic, simplest, fastest treatment: to get rid of their pain instantly. All in all, it seems they have chosen to abandon an undignified life in hope of a future they felt was still more dignified.

Before we face the pictures of the past, I have a request: Let us think about how many are still living without dignity, suffering from illness, in a hole full of rats, in a pit dug into the ground, between damp walls, struggling with pain, hunger, loneliness, and poverty. How many are denied a dignified death. When are we going to take them into account, and when are we going to think about whether postponement really means respite? Think about whether it is really the past conveyed through these pictures, or it is the endless, eternal present of our “extorted, absurd life”. 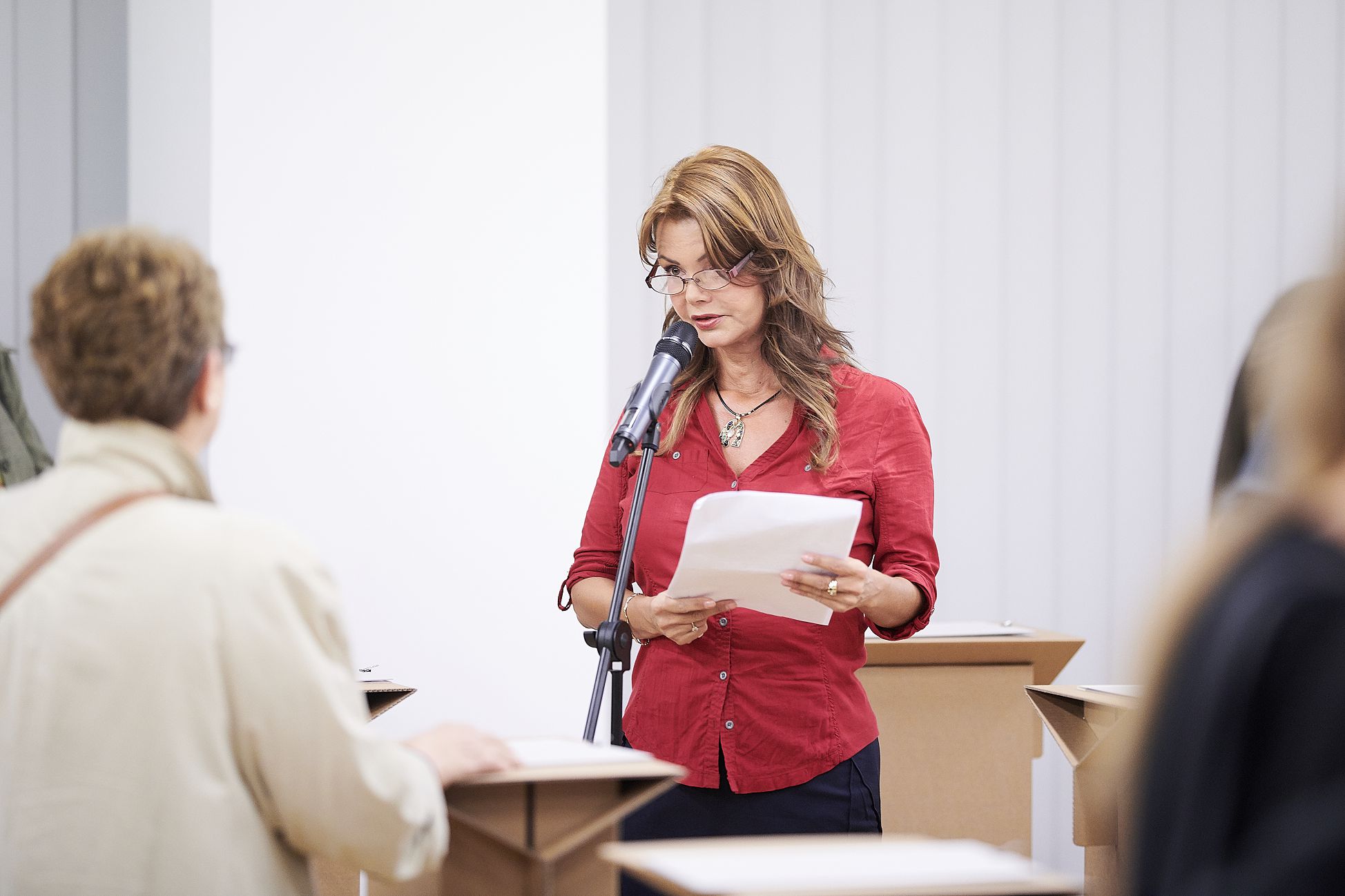