Prime Time Nationalism: The Role of TV Broadcasts/Archives in the Aftermath of the Yugoslav Wars – A Conference Summary

The Vera and Donald Blinken Open Society Archives (OSA) organized and hosted an international, cross-disciplinary conference and workshop on May 13-14, 2016. 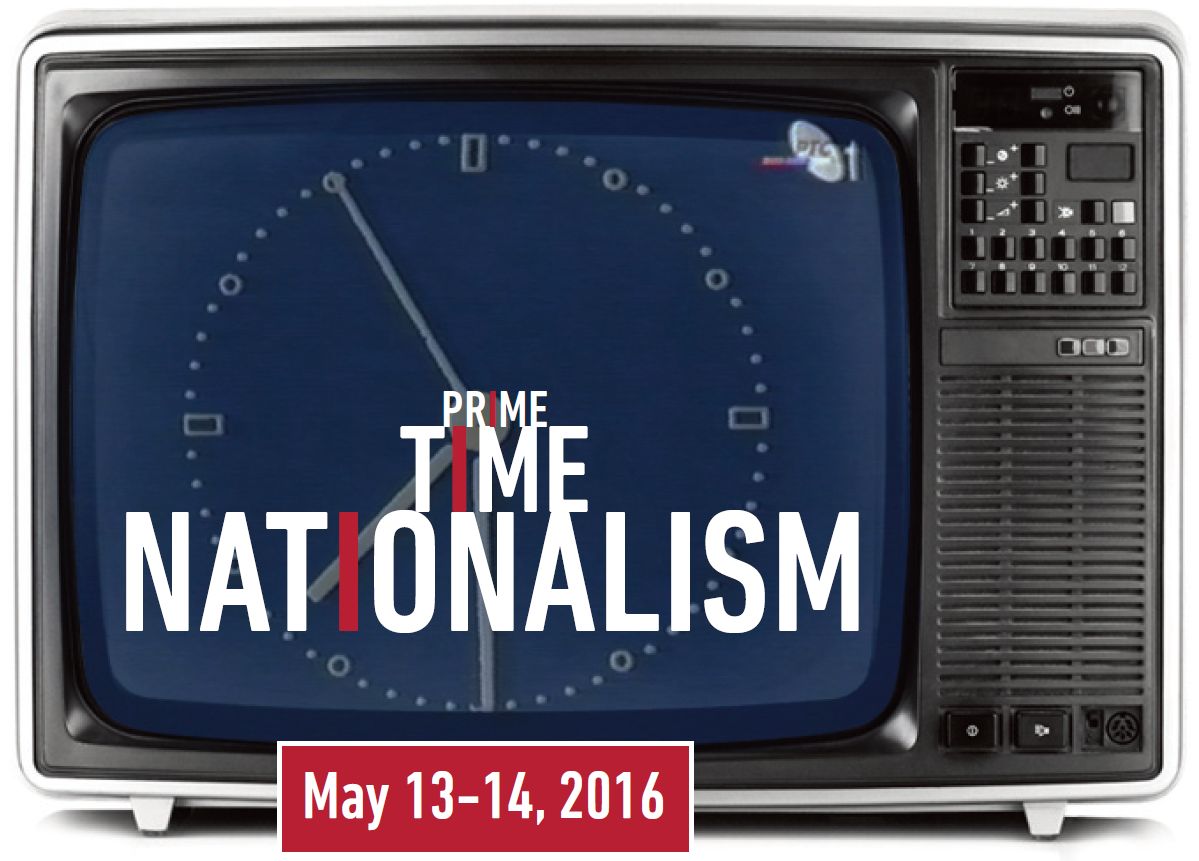 Quite unusually, OSA turned inside-out one of its ongoing projects, that is the re-archiving of more than 2,000 videotapes of Bosnian, Croatian and Serbian prime time television broadcasts from 1996-1999. This project is part of a more comprehensive effort to create an online, post-WWII historical archive of Yugoslavia from the records available at OSA (the Yugoslavia Archive Project.)

We invited internationally known media scholars, visual artists, filmmakers, political scientists, social anthropologists, lawyers, and journalists to get familiar with this work in progress and offer their thoughts on it. With their help and expertise, we hoped to get a better understanding of the nature of politically controlled, state television, and how it influenced and shaped events, national identities, political discourses, memory and reconciliation after the recent wars in the former Yugoslavia. At the same time, we were keen to learn more about their experience in archiving, as well as in reusing, re-contextualizing and performing the archives of television broadcasts in diverse, concrete projects. 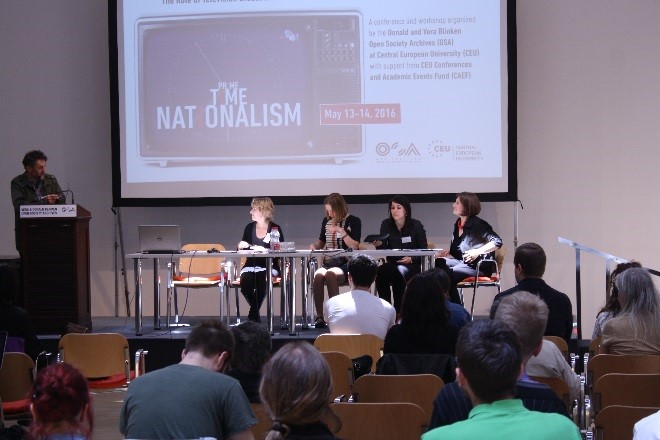 The conference opened with a panel on TV broadcasts as a source for historical and social science research.  Ildikó Erdei (Associate Professor, University of Belgrade, Serbia) began with evaluating how state television treated citizen protests in the late 1990s in Serbia and how citizens reacted to such interpretation of events, warning us also of the recent resurrection of similar media manipulation techniques. Sabina Mihelj  (Professor, Loughborough University, UK) offered cross-country analysis of media discourses on nation and migration, and national belonging, as well as history and private life presented in broadcasts, including news and popular genres. Snježana Milivojević  (Professor, University of Belgrade, Serbia) talked about the mediatization and representation of the past in current practices of memorialization, archives as ‘silent’ storages of memory, and methods and problems of archiving media in the digital age. Pointing to the next panel, the work  Fragments Untitled  by  Isidora Ilić  (video artist and writer, Serbia) explored the politics of media images from the last decades of Yugoslav history as montages of memory, by actualizing segments of footage that were previously invisible, repressed or forgotten. 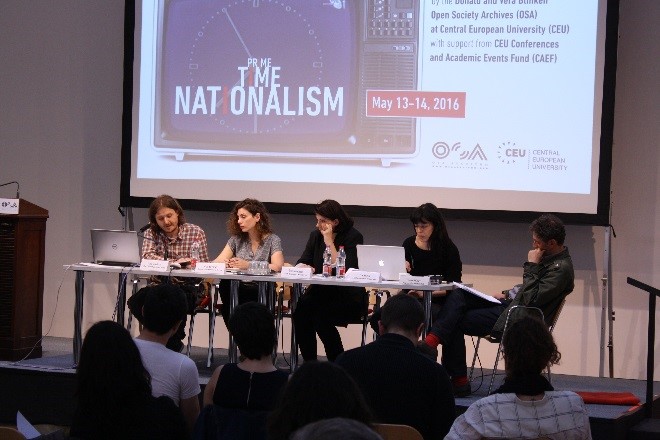 The second group of presenters reflected on problems regarding archiving, (re)using and performing the archives of TV broadcasts.  Ivica Ðorđević  (Author and Editor, Media Archaeology Group, Serbia) browsed through the treasures of private and amateur audiovisual archives to reveal that archiving and reusing forgotten archives are apt methods of critically interpreting social phenomena. Mila Turajlić  (Documentary Filmmaker, Serbia) talked about the rules of engagement that she developed in working innovatively with film archives in order to reposition the archival footage from being merely historical evidence into an instrument of historical visual discourse. Šejla Kamerić  (Artist, Bosnia and Herzegovina) talked about and presented her art work Ab uno disce omnes which relies on forensic materials accumulated in the aftermath of mass atrocities in Bosnia and Herzegovina. The art work now stands as a living memorial in the form of an open-ended database subject to contemporary interpretation. In her art work  25 May and I ,  Iva Kontić  (Artist, Serbia) reconstructed a widely televised mass gymnastics event with her solo performance framed by video recollections of former participants in order to examine her own memories of and relatedness to the historical event. 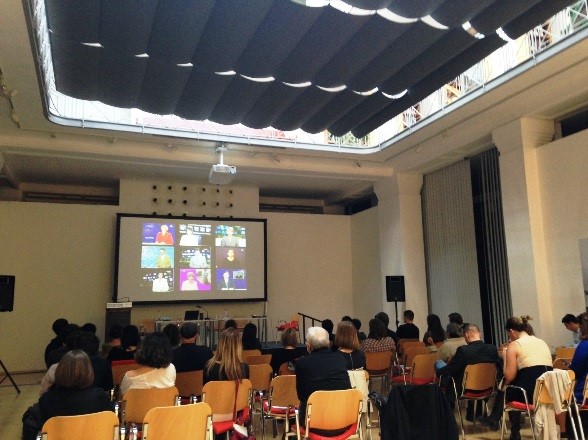 The premiere of the film entitled  Room without A View: Inside the Processing of Former Yugoslav TV Broadcasts  framed the first day, while it also served as an introduction to the next day. This experimental video documentation of the re-archiving project offered insight into our alternative, self-reflexive and transparent cataloging. It revealed epistemic questions and methodological dilemmas mostly connected to archival intervention, as well as recording microhistories and thus strengthening the voice of ordinary people featured in the broadcasts. Some of these issues were further elaborated during a Q & A session that followed the screening. The film (along with the recordings of the conference panels) will be available on OSA’s  YouTube  channel soon. 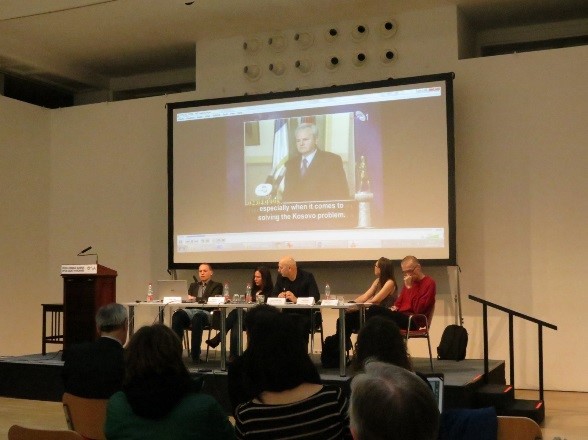 The second day began with a discussion on narratives of identity and victimhood, and memory. Novak Vučo  (Assistant Prosecutor, Office of the War Crimes Prosecutor, Serbia) analyzed Serbian TV reporting on the arrest of the first people indicted by the ICTY and on the early stages of the armed conflict in Kosovo. Katarina Ristić  (Research Associate, Helmut Schmidt University, Germany) developed the topic further by examining more recent reporting on ICTY cases, categorizing the news items and analyzing how the war, victims and perpetrators were portrayed and visualized. Hariz Halilovich  (Associate Professor, RMIT University, Australia) spoke about competing visual memories constructed from above (TV) and from below (personal memories), focusing on some iconic images of the Bosnian war and the representation of everyday life in video letters and home videos from Srebrenica. Elissa Helms  (Associate Professor, Central European University, Hungary) presented the theoretical frame and discussed prevalent examples of the gendered national narratives and victimhood images in Bosnia. 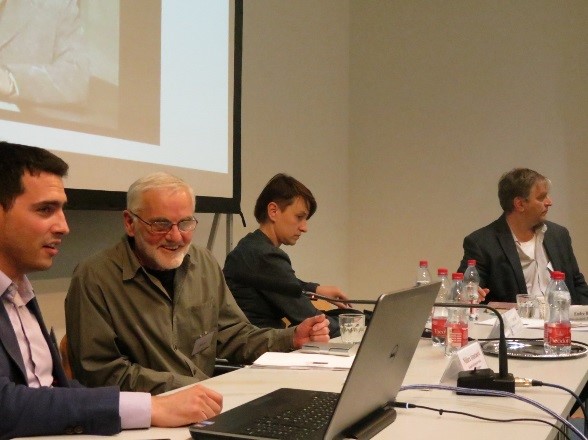 The closing panel of the conference examined the lasting effects of TV propaganda on national discourses and regional reconciliation.  Nidžara Ahmetasević  (Journalist and Independent Scholar, Bosnia and Herzegovina) analyzed how hate speech was qualified in the Karadžić judgment, and how it permeated and persisted in contemporary Bosnian-Herzegovinian society. Sven Milekić  (Journalist, Balkan Investigative Reporting Network, Croatia) reported on the survival of (the promoters of) nationalistic narratives and vilification of the wartime other in the Croatian television, while Lazar Lalić  (Journalist and Film Producer, ARHITEL, Serbia) spoke about somewhat similar media content in the Serbian television controlled by politicians and media moguls, noting that cooperation between media professionals in the pursuit of change was very rare. 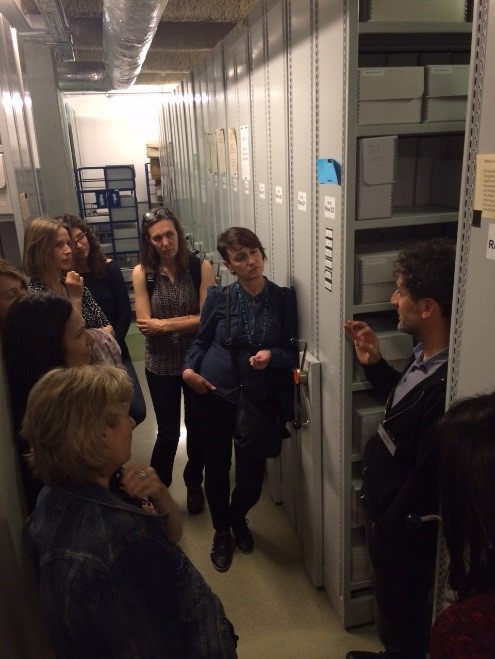 The event concluded with an informal guided tour of OSA’s building and holdings, which revealed some of the more interesting material from the Yugoslavia Archive (such as the records of the Physicians for Human Rights or those of David Rohde ), and the workshop with the conference speakers. During the workshop, we discussed the practical significance of reusing OSA’s TV broadcast archives for further projects and brought up several concrete ideas on how they can be implemented. These included the expansion of the existing archives with newly discovered broadcast material and the creation of a specialized archival network, audience research by analyzing contemporary viewers’ behavior, research into the history of TV broadcasts, organizing of exhibitions, creation of educational packages to reach out to younger generations, and artistic interpretation of the broadcast archives.