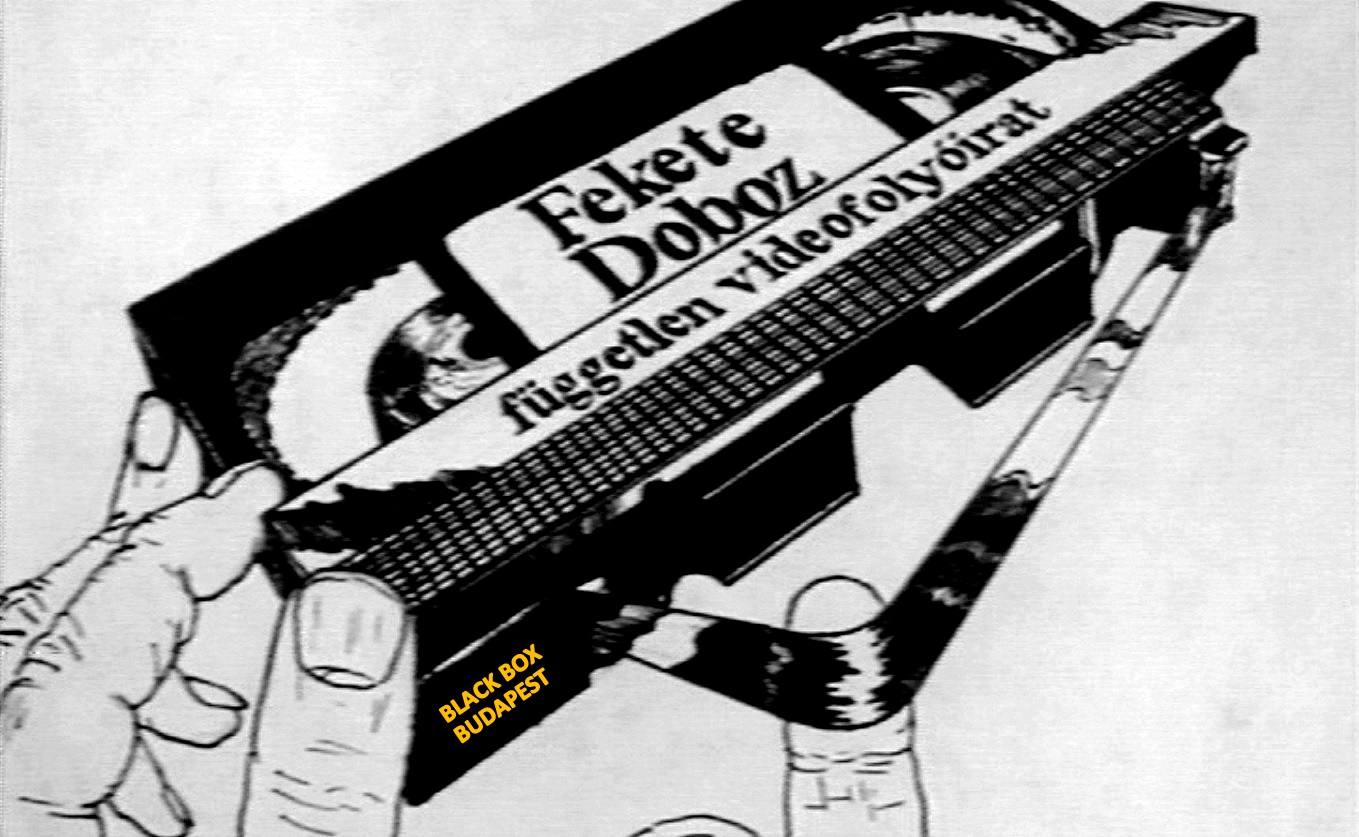 Black Box was established in 1988, as the first independent media group in Communist Hungary. (Find the full story – in Hungarian language – here). Since then, Black Box has both participated in and documented Hungarian politics and cultural events in a way fundamentally different from the state–controlled media’s. Black Box gave voice and a face to those deprived of media visibility: those who dared to print samizdat, those who commemorated the 1956 Revolution, those who organized protests against the communist dictatorship, and those who demanded social and political change and advocated for national sovereignty before the regime change in 1990.

Using the leading, accessible video format from the time, VHS and S-VHS, Black Box chronicled the events that took place in private flats, underground venues, bars, cinemas, theatres and finally in the streets. The video documentation created between 1988 and 1996 is the largest and most significant private regime change video archive in Hungary, and is now available at OSA. Using their own raw footage, Black Box’s edited documentary films were published as alternative news in the form of “video journals” which were then broadcast on the newly set up local cable network television channels in Hungary.

The film presents the commemoration ceremony of the 1956 revolution and Imre Nagy inaugurating a memorial designed by László Rajk in the  Père Lachaise cemetery, Paris on June, 1988, and the commemoration turned into an anti-dictatorship demonstration in Budapest on the same day.  It is based on reports and interviews with 1956 revolutionaries, relatives of those executed for their involvement in the revolution as well as political opposition figures.

Other Black Box highlights include a documentary about the newly established FIDESZ party (Civil Techniques. Fidesz, 1988).

A significant documentary about the mass protests against the construction of the Gabčíkovo–Nagymaros dams over the Danube (The Facility, 1988) was a huge success, too.

Two other Black Box videos dealing with historical traumas and the regime change help us to understand the post-WWII history of Hungary, including a film about the exhumation process of Imre Nagy and other martyrs killed in 1958, for their involvement in the 1956 Revolution (New Hungarian Lament, 1989):

And the “Opposition Roundtable Negotiations,” (1989):

documenting the power handover-takeover process that facilitated the peaceful regime change in Hungary from a communist dictatorship into a multi-party system democracy.

Following the regime change in 1990, Black Box turned their attention more and more to marginalized social groups, living on the peripheries of the Hungarian society, with special focus on the homeless, mentally challenged, and the Roma communities.

Black Box was awarded the Pulitzer Memorial Prize in 1993 and several other pizes.

Browse a selection of 199 Black Box videos at OSA’s youtube channel. Or watch the documentary films in full length in the Research Room at the Blinken Open Society Archives.