About Blinken OSA “We are, in part, what we remember” 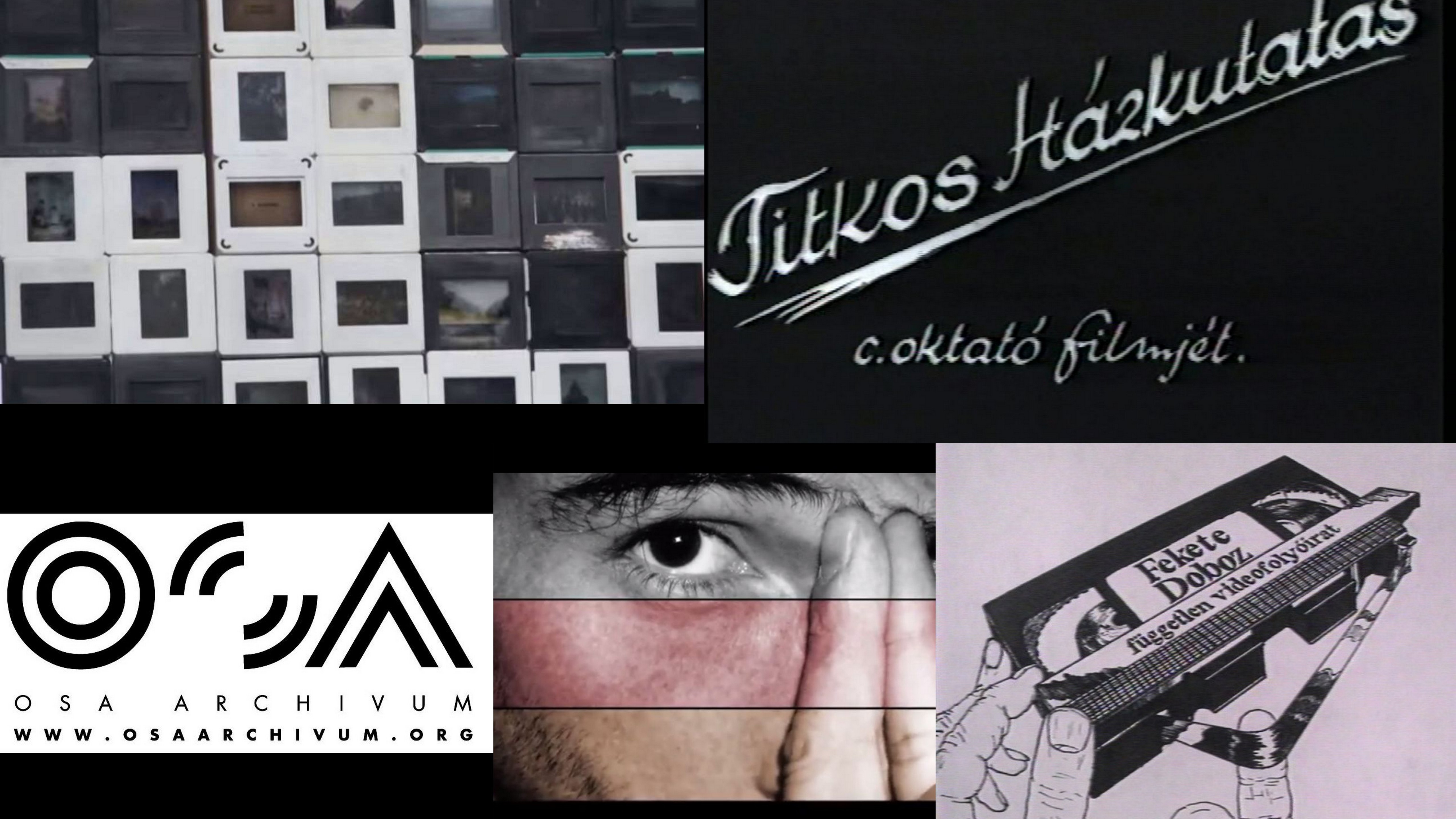 In 2013, filmmaker Jesse Dylan visited OSA to make a film about this unique and complex archival and research institution. He found the archives astounding where materials range “from the horrific to the banal […] objects from previous decades - dossiers of the Czech secret police to photos of the grisly remains from a mass grave in Srebrenica - are all testimony to our past and represent our attempts to remember what it takes to keep from repeating history's mistakes. Each photograph, newsreel, and newspaper clipping tells us what happened in bad times, and arms us with the knowledge to strive towards a different, better future.” (read more) 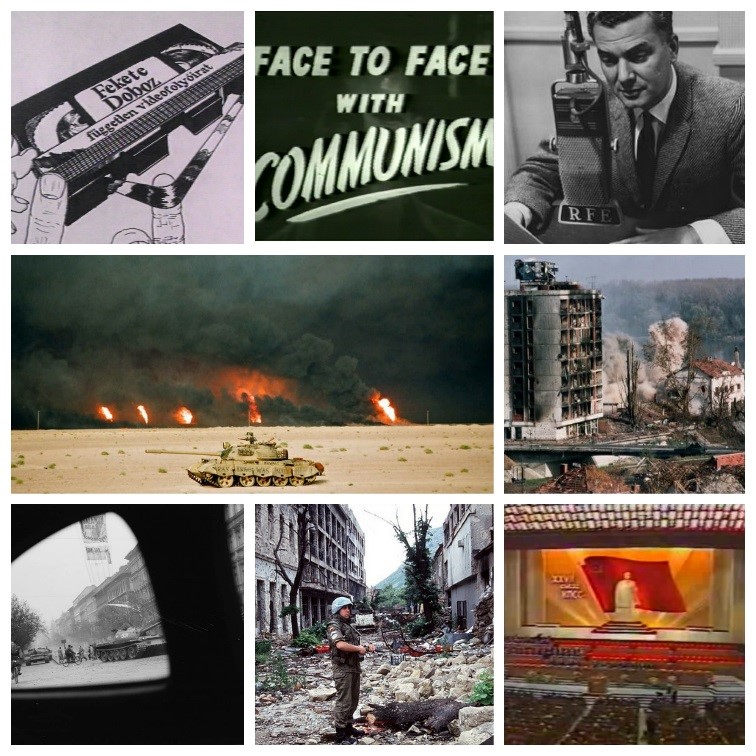 This playlist features hundreds of excerpts from OSA’s diverse audiovisual materials. Each video has links to the relevant fonds on OSA’s website so that the viewer can further explore descriptions, cross-references and other relevant contextual information. The film selection in this playlist includes more than 200 propaganda and educational films commissioned by the Film Studio of the Hungarian Ministry of the Interior in 1955-1989. Some of the most exciting items are films about surveillance techniques, secret house searches, and the recruitment and management of the large network of secret agents.

The close to 200 films of the Black Box Foundation testify to the regime change of 1989 in Hungary, and the transition years that followed. Black Box, the first independent film group in Hungary, recorded on VHS and S-VHS all the important events in the years of the regime change, including political, social and cultural events.

The videos of the Paranoia Recycling Archive feature Hungarian educational and propaganda films on ABC (atomic, biological, chemical) warfare, while the 1956 collection has unique footage from the 1956 revolution in Hungary. 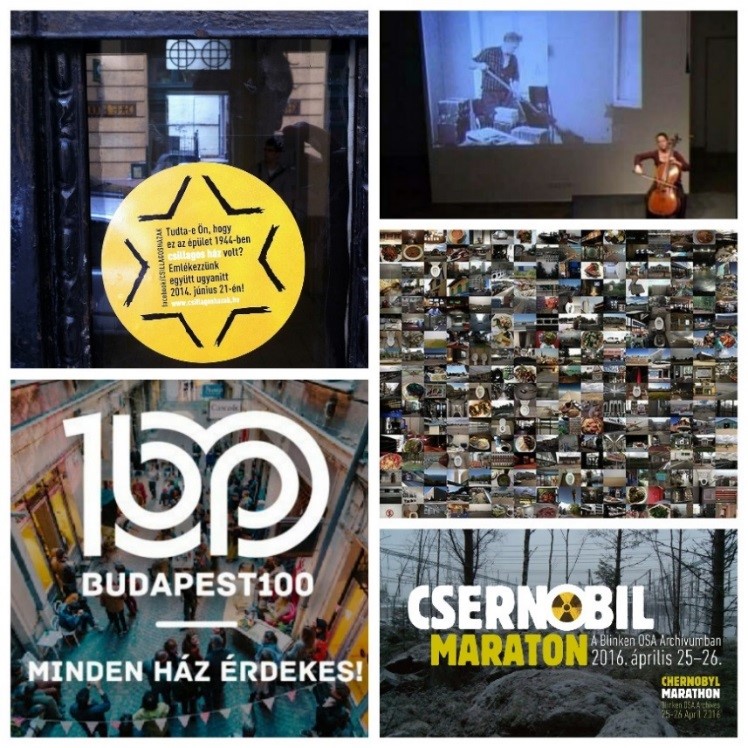 In 2015, OSA hosted a symposium where Edward Snowden and distinguished experts talked about surveillance and privacy in the context of open society. The event was held in conjunction with the exhibit Moving Walls 22 / Watching You, Watching Me.

In 2014 OSA invited the city of Budapest to join in on memorial events held in front of the remaining 1,600 former yellow-star houses in the memory of the forced relocation of Budapest’s Jewish population in 1944 into designated houses marked with a yellow star.  Hundreds of residents, artists, locals and visitors joined in on this unique, community-led event.

Another city-wide project which invited Budapest residents to discover the hidden past of their city was Budapest 100, a - since then - annual public celebration of buildings that reach the age of 100. Each year, this event series offers an opportunity to get to know the history, the tenants and the hidden treasures of these houses.

OSA always found it important to experiment with the genre of reproduction. Impromptu Berlin was conceived on the 20th anniversary of the fall of the Berlin wall and recreated the impromptu concert of cellist Mstislav Rostropovich who in 1989 - having heard the news that Berlin had ceased to be two cities - flew to Berlin and played Bach’s cello suites at the Wall. OSA invited cellist Ditta Rohmann to commemorate and recreate the event. 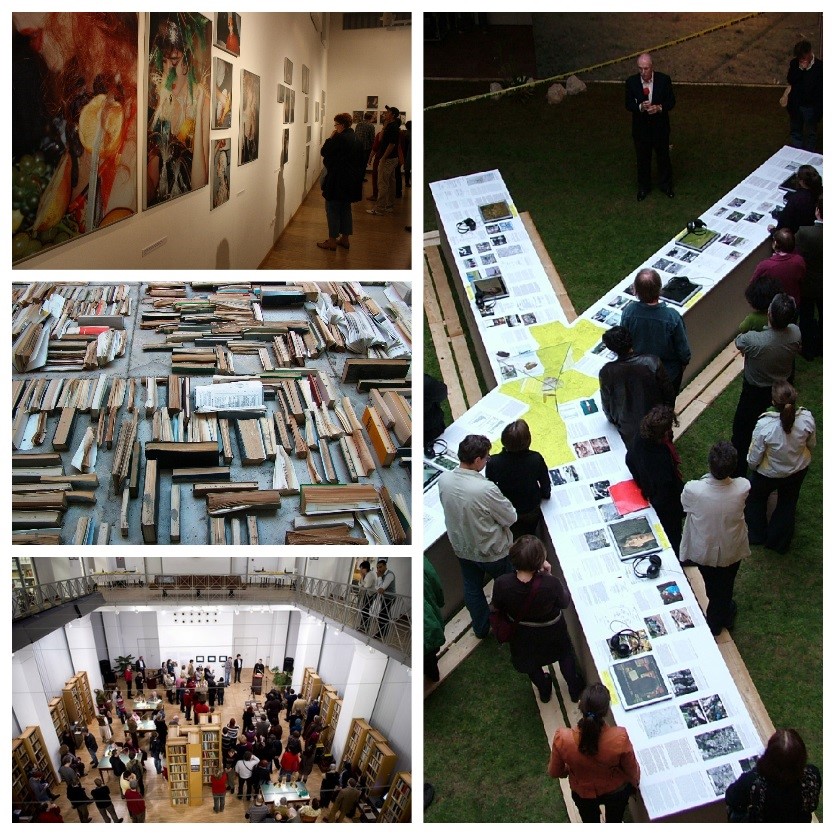 Our YouTube channel also features videos about past exhibits at OSA’s Galeria Centralis.

Srebrenica- Exhumation was a forensic reconstruction of the 1995 genocide in Srebrenica when the Bosnian Serb Army massacred over 7,000 Muslim men and boys. OSA's reconstruction of the events was built primarily on records created during forensic investigations and mass grave exhumations. Military maps, site sketches and photos, aerial images produced by spy satellites, forensic reports, testimonies by survivors and excerpts from films were displayed. On the Ground 1989-94 featured videos and photos from Rodolf Hervé's works about underground culture in Budapest in the early '90's. Hervé moved from Paris to Budapest in 1989 and became an iconic figure of the capital’s alternative art scene both as a participant and as a spectator documenting events.

OSA organized several self-reflexive exhibitions exploring the concept preservation, classification, collection and sharing. Such was the Dead Library – Books Unread exhibit in April, 2012. It displayed hundreds of unread books– which were never checked out from ELTE University Library since 1989. The exhibit wished to inspire the public to think and rethink libraries and archives, preservation and re-use of information. By making thousands of books available for browsing and reading, it gave visitors and readers the exceptional experience of re-discovering books otherwise destined for oblivion. Prominent literary figures recommended books from this selection.

OSA is also a laboratory of archival experiments on new ways of assessing, contextualizing, presenting, and making use of archival documents and as such it encourages creative artistic interpretations of preservation. Such a creative project was Concrete, a book installation created by artists János Hübler and Nemere Kerezsi using two cubic meters of concrete and eighteen cubic meters of discarded books. The installation constituted a monument to eternal knowledge ”set in concrete” and to the disintegration of information, while also offering an opportunity to reflect on the essence of books. We have uploaded a timelapse video of the construction of this unique project.

In conclusion, Blinken OSA’s YouTube channel offers an exciting preview of its collections, public programs and exhibitions. You are welcome to browse, research and share the videos available on this platform. Should you have any questions or suggestions, do not hesitate to contact us at info@osaarchivum.org