Tibor Philipp was an active member of the Hungarian alternative opposition and the independent artist group Inconnu during the 1980s. The archival collection contains documents and artworks associated with this period. As the artist group's activities were very diverse, the collection is one of the most colorful in the Archives, including art works, traditional textual, audio, and photo materials. 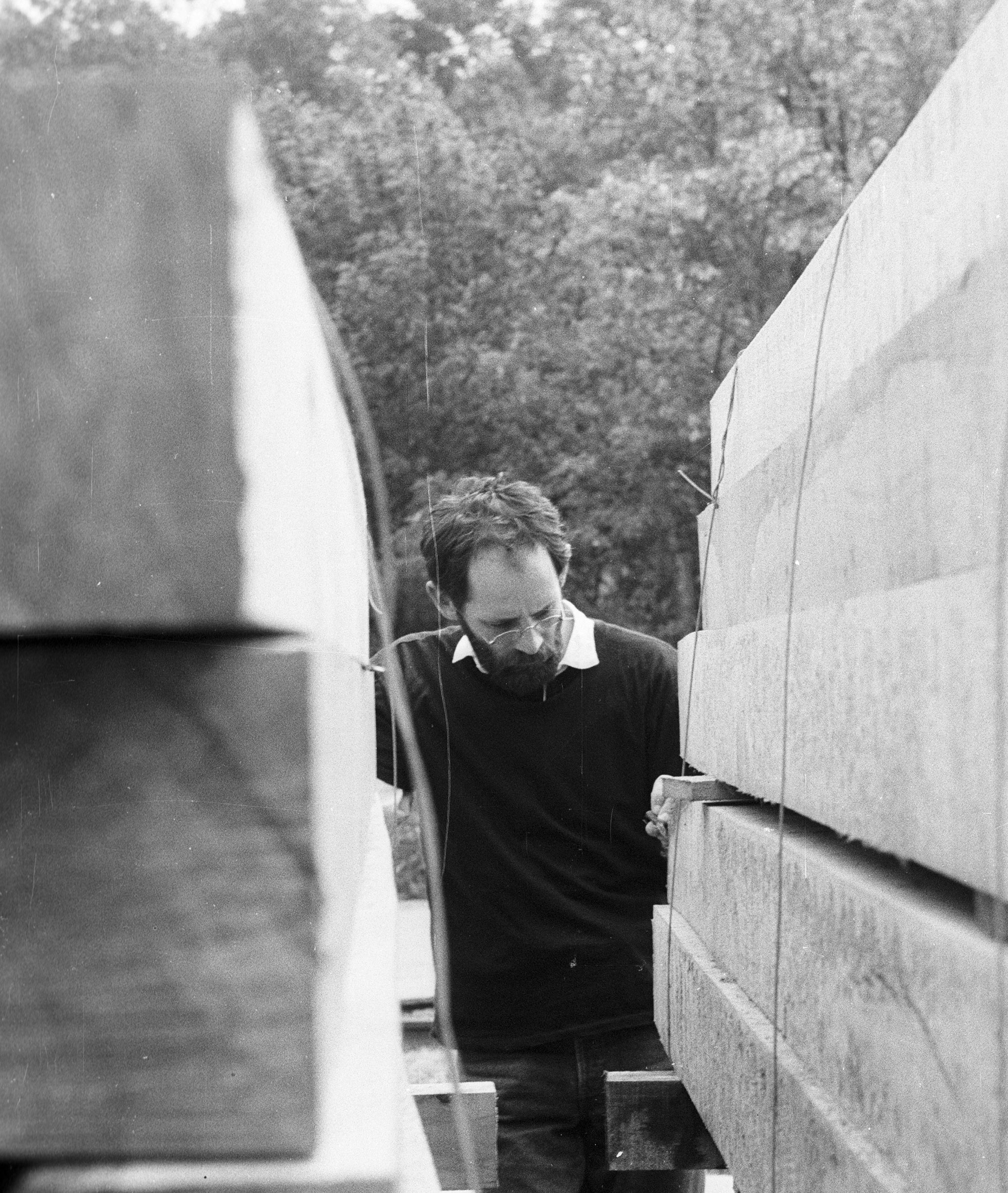 The Group Inconnu was founded in 1978 in Szolnok. Its name is derived from one of the essential techniques of mail art, invented for the purpose of avoiding censorship: the name of the real recipient was written to the place of the sender, and, as the recipient was an unknown (“inconnu” in French) person, the letter was returned by the post to the presumed sender. The method prevented the letter from being opened by the authorities, because the unknown recipient was unlikely to be an observed person. In the early years, the members of the group were graphic artists Péter Bokros, Tamás Molnár, Mihály Csécsei, Ibolya Morva, Bánk Mészáros, Mihály Sípos, and Miklós Kovács, who were later joined by Róbert Pálinkás Szűcs, Tibor Philipp, and Magdolna Serfőző, when the group relocated the center of its activity to the capital. In 1984, they contacted various actors of the Hungarian democratic opposition movement. As a result of police investigations and perquisitions against the group, their activity became increasingly political. In 1985, they ran an apartment gallery called Artéria Galeria, where alternative cultural events were organized several times. The incoming entries to one of their most remarkable event, the 1986 The Fighting City exhibition were confiscated by the police in the morning of the day of the opening. From that time on, their activity was increasingly linked to the memory of the 1956 Revolution, but their voice could be heard in matters that well-suited the agenda of the secondary public discourse of the era. When Károly Grósz visited the United States, a hunger strike was initiated by them against the limitation of their travel rights, and they suggested using the Kossuth Crest as a state emblem of Hungary. They contributed to emerging democratic political organizations, mainly to their advertising and design; their graphic works appeared at the protests against the Transylvanian village destruction and against the Gabčíkovo–Nagymaros Barrage System. Their most lasting political work in 1989 was the installation of 300 headstones to commemorate the martyrs of the 1956 Revolution at the parcel 301 of the New Public Cemetery in Rákoskeresztúr. The inauguration of this monument was their last major political gesture before the regime change in Hungary. The group then continued to work, but its members no longer represented a common political position. 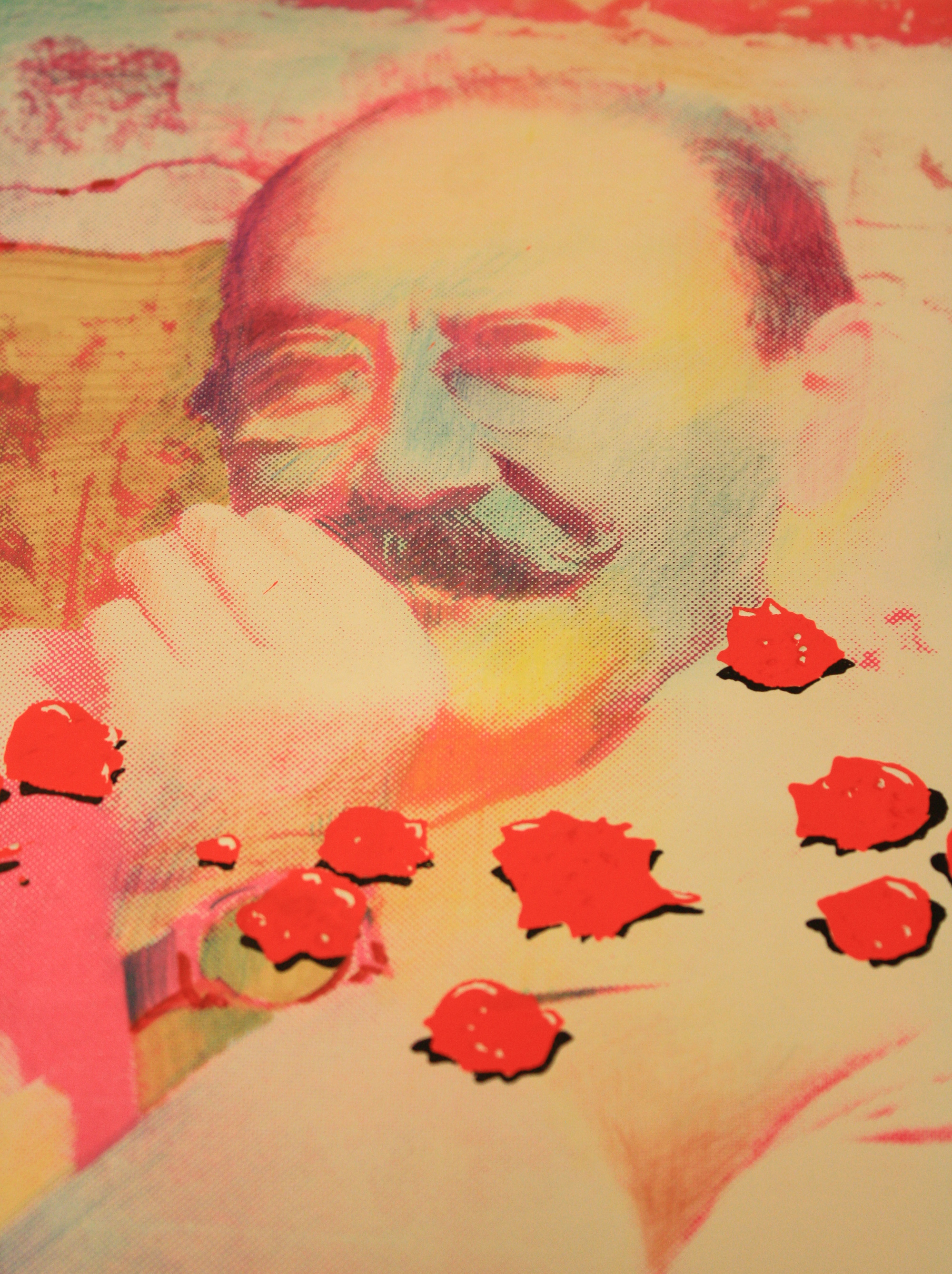 Tibor Philipp joined the group in 1982, and in addition to action art activities, he took part in the production and distribution of samizdat publications. Philipp systematically documented the work of the opposition movement. His photographs of the 1980s political movements are well known to the general public. During this decade, he worked as a carpenter for an illegal construction company founded by Bálint Nagy, a former author of the independent samizdat journal Beszélő. Tibor Philipp was one of the founders of the Hungarian October Party, which, in the spirit of the actionist theater of the 1980s, tried to influence the reforming public sphere with spectacular happenings, including the renaming of streets. He was also in contact with Fidesz (Alliance of Young Democrats), the party's first, orange-free logo was designed by him. After 1989, he retired from public activity.

The collection consists of seven series, the first of which includes artworks and preparatory materials related to the Group Inconnu. Much of the items were made for different exhibitions, public performances, and demonstrations. During the decade preceding the regime change, Inconnu had an active role in the opposition movement. In many respects they became pioneers, active in the international mail art scene; shaping and applying the concept of the action theater, they organized public events and political performances, while their efforts in graphic art greatly contributed to the improvement of the quality of Hungarian samizdat literature. Within the group, the BM – Scandal Art Group was founded in 1983, and the Artéria Gallery, a venue for their events in a private flat, was operated in Budapest between 1984 and 1985, where various exhibitions and other political events were held on more 30 occasions. They also participated in international events of alternative arts, one of which was the “Europe Against the Current” festival in August 1989, held in Amsterdam, where Inconnu exhibited. During their years in Budapest, most of their exhibitions were specifically designed to provide—by the means of art—an alternative to the monopolized, state-controlled propaganda, reflecting on critical social and political events and phenomena of the 1980s. The series mostly contains pieces by the members of Group Inconnu, namely by István Elek (elek is), Péter Bokros, Róbert Pálinkás Szűcs. 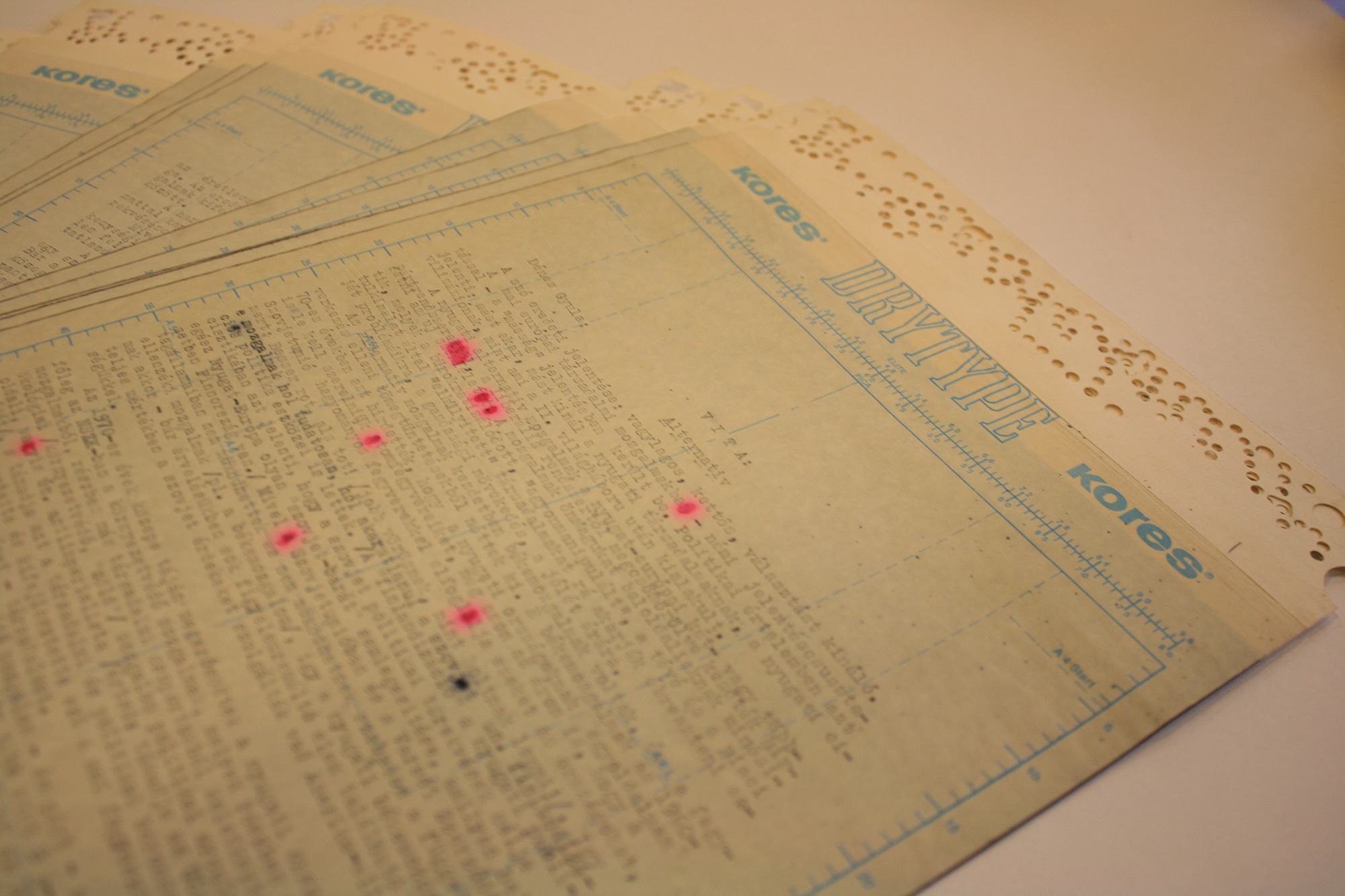 The second series contains samizdat materials collected by Tibor Philipp, among which—besides the Hungarian ones—some foreign (Polish and German) publications are also included. Being the brother-in-law of György Krassó, founder of the Hungarian October Free Press samizdat publisher, he himself participated in the production and distribution of illegal materials. In addition to many of the more or less well-known publications, preparatory materials, cover plans, and used stencil sheets are also parts of the series.

In the third series, other types of documents of the Hungarian opposition movement are gathered. As these were created in the 1980s, they provide deep insight into the emergence and the activities of democratic organizations, as well as into the events of cultic alternative venues. The series documents well the history of remarkable opposition groups, including the Bajcsy-Zsilinszky Society, and it also holds materials of organizations that became political parties after the regime change (Fidesz, SZDSZ – Alliance of Free Democrats). The series contains mainly open letters, posters, signature sheets, and ephemera.

The fourth series includes photos and negatives. The vast majority of these were taken at demonstrations and Inconnu events. Most of these photos had already been published. The identifiable authors of the images are Tibor Philipp, István Halas, and István Jávor.

The fifth series features sound files recorded by the Inconnu. A significant part of the series consists of audio tracks of a samizdat video series In Backlight, recorded in 1988-1989. This program was a weekly, usually one-hour long documentary created by the members of Inconnu. The soundtracks of the programs were recorded separately with a sound recorder. The first part of the archival series features sound files being made in this way. The camera was usually handled by a member of the group (Róbert Pálinkás Szűcs, Péter Bokros, Tamás Molnár, or Tibor Philipp), the conversations were led by another member. The discussions focused primarily on emerging political organizations, the situation of green movements in Hungary, independent and democratic trade unions, advisors for those refusing military service. Programs on 1956, and recordings with Fidesz members from 1988, as well as with representatives of the newly re-established Independent Smallholders Party are also included in this part of the collection. A subset of items in the series covers the topic of the banned exhibition of the Group Inconnu entitled The Fighting City (1986). Among these, the opening speech of the exhibition can be found, along with the titles and starting price of the exhibited materials being seized by the police. These materials are not available elsewhere. The series contains 20 digital files, which are digitized surrogates of audio recordings.

The sixth series contains documents about the official retaliation to the opposition activities of Tibor Philipp and his associates. Among these, there are materials related to forbidden fundraisings, rejection of passport applications, and cases of administrative sanctioning of publishing and distributing unauthorized publications.

The seventh series comprises mixed correspondence, which also includes lists of packages containing titles of books being posted between Hungary and several foreign (typically London) addresses. In the same series, another list can also be found, containing contact details of foreigners and Hungarian dissidents, especially the organizations and journalists who helped opposition activists in Hungary.

Descriptions of the collection is now online.