Toward a Visual Ethics of Secret Police Archives 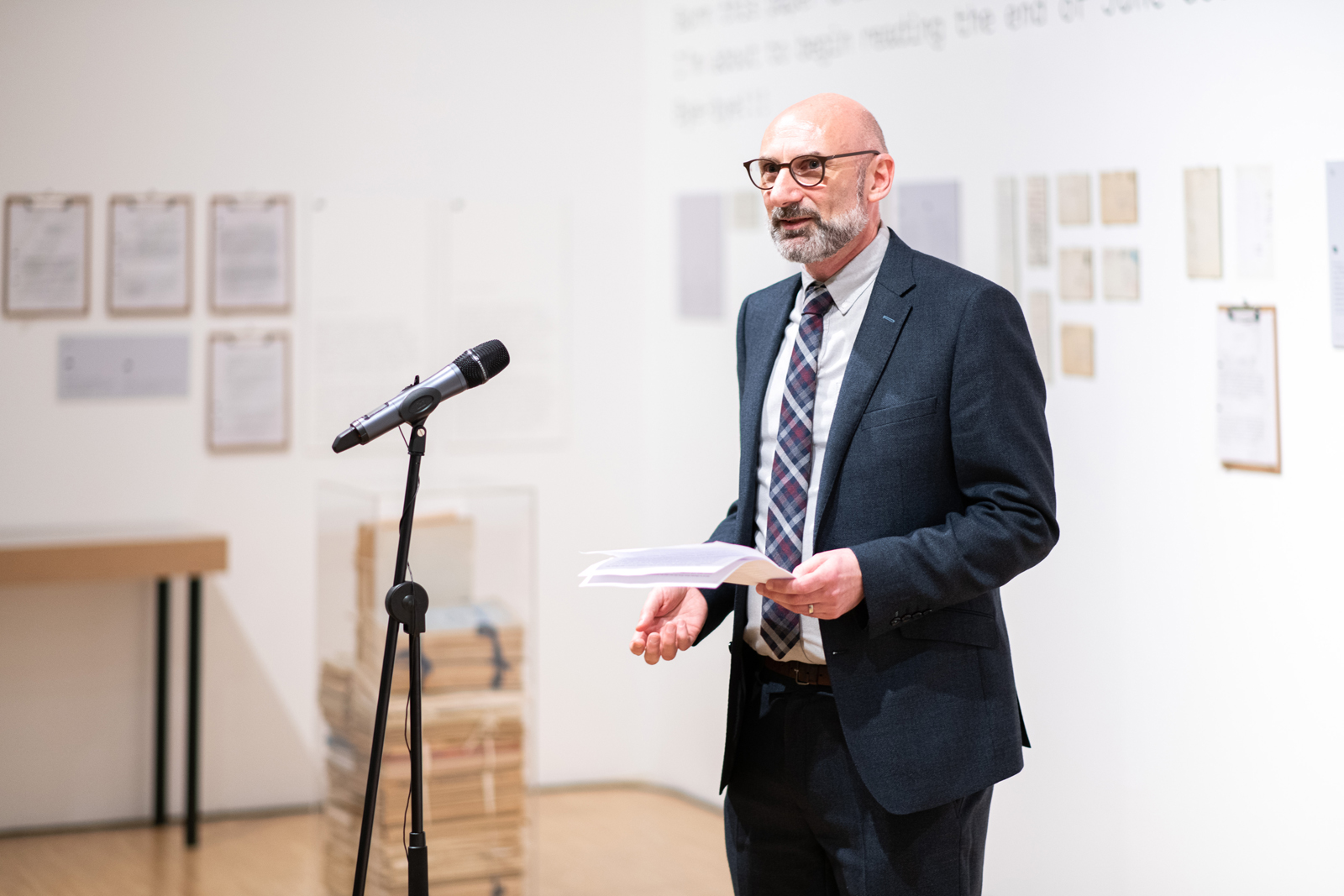 I have a few words that I would like to say about the Hidden Galleries project, to give the context to what you see displayed here. The project, which is funded by the European Research Council, is the work of a team of eight researchers based in five countries, Hungary, Romania, Moldova, Ukraine, and Ireland, and has been running for the past three and half years. The idea for the project came to me while researching religious communities that had been targeted by the state in Romania, when I increasingly came across confiscated religious materials, especially photographs and brochures, in the archives of the secret police. As a historian and ethnographer, I began to reflect on the weight that had been placed on secret police texts in the search for historical truth and for justice. The focus on secret police texts presents a stark contrast with the immediacy, intimacy, and paradoxical nature of the other materials—photographs, holy cards, and religious brochures—that sat uncomfortably among them pasted into dossiers. This material pointed toward a complex, multidimensional, physical, and tangible "reality" of religious life, the fullness of which could not be grasped through text alone.

Many of the materials at the exhibition possess a dual identity; they were gathered or shot through the "secret police lens," as incriminating evidence, or in some cases for the purpose of producing propaganda materials, but they also constitute a lost and difficult aspect of cultural patrimony. In order to understand the meaning of these images and objects, which are sacred and personal in nature, the project team approached communities that were targeted by the state, in order to address questions relating to the lived experience and lived religion of the time, and also to begin a conversation among religious communities about the meaning and uses of the secret police archives today. Many of these communities have been omitted from the discourse and historical debate.

This of course relates to a much broader societal question, a question of a contested aspect of Europe's common heritage, the problematic legacy of totalitarianism and its secret police, which has become a battleground in the search for historical truth and national memory. One of the aims of the project has been to make these hidden aspects of cultural heritage more visible and accessible through an open access Digital Archive. The exhibition itself was conceived as a visual essay that foregrounds the fate of images and objects of everyday religion over high-profile cases and the activities of agents. The exhibition in this sense is a testimony to the agency and creativity of faith communities in the face of adversity. 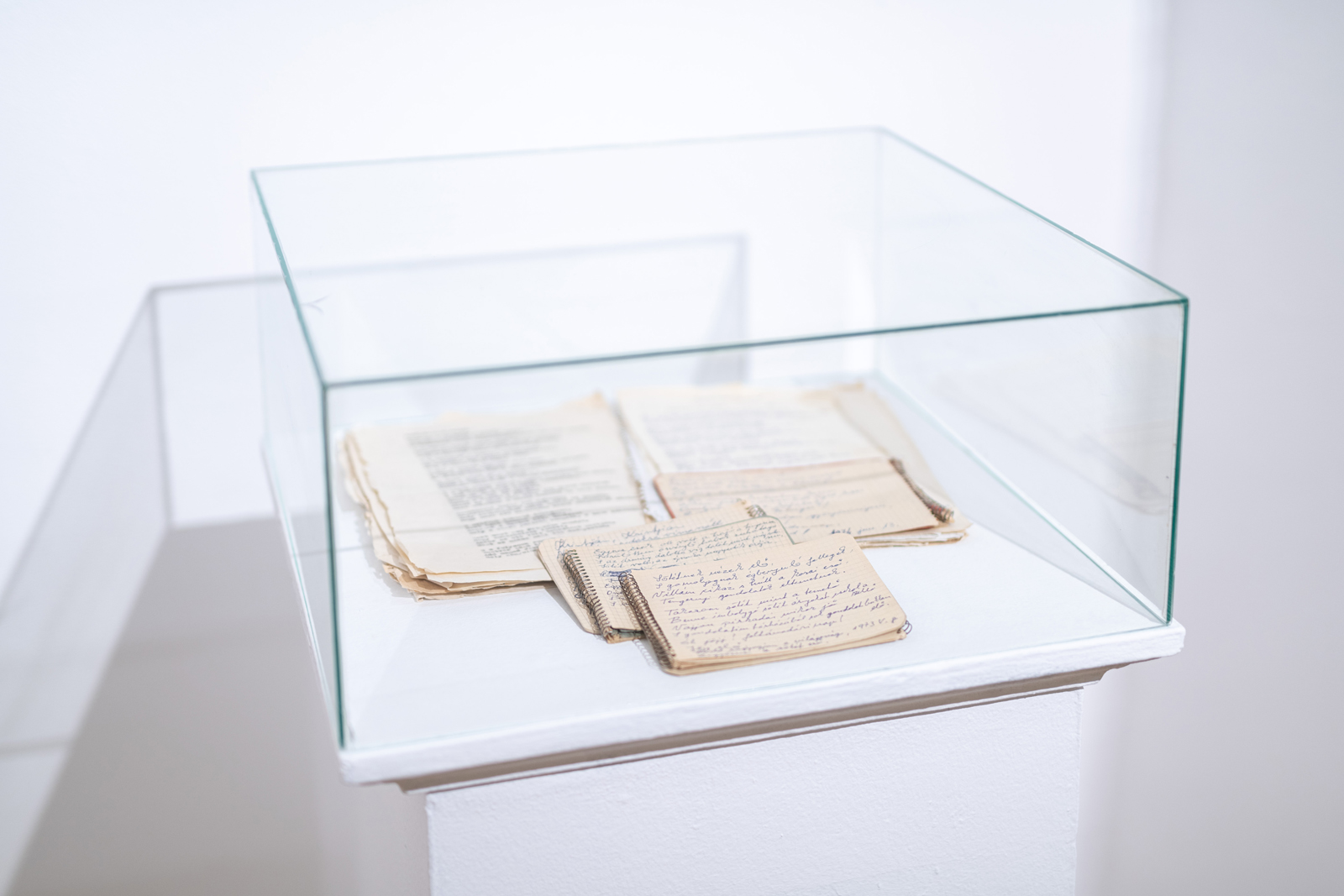 At the heart of the work I have briefly described here are some important ethical questions. When it comes to Communist-era repression, the "targeted" communities often fear and mistrust the archives, as they contain the possibility of "uncomfortable truths" of collaboration or collusion.  Zsolt K. Horváth puts his finger on it when he says that the existence of the "witness/victim identity" always takes academic history (and I would argue social science) into "public political, moral, and aesthetic" realms.

As researchers, we have asked some difficult questions; whether these materials, which were either stolen from religious communities or produced against their will, should be used at all? And if so, how to view them? And ultimately, what should be done with them? To whom do they belong? Similar issues have been debated in relation to the photographic record of the Holocaust and other "atrocity photographs." Historian Susan Crane has identified three useful principles, "contextualization," "reclassification," and "repatriation," all of which have influenced the projects thinking about the materials we display. Images are often left to speak for themselves. However, if we are not to rely on some vague shared human sentiment or moral indignation, a rigorous contextualization of images produced by the secret police gaze becomes necessary. The endeavor to reclassify the religious materials found in the archives led us to liberate them from the text that has enclosed and defined them in the archives, and to explore them with members of the faith communities. Once the materials and images are reclassified as something other than simply evidences of criminal activity or as historical evidences of the misdoings of the state, the question of the meaning and value of the materials for descendent communities arises, and ultimately, the question of repatriation. This issue is not so very different from the current crisis some Western museums are facing with regard to their colonial legacy. These three principals, "contextualization," "reclassification," and "repatriation," have served as a basic ethical guide for the researchers on the Hidden Galleries project. 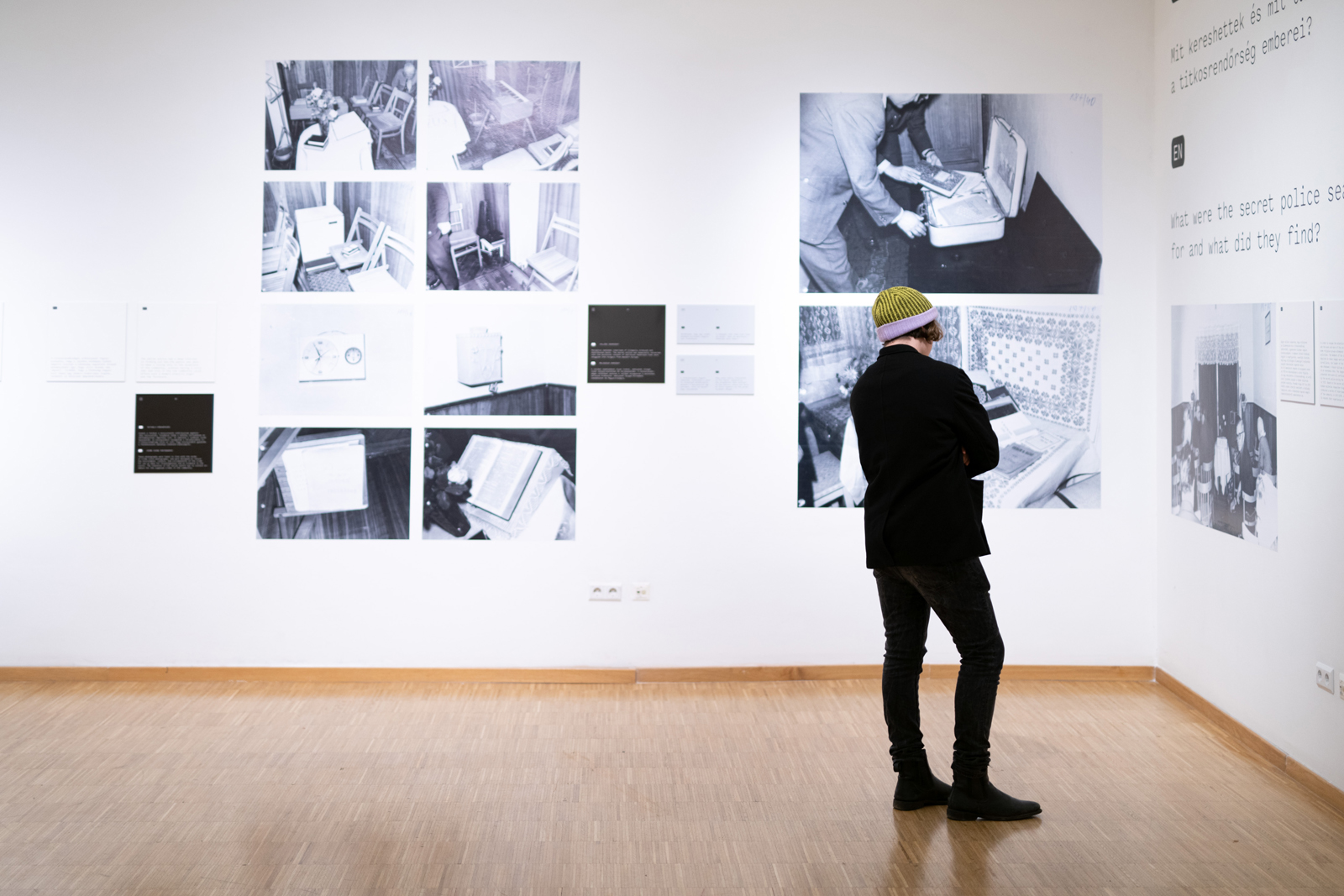 This brings me to the nature of the collaboration with the Vera and Donal Blinken Open Society Archives, which came at a particularly fortuitous time, and which has shaped the exhibition here in Budapest. The theme of Faith, Trust, and Secrecy grew out of a dialog between the Hidden Galleries project findings and the new research that two of the Hidden Galleries team members, Ágnes Hesz and Kinga Povedák, were able to conduct here at Blinken OSA, in the recently-acquired collection of manuscripts and personal books of the Hungarian sociologist of religion, Zsuzsa Horváth. The deep concern that Zsuzsa Horváth showed for the welfare of the communities she worked with in 1970s Hungary, whom she sought to protect from the secret police, resonated very strongly with the project team members' own experience of seeking and gaining the trust of contemporary religious communities. Our research today is conducted in the context of ongoing mistrust toward both the authorities and researchers, whose inquisitiveness and persistence was more than once likened to that of the secret police. Together with a philosopher, Katherine Furman, we explored the ways in which trust and mistrust were bound up with faith and secrecy in both the historical experience of religious groups and small churches, as well as in the work of contemporary researchers of religion under Communism. This dialog with the Zsuzsa Horváth collection here at the Blinken OSA has added a new layer to the project and the displays you see here.

Although this exhibition is seemingly a historical topic, the "spillover effect" of broken trust in the past continues to be felt today.

Faith – Trust – Secrecy. Religion Through the Lenses of the Secret Police
The exhibition runs: February 28 — April 5, 2020
The exhibition presents the complex interactions of the secret police with religious groups and those seeking to research them. Faith and trust, whether sustained or broken, and secrecy are interwoven in the images, narratives, and testimonies on display.

This exhibition forms part of a larger project funded by the European Research Council that explores the creativity of religious groups under totalitarian rule through the holdings of the secret police archives in four countries: Hungary, Romania, Ukraine, and the Republic of Moldova.

You can explore these materials in greater detail by visiting the Hidden Galleries Digital Archive.