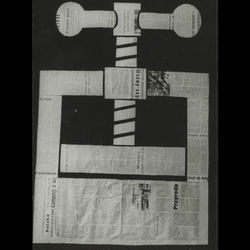 The digital collection contains 667 titles of Polish underground journals, and constitutes a variegated yet representative sample of the Polish independent press from the 1970s and 1980s, documenting political, social and cultural life under late Socialism. The project was accomplished using digitized content from Stowarzyszenie Pokolenie association, incorporating and updating comprehensive bibliographic data from the Polish National Library.

In the late 1970s, the network of authors, publishers and disseminators that evolved to circulate the “free word” was instrumental not only in breaking the Party-State’s monopoly over information, but also in integrating the dissident movement as a whole, preparing the ground for the Solidarity publishing boom. During Martial Law (December 1981 – July 1983) and after, the clandestine printing and dissemination of workplace, regional and national bulletins became one of the principal modes of Solidarity’s existence. However, in the second half of the 1980s, when the Solidarity press lost its centrality within underground culture, a range of publications by various political parties, human rights, ecological and pacifist organizations proliferated. Until the abolition of censorship in 1990, the Polish underground press produced around 6,000 journal titles and 6,500 monographs, constituting one of the most remarkable chapters in the history of dissent under Communism and in the history of the People’s Europe as a whole.

The largest part of OSA’s Polish samizdat holdings comes from the Radio Free Europe (RFE) legacy. Established in 1984, RFE’s Polish Underground Publications Unit was the only national Unit dedicated to monitoring the underground press. It acquired materials through channels established by its director, Witold Pronobis, private donations, or barter, for use in the Polish Broadcast Department’s daily 20-minute program on Polish Samizdat. The relationship between RFE and the Polish underground was mutually beneficial: for the underground, its views and materials reached an audience unprecedented in size, and for RFE, these Samizdat publications represented a genuine and unmediated source of independent public opinion, as opposed to the secret or otherwise questionable sources of information of previous years. RFE could thus position itself as the transmitter, rather than creator of independent voices from Eastern Europe.