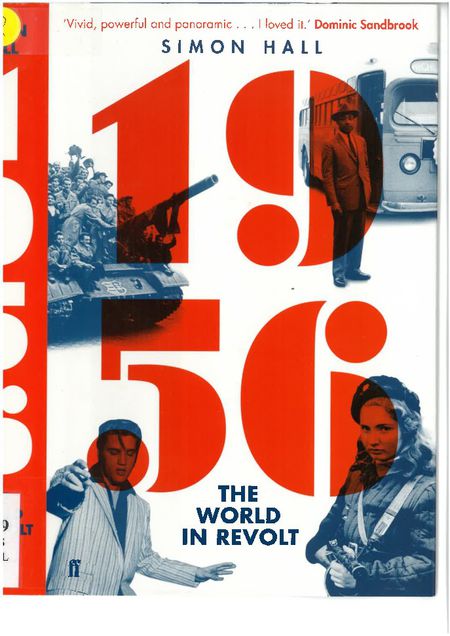 cordially invite you to the book launch of

by Simon Hall, University of Leeds

About the author: After receiving an MA in American History from the University of Sheffield in 1998, he moved to Sidney Sussex College, Cambridge, to begin work on his Ph.D. Having held a temporary lectureship at the University of Cambridge, he joined the University of Leeds in September 2003. His research interests lie in the post-war social and political history of the United States - with a particular focus on the civil rights and Black Power movements; the student radicalism of the 1960s; and political dissent during the 1970s and 1980s.

About the book: This is the narrative history of the year 1956, exploring that year's various rebellions and revolutions - including the struggle against white supremacy in the United States and South Africa; the challenge to European colonialism in Africa and the Middle East; and the uprisings against Communist rule in Poland and Hungary. Drawing on his long-standing research interests in the role of people's movements and the relationship between the Cold War and the African American freedom struggle, his book frames that year's tumultuous events as part of an interconnected, global story of revolution.