Film Screening: The Criminal Case of Imre Nagy and his Accomplices 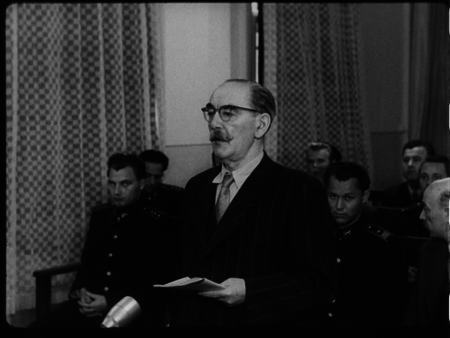 The film is introduced by historian János Rainer.

This propaganda film was produced by the Film Studio of the Hungarian Ministry of Interior using segments of the footage shot at the Imre Nagy trial as well as excerpts from other films. Eventually, the film was never publicly screened, the raw material and the other edited version were destroyed in 1961.

The remaining version of the film was added to the trial documents and it was only discovered in 1989, during the course of the retrial. While it was never broadcast on television, excerpts from it were used in many documentaries, and a number of illegal copies exist.

The English subtitled version was prepared for this occasion.