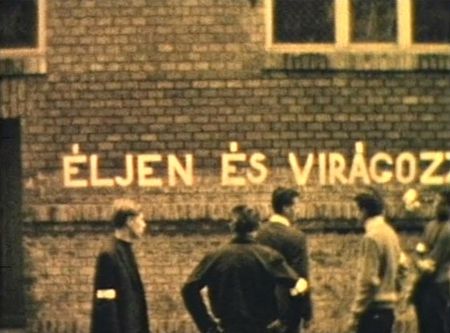 „This movie was shot on 8mm film between 1965 and 1968. It premiered at the Amateur Film Festival in 1968. The plot is embedded in the rather complicated story of a small town student rebellion in which we were deeply interested in at that time.  Despite all the fictional elements, the filming method and approach, the movie has a definitive documentary value. Like a small compartment, it has preserved the very nature of our being, of our thoughts, and the ways of expression these.”

The film is screened with English subtitles, the discussion will be held in Hungarian.