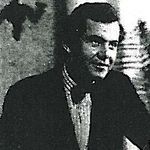 Palmer played an active role in the Civil Rights movement as member of the Student Nonviolent Coordinating Committee, began his diplomatic career in 1964, working in the State Department as a speech-writer for, among others, Henry Kissinger and Ronald Reagan, and spent over a decade in the USSR, Yugoslavia and Hungary. He also helped found the National Endowment for Democracy, was Vice Chairman of Freedom House, and a member of the American Academy of Diplomacy.

Palmer was well-known in Hungary during his time as ambassador, where he also maintained close links with opposition groups and took part in the first mass demonstration for democracy on March 15, 1989. Although he was expected to remain in post for the first free elections in March and April 1990, he resigned suddenly in late January, following his appointment as Chief Executive of a Prague-based investment company, the Central European Development Corporation. Palmer then went on to co-found Central European Media Enterprises, which financed the establishment of independent television stations in the Czech Republic, Slovakia, Slovenia, Romania and Ukraine, and later continued his advocacy work in the Middle East, Africa, Belarus and Cuba. He maintained his connections with Hungary, and in 2009 was awarded the Order of Merit of the Republic of Hungary (Köztársasági Érdemrend Középkeresztje).

We wish to commemorate Mark Palmer's life, and his work in Hungary, by sharing several items from our archives: a video recording of his visit to the Opposition Roundtable Discussions on June 27, 1989; the transcript of an interview given to Voice of America on July 17, 1989; a feature file from Radio Free Europe/Radio Liberty on his resignation dated January 27, 1990; and two reports from the Hungarian daily press on Palmer's farewell visits to the SZDSZ (Alliance of Free Democrats) and FIDESZ (Alliance of Young Democrats) offices a few days later.