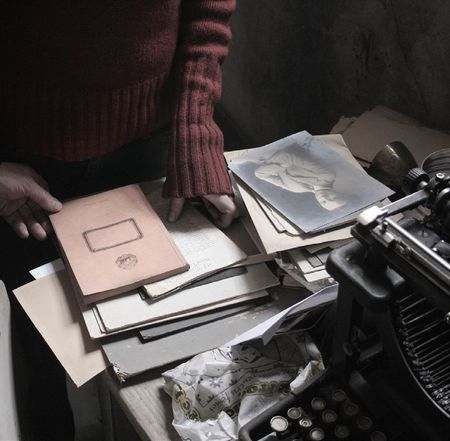 On November 17–19, 2021, a workshop devoted to formerly hidden or inaccessible Jewish archival collections and documents took place at the Vienna Wiesenthal Institute for Holocaust Studies (VWI). Entitled Precarious Archives, Precarious Voices. Expanding Jewish Narratives from the Margins, the workshop informed on how the archival turn, the opening of archives in Eastern Europe, and the new digital availability of smaller archival collections contributed to reanalyzing old narratives or examining narratives marginalized until now. The workshop sought to feature voices that have been unheard until now, and discuss new methodological lenses demanded by such recently discovered archival material on Jewish histories.

Anastasia Felcher, Archivist for the Slavic Collection at Blinken OSA, presented at the workshop about the Jewish Archival Collection held in the Archives. In her paper “Documenting Jewish Lives in the Cold War. Evidences from Behind the Iron Curtain and Beyond,” Anastasia argued that  Blinken OSA’s extensive and diversified archival collection on Jewish lives in Central and Southeast Europe uniquely sheds light on Jews as an ethnic, religious, and intellectual community. Partially originating from the files of the Radio Free Europe/Radio Liberty (RFE/RL) Research Institute and the Open Media Research Institute (OMRI), the collection includes samizdat documents, and pairs facts with knowledge production about the Jewish populations, bringing together official and underground primary sources.

The collection consists of news agency releases, research reports, national radio, and television monitoring transcripts, as well as newspaper clippings from Central, Southeast European (including Soviet) and Western press on Jewish lives in Bulgaria, Czechoslovakia, Hungary, Poland, Romania, Yugoslavia, and the Soviet Union. Having reviewed the thematic and geographic distribution of the Jewish archival collection at the Blinken OSA, the paper addressed the principles according to which RFE/RL and OMRI collected and labeled the documents.

The paper highlighted that the collection comprises the major topics relevant for Jewish history and memory in the region after WWII, such as the unsuccessful international political and diplomatic campaigns to uncover the fate of Swedish diplomat Raoul Wallenberg, who was arrested by Soviet authorities in Budapest on January 17, 1945 (the documents are digitized and available online: http://w3.osaarchivum.org/guide/rip/1/b.html).

Among the narratives relatively overlooked in historiography, but highlighted in the collection, are the attempts of Soviet Jews to commemorate the Holocaust in the Soviet Union in the 1960s–1980s, and further persecution of activists accused of Zionism and slandering the authorities. Documents in the Blinken OSA Jewish collection bring together detailed reportages from the courtrooms where Jewish activists were taken after attempting to commemorate the victims of Babi Yar in Kyiv, public appeals that circulated in samizdat in support of the activists, and Western media coverage of the prosecution. The paper contained examples of such documents, and also addressed the latest efforts of the archival specialists at Blinken OSA to re-analyze and re-catalog the Jewish collection to make it more accessible for students, researchers, professionals, genealogists, and Jewish organizations worldwide