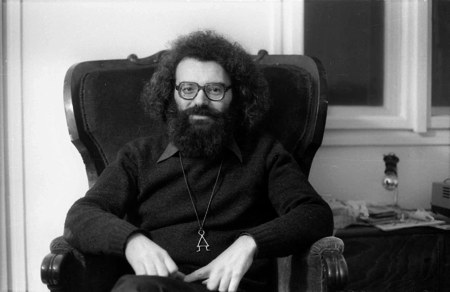 Iván Székey argued in his presentation that contrary to the Post-Modern forecasts and the visions of internet service providers, archival institutions won’t be unnecessary in the future, and he also added that the rich legacy of Mihály Csákó will soon be processed and available at the Blinken OSA.

Miklós Zsámboki presented an educational project during his lecture, where high school students had discussions with their parents about their memories of 1989, and he proved that the official state narrative and private memory remain vastly different.

Through the Csákó Collection, which is under processing and will be made available for research soon, we can have an in-depth idea of an Eastern European intellectual, a prominent researcher of sociology, informatics, and education, a devoted supporter of democracy and students, who also took an active part in the public life of the democratic opposition. Mihály Csákó (1941–2019) was a philosophy teacher, however, he became an autodidactic sociologist as he was expelled from university for his reform proposal for the teaching of Marxist philosophy. Later he was laid off from the Central Committee of the Hungarian Socialist Workers' Party's Institute of Social Sciences because he signed the Charter 77 declaration and ran an informal and secret employment agency (“MUKI”) for unemployed intellectuals. He also took an active part in public life after the regime change, among others as a board member of the Democratic Union of Scientific Workers, and as a manager at the Democratic Confederation of Free Trade Unions. He first started researching young people's political socialization in 1989 upon request from his students, a topic that remained his passion for the rest of his life: he published several articles on civic education and was a high-esteemed supporter and mentor of the Independent Youth Parliament.