Photographs of András Hegedüs as a Politician 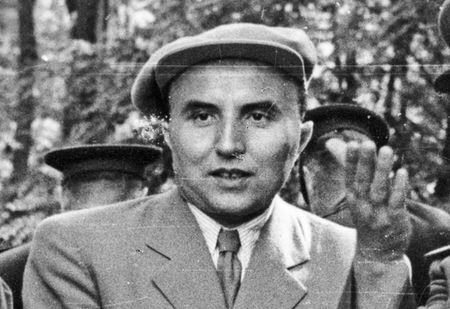 On the 100th anniversary of former Prime Minister and sociologist András Hegedüs’ birth, Blinken OSA published a selection of photos documenting Hegedüs’ political career primarily in the 1950s. Now we are happy to announce that the entire photo collection is digitized, published in the online catalog, and available for research in the Research Room and online!

András Hegedüs, born into interwar Hungary on October 31, 1922, concluded at a very young age that only a Communist revolution could bring about decisive social change. He joined the illegal Communist movement at the age of 20, and rose rapidly through the ranks as the Communist Party seized power after 1945. A protégé of Ernő Gerő, he held various governmental offices in the early 1950s, before becoming Prime Minister in 1955 (the youngest in Hungarian history). His record as PM is exceptionally inglorious; he signed Hungary’s accession to the Warsaw Pact, and after the Hungarian Revolution of 1956 broke out, he signed the backdated note calling for Soviet intervention. In late October, he was also brought to Moscow, and took part in drafting the Kádár government's infamous November 4 proclamation—which was his last act as a politician. His correspondence with his family, a selection of which was published by the Archives, unveil the hurt feelings of Stalinists who could neither understand nor forgive the people for having stood up to them.

Later, in numerous memoirs and biographies, he stated that it was a desire to understand what had happened to Hungary and its people in 1956, that eventually brought a turning point in his career. That was why, as his political career ended, he turned to sociology. Commemorating the 100th anniversary of his birth, András Mink retraced how András Hegedüs turned, from a fanatic communist, into a critic of the regime, exploring the critical ideas (and influence) of his forgotten political writings.

András Hegedüs died in 1999. After his death, the family has donated his personal papers and photo archive to Blinken OSA. Besides his sociological and political writings, and a collection of press clippings, complete newspapers, and writings by others, the fond HU OSA 361 András Hegedüs Personal Papers also includes the series Photographs of András Hegedüs as a Politician. The photo collection primarily documents his political career in the 1950s, capturing him at official events in Hungary as well as abroad, from addressing the crowd at a rally in Budapest to visiting a collective farm in Shanghai. Of special significance are the photos depicting him in the company of Mátyás Rákosi and Imre Nagy, at a time when Nagy was Prime Minister and Hegedüs his Deputy Prime Minister, charged with the task of blocking Nagy’s “new phase” policies. The collection also includes a few family pictures, and a 1946 group photo of the students of the Hungarian Communist Party’s Central Party School. 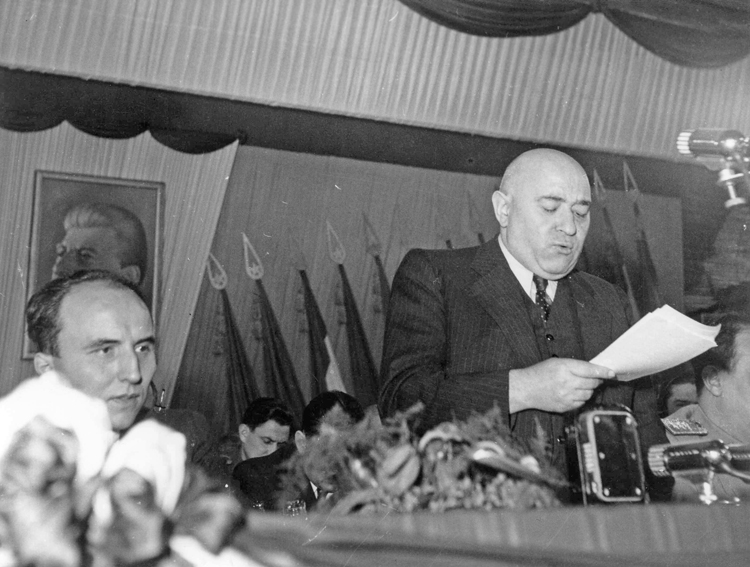 The photos are available at the Blinken OSA Research Room, as well as online. For online access, please contact our Reference Team! The photos were scanned by Assistant Archivist Lenke Szilágyi, and processed by Reference Archivist Judit Hegedüs.