The online exhibition, a joint project of Blinken OSA and the Háttér Archive, is now available! 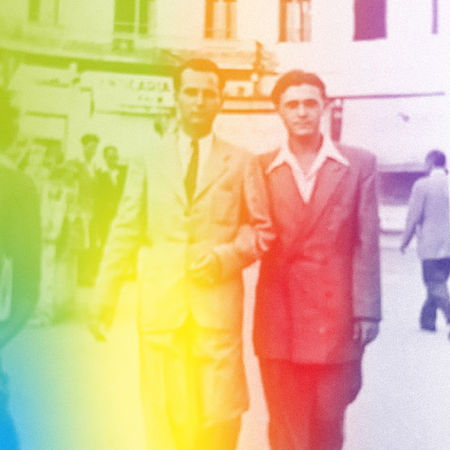 The online exhibition, a joint project of Blinken OSA and the Háttér Archive and Library opened on February 26, 2021.

Records Uncovered is an online exhibition by the Blinken OSA and the Háttér Archive and Library, which presents the divergences and commonalities among gay and lesbian movements in Central and Southeastern Europe in the second half of the last century. Through legal documentation, media reports, private and institutional correspondence, artworks, and ephemera, this exhibition evinces the understanding of homosexuality and the treatment of sexual minorities, in countries that commonly shared two different political goals at two different periods: the establishment of a new Communist society between the mid-1940s and the early 1990s, and the transition toward a democratic society in the following years.

As such, the exhibition offers insights into the history of the legal, social, cultural, and medical “regimes of homosexuality” in Central and Southeastern Europe as being substantively shaped by two political projects: the furthering of the Communist revolution, and the democratization of the respective societies. Since an important communication axis regarding public policies on homosexuality was established during the Communist period between these regions and the USSR and the GDR, the exhibition dwells on the specificities of the understanding of homosexuality, the treatment of sexual minorities, and gay and lesbian self-organization in these countries as well, although it does not follow them separately after the countries’ dissolutions.

Records Uncovered, realized as a common project of the Blinken OSA and the Háttér Archive and Library for the purpose of this year’s LGBT history month, is in one sense, an “exhibition in progress.” During its creation, we faced three predicaments. First, the documentation about the lives and activism of gay and lesbian persons and groups has been unsystematically collected and classified in our archives: much content from their “unwritten histories” still requires time-consuming processes of data-mining and research in order to be publicly “uncovered.” Another predicament coming from the structure of the documentation was that it has been more extensive on the gay and lesbian activism in some of the countries in Central and Southeastern Europe, rather than others. Ultimately, in cases where this documentation has been systematically collected and preserved, it mainly reports on the life of gay men and gay activism, sidelining the histories of lesbian, bisexual, and transgender people. This unjustifiably strengthens the representative position of gay men as most dominant among the LGBTQI+ population.

For this reason, Records Uncovered as an “exhibition in progress” is a collaborative effort in the form of a year-long LGBTQI+ history project, in which the Blinken OSA and Háttér invite contributions of relevant materials by members of the LGBTQI+ communities in Central and Southeastern Europe. It is the curated inclusion of these contributions that will ultimately bring Records Uncovered to its completion, as a comprehensive onsite exhibition about the histories of the LGBTQI+ movements in these regions, planned for February, 2022, at the Galeria Centralis in Blinken OSA.