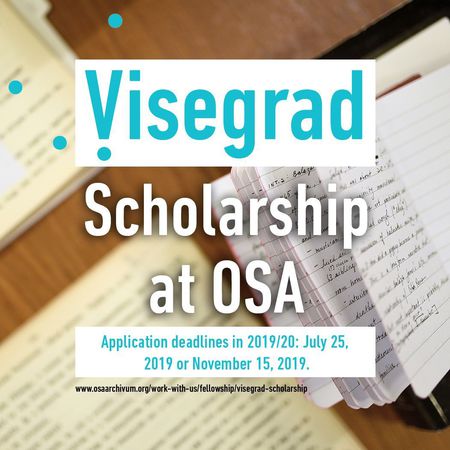 We invite applicants from the fields of history, the arts, philosophy and sociology to reflect on the conditions of knowledge production during and after the Cold War. This reflection exposes the intellectual and professional practices (journalistic, sociological, artistic, political, archival) that both reflected and shaped the meaning and scope of the Cold War phenomenon.

We are happy to announce that the evaluation of the last submitted Visegrad applications has finished and the final list of winners and reserves has been approved by the Council of Ambassadors.

RESERVES:
•    GRUJIC, Marija (Serbia) The Means of Political Propaganda and the End of the Cold War in Yugoslavia in the International Perspective: Reshaping of Totalitarianism from the Global to Local
•    CHIOREAN, Andru (Romania) Broadcasting Socialist Culture: the Romanian Communist Radio and the Politics of Culture, 1945-1953
•    COSOVSCHI, Augustin (Argentina) Cultural and intellectual relations between Yugoslavia and the Third World during the Cold War
•    FARKAS, Ádám (Hungary) From support to opposition:  Gyula Háy and the left-wing intelligentsia in Hungary after 1945 - Micro-historical approaches