The Open Society Archives at Central European University (CEU) is named after Vera and Donald Blinken in recognition of their tireless public service and unwavering devotion to higher education, art and the democratization process in the United States and in Hungary.

Vera Blinken was born in Hungary, and – in part, thanks to her courageous parents – miraculously survived the Holocaust and World War II. After the death of her father, in the early 1950s, she, together with her mother, managed to flee in an adventurous way from Communist Hungary and found a welcoming home in New York. 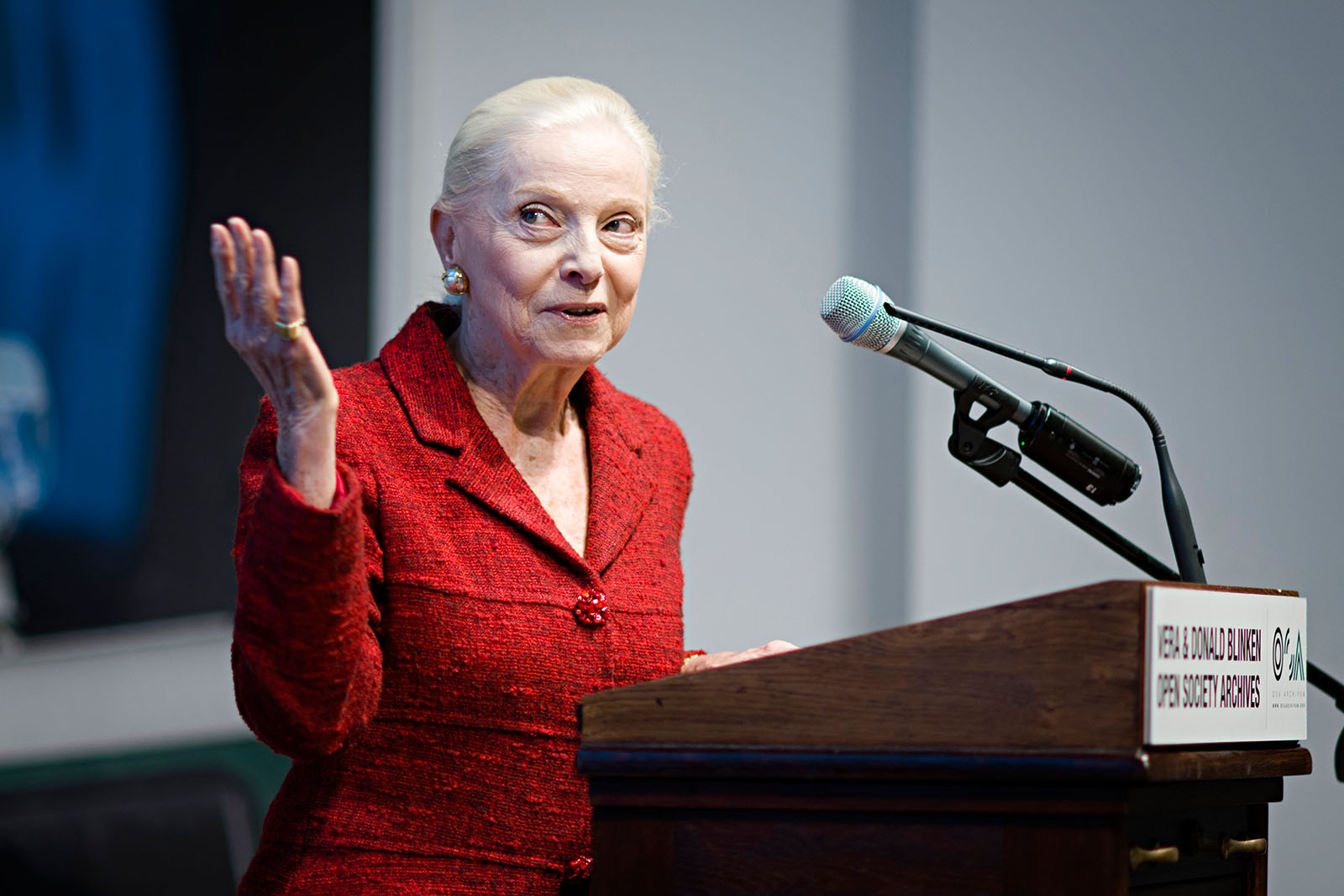 She studied at Vassar College, and worked as a successful interior designer. But as she wrote in one of her memoires, “Like every other refugee, I carry my past with me. The guilt of the survivor - for having survived the war when tens of thousands didn’t, for having escaped when millions couldn’t and even for being alive when so many were now [in 1956] dying for their beliefs. I resolved to give back for the freedom and opportunities this great country has granted me.” This is why Vera Blinken committed herself to the cause of the International Rescue Committee (IRC) that played a crucial role in helping Hungarian refugees who sought protection after the defeat of the 1956 Revolution. She became a Board Member and then Secretary of the IRC, which provided invaluable help to refugees during the Balkan wars in the 1990s. The Vera and Donald Blinken Open Society Archives is one of the largest repositories of the documents of those wars, which includes the archive of the United Nations Commission of Experts on Investigating War Crimes in the former Yugoslavia.

Vera Blinken was Special Assistant for the Arts and Cultural Affairs to the legendary Senator Daniel Patrick Moynihan and Vice Chairman of the Foundation for Art and Preservation in Embassies. While living in Hungary with her husband, Ambassador Donald Blinken, in 1996 she founded PRIMAVERA, the first mobile breast cancer screening program in Central and Eastern Europe. For her services to the Hungarian people, she was awarded the Middle Cross of the Order of Merit of the Republic of Hungary.

Donald Blinken was sworn in as the United States Ambassador to the Republic of Hungary in March 1994.  He concluded his service in November 1997. 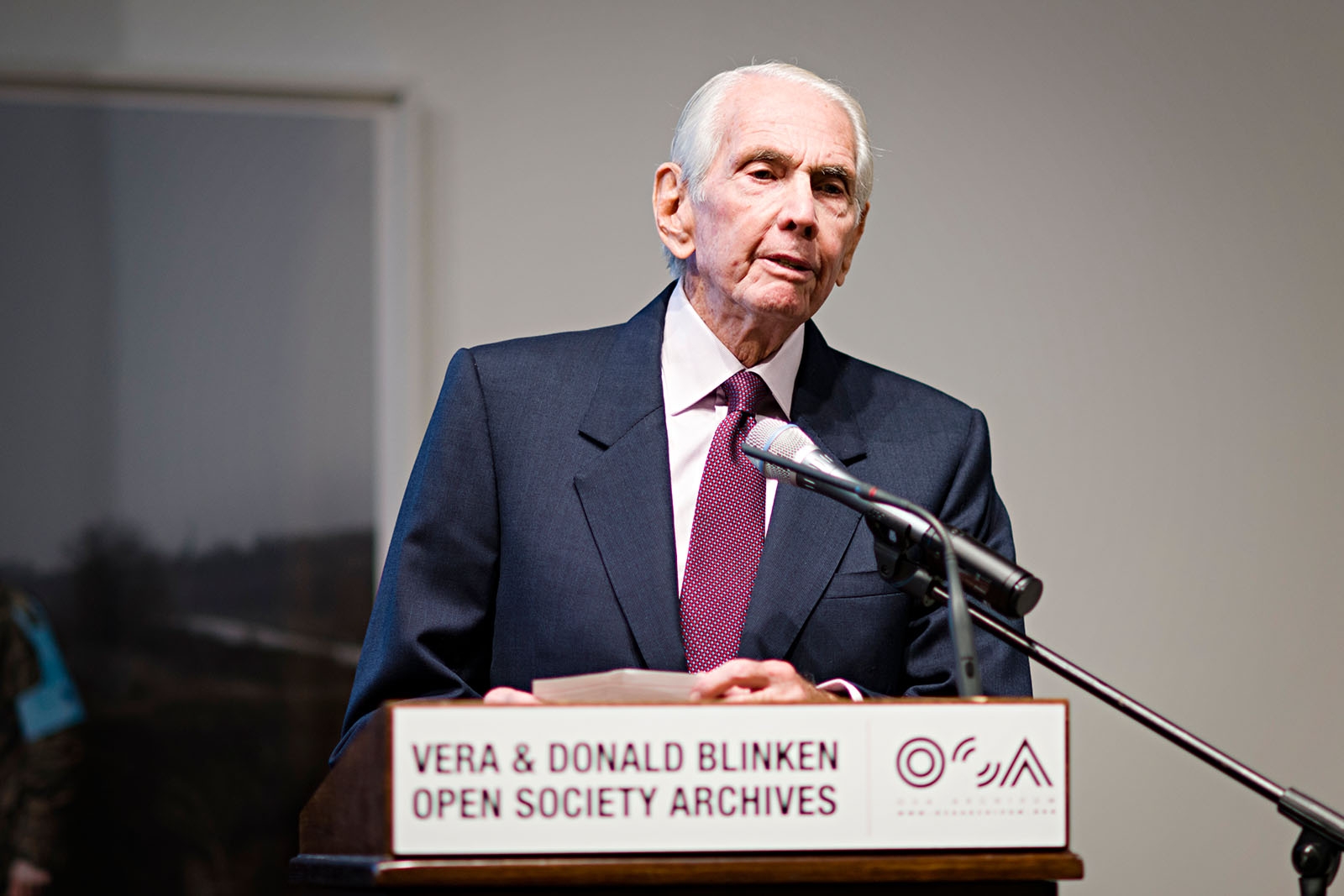 In 1976, he was appointed to the Board of the State University of New York and subsequently he was named Chairman of the Board of one of the largest public institutions of higher education in the world. The State University of New York serves 400,000 students on 64 campuses throughout New York. Ambassador Blinken served as Chairman of the Board until 1990. The University awarded Ambassador Blinken an honorary degree in 1993. He is the author of a book on American Trade Policy and numerous articles on education and international affairs.

Donald Blinken served as Ambassador at a crucial time, during the process of Hungary’s becoming member of NATO, at the time of the referendum on NATO membership. He played a defining role in setting up the Taszár Air Base that served as the logistical base for the IFOR and later on for SFOR peace keeping operations in the Balkans. For his accomplishments and services as the U.S. Ambassador in Hungary, he was awarded the Republic of Hungary’s highest civilian honor and the U.S. Department of Defense Award for Distinguished Public Service.

He was appointed a member of the Special Presidential Nomination Panel for the U.S. Court of Appeals by President Carter and served as Secretary-General of The World Federation of United Nations Associations from 2000 to 2004.  He is a member of the Council on Foreign Relations, the Advisory Board of the National Committee on American Foreign Policy, and the Executive Board of the Project on Ethnic Relations.

Ambassador Blinken has many accomplishments in the world of art and culture as well. As one of the earliest collectors of Mark Rothko’s works, he was named President of the Mark Rothko Foundation in 1976.  As a genuine public service gesture, the foundation distributed its legacy of paintings to 34 museums in the United States and abroad, including a major gift to the National Gallery of Art in Washington, D.C.  Ambassador Blinken also served as President of the Brooklyn Academy of Music from 1970 to 1976, was a member of the Executive Committee of the New York Public Library, a Board member and former Chairman of the Contemporary Publication Committee, and overseer of the Nelson A. Rockefeller Institute of Government, and a member of the Trustees’ Council of the National Gallery of Art. He is an Honorary Trustee of the New York Philharmonic Society.

With his prior experience as Chairman of the Board of the State University of New York, during his tenure as Ambassador in Hungary, Donald Blinken provided crucial help and support to the Central European University in the early years of its existence. In 1998, he was named Chancellor of the International Council of Central European University and subsequently became a member of its Board of Trustees. He serves as one of the Emeritus Trustees of CEU. When the Hungarian government started its attack against academic freedom, freedom of thought and research, against the autonomy of higher education, when the government majority of the Hungarian Parliament passed the “Lex CEU” that forced the university to move its teaching programs to Vienna, Ambassador Blinken publicly stood up against these authoritarian measures in support of CEU.

Vera and Donald Blinken have a several decades-long relationships with the Open Society Archives. They provided crucial support for setting up the 1956 Digital Archive and as part of that large archive, the Donald and Vera Blinken Collection of Hungarian Refugee Interviews 1957-1958, that contains more than 30,000 pages of in-depth interview, together with 3,000 pages of subject files, originally stored at Columbia University Libraries in New York City. In 2015, at the height of the international refugee crisis, Vera and Donald Blinken helped create the 1956 Hungarian Refugees in the United States special digital collection.

Vera and Donald Blinken’s personal archive consisting of over 600 items is deposited at the Archives and includes text documents and photographs, as well as their jointly authored book, Vera and the Ambassador: Escape and Return, which was published in 2009.

Strengthening this special relationship, in 2015 Vera and Donald Blinken announced a major bequest to the Open Society Archives that would guarantee the long-term future of the Archives’ highly visible public engagement and programs. At the ceremony, when this generous announcement was made, the Archives was dedicated to Vera and Donald Blinken. Bernard Kouchner, the co-founder of Médecins Sans Frontiéres and former French Minister of Foreign and European Affairs, gave the keynote address at the dedication ceremony. 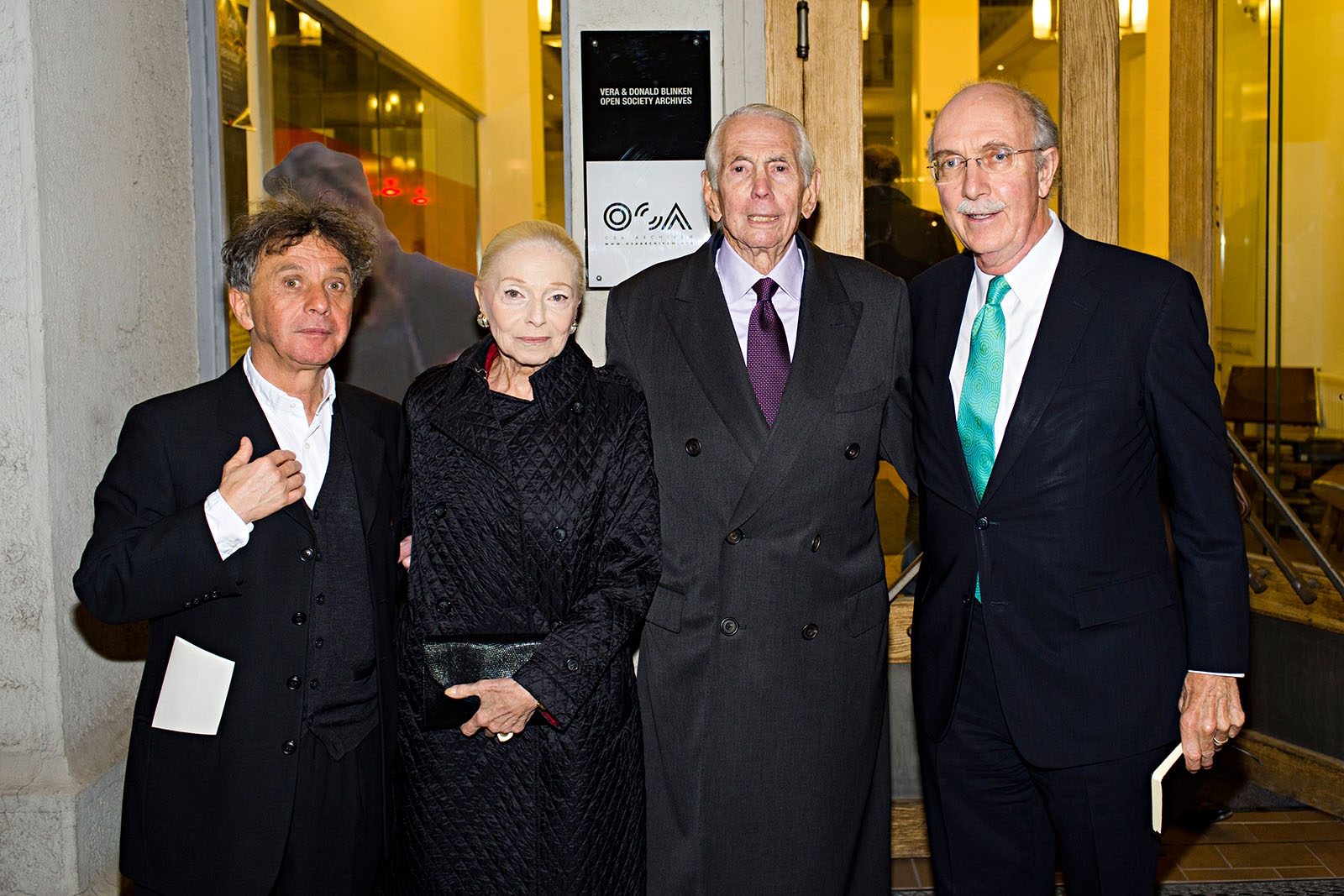 István Rév (l), Director of Blinken OSA with Vera and Donald Blinken and John Shattuck (r), Rector and President of CEU at the dedication ceremony on November 3, 2015 | Photo: Daniel Vegel

While part of the degree programs of CEU was forced to leave the home country of the University, the Vera and Donald Blinken Open Society Archives, one of the largest Cold War archives, and probably the largest archive of documents related to grave violations of human rights world-wide, stays in Budapest, providing factual historical information to the public, fighting against historical revisionism, the misrepresentation of events of the past under authoritarian rule. We are proud that the Archives carries the name of good human beings and exemplary public figures.