25 Years After Dayton: Between the Ethics of Memory and the Historiography of the Yugoslav Wars 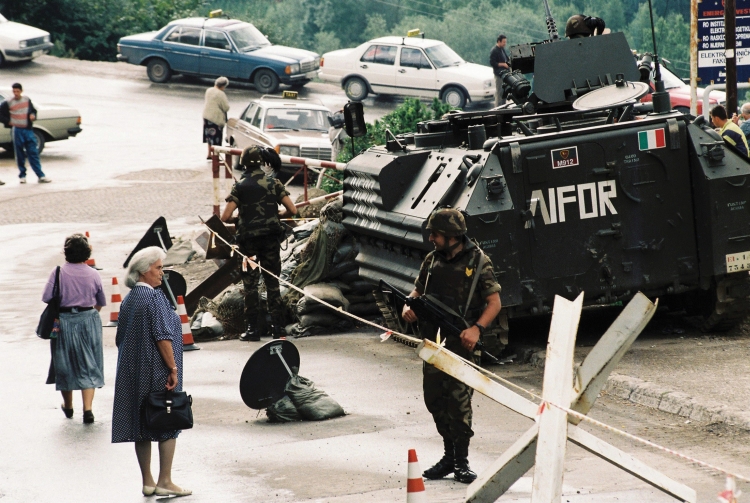 Today, twenty-five years have passed since the official signing of the Dayton Peace Agreement in Paris. With the accords reached on November 21, 1995 in the Wright-Patterson Air Force Base, near Dayton, the three representatives of the warring sides in former Yugoslavia set an end to a four-year war that had taken the lives of 130 thousand people, and had displaced over 2 million. The agreement has been anything but a celebrated one. Praised, initially, as a success of the US and European diplomacy for ending the bloodshed, soon, it was widely criticized for its incapacity to bring something more than a justified peace in Bosnia. Its list of “deficiencies” is long and well-known: contradictions in the proposed constitutional structure of Bosnia and Herzegovina, creation of a massive bureaucratic system, difficulties for establishing a common civic identity due to constitutionalized ethnic division of political power , lack of governmental powers for creation of a prosperous economic environment.

Many defenders of the agreement, on the other side, have claimed that the priority was the establishment of a negative peace, a function it has successfully served. In an opinion published on the tenth anniversary of the agreement, Carl Bildt, co-chair of the Dayton talks and first High Representative for Bosnia and Herzegovina, defended Dayton as a successful “story,” adding that overcoming much of the noted deficiencies attributed to the agreement required that politicians in Bosnia stopped talking and quarreling about the past and constitutional issues, and started working on establishing a better future.

An elderly woman jokes with an Italian soldier as she walks by a NATO Implementation Force (IFOR) checkpoint
in Bosnia and Herzegovina.
(Photo: Flickr/NATO)

A better future for a postwar country is certainly one in which a just rather than a justified peace obtains, one in which citizens have opportunities to flourish rather than to survive a day without shootings and serious violations of basic human rights. Bildt is right in singling out that this requires much more than constantly solving constitutional issues, and sometimes, perhaps, even forgetting some aspects of the past. But at the same time, it cannot be bypassed that a just peace obtains through the punishment of war criminals and through reconciliation. These are processes that necessarily lead to the discussion of the violent pasts shared among the warring sides, and refer to practices of recording and remembering what will shape their present and future, postwar, collective and political identities.

Facing a warring past is a long, normative, and controversial process. The Yugoslav Wars are not an exception.

It is a normative process, because by aiming toward just peace, the process of facing the warring past has to respond to certain moral requirements on the collective memory of the war and its institutional remembrance by all clashing political entities. Facing the warring past can be also a controversial process because—as the case of the remembrance of the Yugoslav Wars best illustrates—it can be to a great extent used exclusively for the purposes of strengthening national identity narratives and legitimizing “nationalist dreams” rather than honoring the victims of the war or leading to reconciliation. The double-edged sword is a necessity that war remembrance, as a constitutive aspect of the process of facing the warring past, cannot avoid. Things get more complicated when we acknowledge that remembering, as Cecilé Fabre would stress, is also a truth-tracing process: you can’t remember that which did not happen. Hence, remembering implies something like a “factual” base, it presupposes historical knowledge that partakes in a collective ethics of memory as a common ground on which we develop our practices of remembering. In other words, the encounters between memory and history and remembering and history are unavoidable.

And yet, in the twenty-five years of peace in former Yugoslavia, there is anything but consensus within the former Yugoslav historiography about what really happened in the Yugoslav Wars, and consequently little consensus in the respective publics about what constitutes and what should constitute the base of our remembrance of the wars on the road to reconciliation and just peace.

On the other side, commonalities in the acts of institutional war remembrance, especially their partial and partisan character and the tendency for abnegation of misdeeds committed during the wars, were prominent in the twenty-five years since the establishment of peace in the region.

The “bias toward the just cause” can be seen as one of the major obstacles in this regard, one that imposes considerable difficulties in the establishment of an integrated memory of the Yugoslav Wars among the former warring parties. From history books to talks on public commemorations and to official state reports, there is a lack of consensus on whose struggle in the war constituted the fight for an unjust cause, namely, who was the aggressor, and who acted in self-defense. As Walzer would note quoting de Vitoria, “no war can be just on both sides.” Yet, twenty-five years after Dayton, each of the sides represents its role in the war as a justified defensive response to aggression or potential serious violation of basic human rights. Even the characterization of the wars themselves remains controversial, being “hostage” to official governmental definitions tailored immediately after they had ended. In Bosnia, claiming that the Bosnian War was a civil war rather than an international aggression is still a political crime of the same rank as the negation of the genocide committed by the Bosnian Serb Army in Srebrenica. The narratives about the nature of the wars and their actors, created in the mid-1990s, remain to date, in almost all their entirety, unchallenged by any of the successive governments in each of the countries.

In this direction, an almost universally accepted view about the existence of a “nationalist consensus” for the disintegration of Yugoslavia and the start of the war has been proliferated since the 1990s. In many cases, this view was supported by the inadequate—at best—thesis about a “deep-rooted ethnic hatred” among the warring sides, which has dominated the media (especially the international one) and the political discourse during and in the immediate years after the war (e.g., Rose, 1998; Kaplan, 1994). In its public and commemorative use, this narrative has for years been exploited as a means for legitimizing the interests and the politics of the nationalist elites.

A consequence of its public use was the solidifying of a partial account of the causes for the Yugoslav Wars, which, paired with the “ethnic hatred” thesis, normalized the accounts of violence during the war as a “natural” outcome of “hatred,” practiced by all sides in the war.

This normalization of violence is still used in tu quoque arguments, whenever the minimization of war crimes committed by one’s own group are to be publicly claimed as a way of self-exoneration. Alternative narratives and views about the occurrences before the war and their causes, as well as any insight about the significant number of people who opposed the wars and the violence by taking part in anti-war movements, the political opposition, or otherwise, remain largely on the margins (Bilić, 2012; Šušak, 1996). 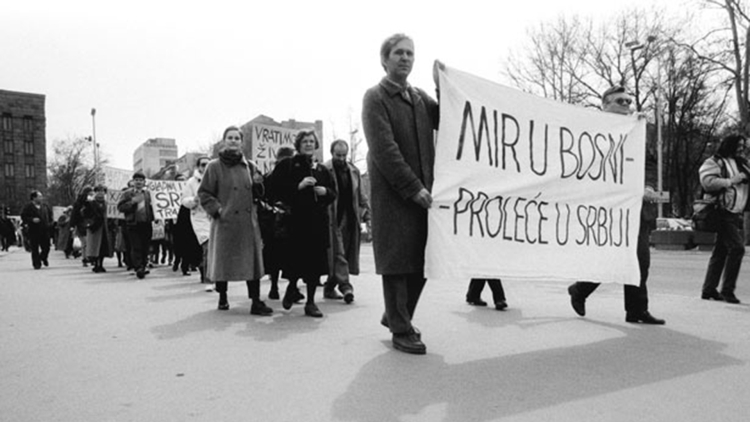 Lastly, and in conjunction with the previous tendencies, forms of misrecognition of the suffering of others and self-victimization have dominated the public acts of commemoration of the wars since the start of the peace. Aside from well-known denials of the Srebrenica genocide, convictions of war criminals by the International Criminal Tribunal for the former Yugoslavia (ICTY) have been decried as partisan, not only by political figures or pro-governmental news outlets but also in almost all history schoolbooks in the region. The latter remain largely devoid of meaningful discussion of the role of the ICTY and its convictions, the war crimes committed by each side, and the sufferings of the victims of other nationalities.

Yet, shifts from these general tendencies have also been present in the publics of each of the warring countries since the end of the wars. The work of organizations such as the Coalition for RECOM—as well as other local civil initiatives—toward the recognition of all the victims in the war, is one example. Projects such as “Learning history that is not yet history,” establishing regional cooperation in writing about the Yugoslav Wars in history schoolbooks, are another. They counter the tendencies noted above, pointing to possibilities for alternative principles of remembrance and history writing in regard to the Yugoslav Wars. Political gestures, such as the presence of Boris Milošević this year at the commemoration of the twenty-fifth anniversary of the operation “Oluja” in Knin, also signal in direction a reconciliatory war remembrance. As mentioned above, besides being normative and controversial, facing the warring past is also a long process that consists of different phases with characteristic dynamics.

Hopefully, twenty-five years after Dayton, we enter one that can soon lead to a common commemoration of the end of the wars: one in which recognition to all victims will be given, and a way to a truly just peace will be paved.