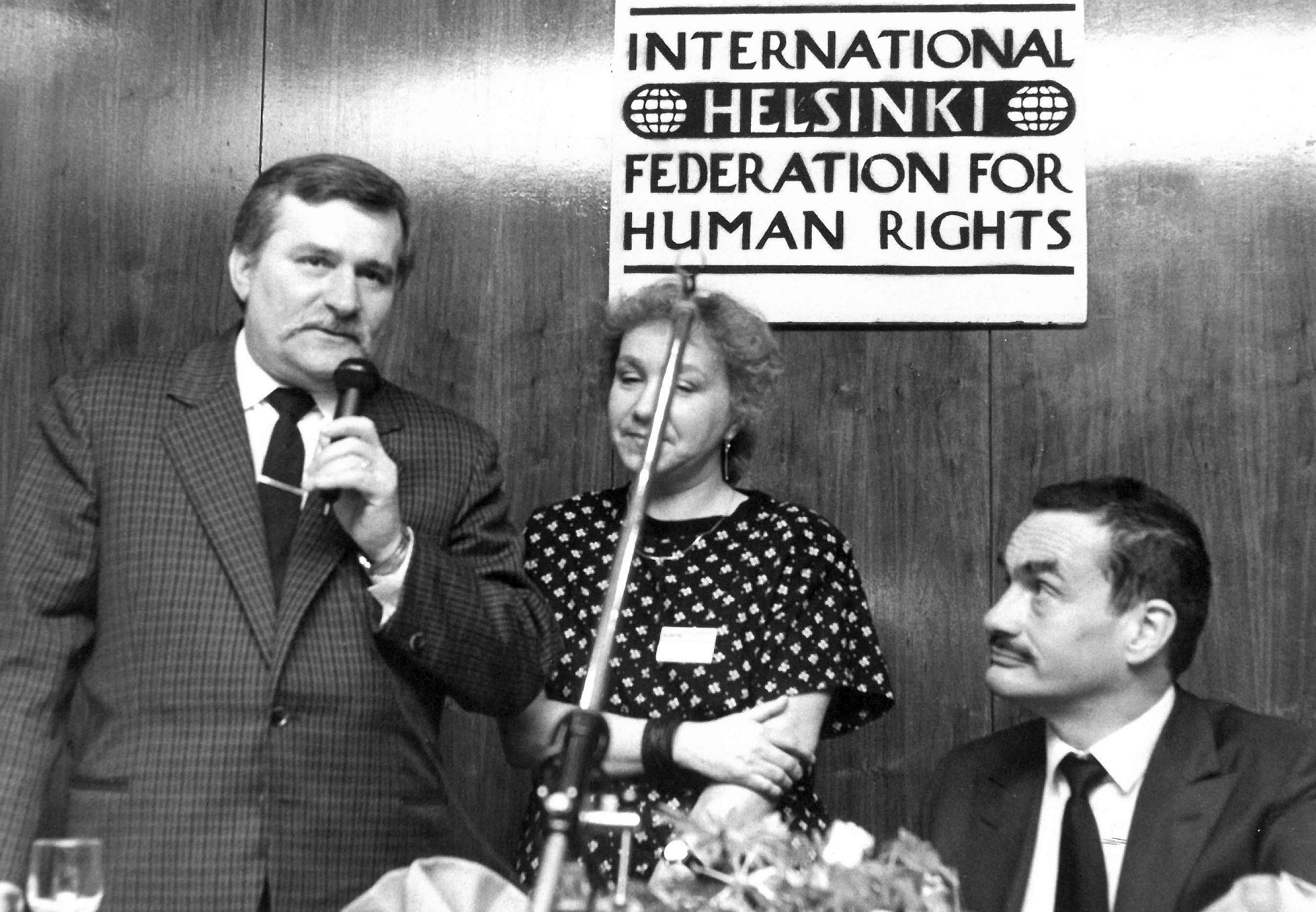 The history of IHF goes back to the Helsinki Accords, the final act of the Conference on Security and Co-operation in Europe (CSCE) held in Helsinki in July and August 1975, which was meant to better relations between Communist countries and Western powers, and was signed by 33 European states, as well as the United States and Canada. Inspired by Principle VII of the Helsinki Final Act , which confirmed “the right of the individual to know and act upon his rights”, Yuri Orlov formed the Moscow Helsinki Group in 1976, and his example was soon followed by others both in the USSR (Ukraine, Georgia, Lithuania, and Armenia) and other satellite countries (Czechoslovakia and Poland). These citizens’ groups worked to persuade their governments to completely fulfill the agreements delineated in the Final Act.

As their activities gradually came under attack from their governments, and their activists were severely persecuted, imprisoned or expatriated, in 1978 Andrei Sakharov launched an appeal “for the creation of a unified international committee to defend all Helsinki Watch group members.” Partly in response to the call, in the presence of 22 members from 18 countries and four observers, IHF was established in Bellagio, Italy in 1982, to provide all national Helsinki Watch groups with a network through which they could support each other’s work, and with a formal international organization which could speak up and act more efficiently on their behalf.

In the years to follow, IHF dedicated itself to the protection and promotion of human rights in Europe, North America and Central Asia, and, specifically, to the monitoring of the compliance of the signatory states with the human rights provisions of the Helsinki Final Act. After 25 years in the service of the powerless, marginalized and vulnerable, IHF’s activities came to an unlikely end. The organization was forced to close down due to embezzlement committed by its financial manager in 2007.

Karl von Schwarzenberg, who turned 80 on this very day was Chairman of IHF from 1984 until 1991. The Prague-born 12th Prince of Schwarzenberg went in exile to Austria after the Communist takeover in Czechoslovakia in 1947. He became politically active in the early 1960s, and after the Soviet invasion of Czechoslovakia in 1968, he openly supported the Czechoslovak opposition movement and the persecuted signatories of the Charter 77. His family’s baroque Palais Schwarzenberg in Vienna housed the first offices of IHF. Under his chairmanship, IHF became a powerful instrument in voicing human rights claims from countries under Soviet rule, which was heard Europe-wide and beyond. As Robert L. Bernstein, the former Chair of Human Rights Watch recalled, IHF “had grown into something sizable.” 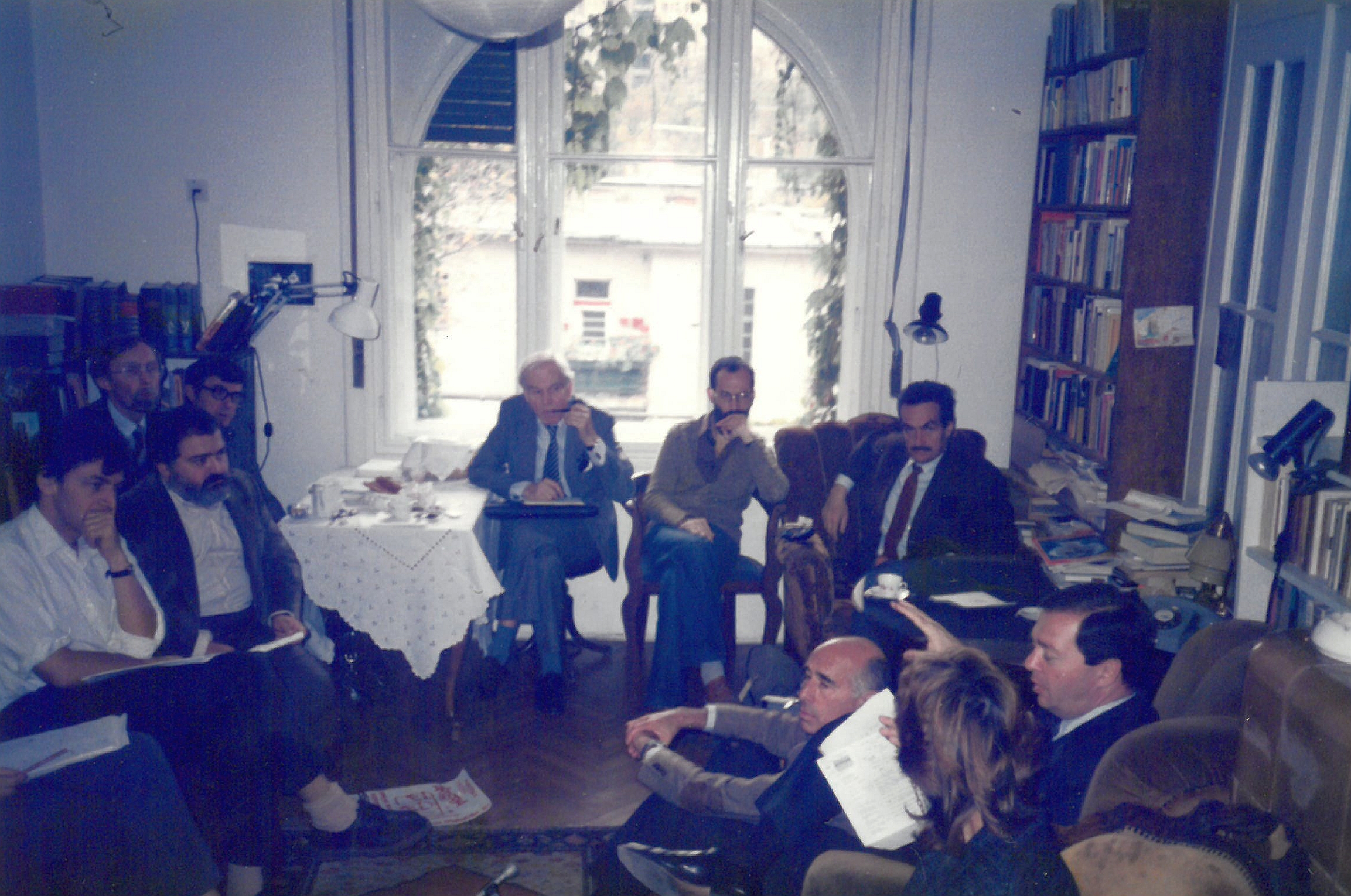 In 1989, the Committee of Ministers of the Council of Europe awarded The European Human Rights Prize to IHF together with Lech Wałesa, for having made “exceptional contribution to the cause of Human Rights in accordance with the principles of individual freedom, political liberty and the rule of law, which are the foundations of any truly democratic society and reflected notably in the European Convention on Human Rights.” Karl von Schwarzenberg, who accepted the prize on behalf of IHF, concluded his speech the following way: “I am here today only as the messenger of all those of whom I have spoken, and sometimes I fear that I resemble the one with the imperial message, about which my great compatriot Franz Kafka tells: ‘Nobody reaches through here, least of all with a message from one who is dead. You, however, sit at your window and dream of the message when evening comes.’”

From July 1990 until July 1992, Schwarzenberg served as a chancellor of his long-time friend and former political protégé Vaclav Havel, the first freely elected President of Czechoslovakia.

Blinken OSA became the official archives of IHF in 1998. Parts of IHF’s historical archives were transferred to Budapest soon after the signing of a custodial agreement, while the last batches made it to its stack after the closure IHF’s main office in Vienna in 2008. Since then, the complete archives of IHF had been processed and its catalogs published online. Hundreds of relevant documents pertaining to the Helsinki process were made available from the IHF collections in a joint project with the Gerald R. Ford Presidential Library entitled The Helsinki Final Act.