Discussion About the 1995 Srebrenica Genocide Begins in the Archives 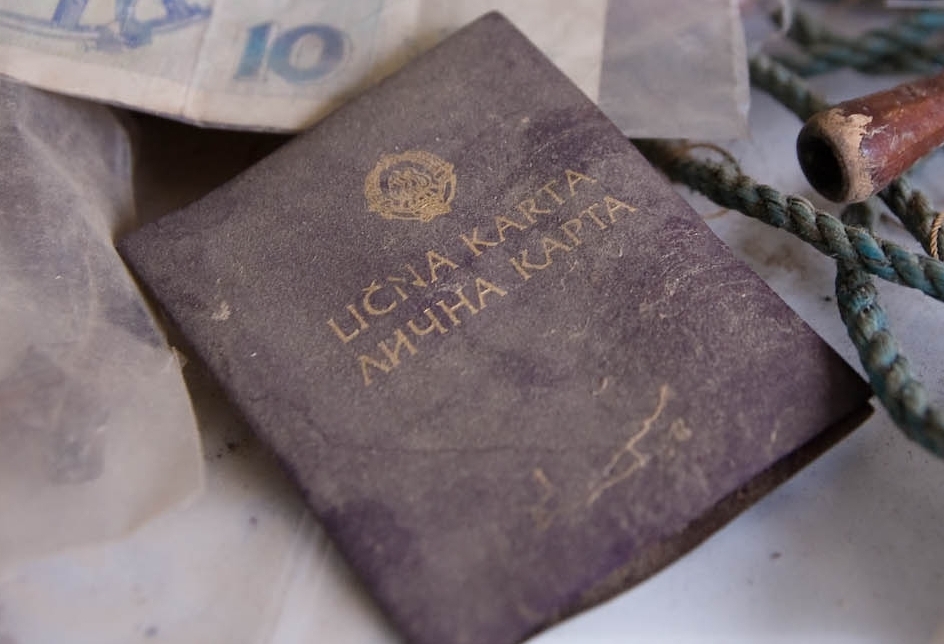 The systematic execution of 8,372 Bosnian Muslim men and boys by the Bosnian Serb Army (VRS) in July 1995 in the larger Srebrenica area, dubbed by former Chief Investigator of the International Criminal Tribunal for the former Yugoslavia (ICTY) Jean-René Ruez "the Axis of Death," constituted genocide. Between 2004 and 2019, the fact was confirmed before the ICTY in six individual cases (Krstić, Popović, Beara, Nikolić, Tolimir, Karadžić), with the case of Ratko Mladić, the highest ranking officer in the VRS responsible for the killings, still on appeal; and in 2007, before the International Court of Justice (ICJ) as well. Just to reiterate the obvious:

"[T]he scale and nature of the murder operation, the targeting of the victims, the systematic and organized manner in which it was carried out, and the plain intention to eliminate every Bosnian Muslim male who was captured or surrendered proves beyond reasonable doubt that members of the Bosnian Serb Forces, including members of the VRS Main Staff and Security Branch, intended to destroy the Muslims of Eastern Bosnia as a group." (Prosecutor v. Popović et al, Case No. IT-05-88-T, ICTY on June 10, 2010)

"The Court concludes that the acts committed at Srebrenica falling within Article II (a) and (b) of the Convention were committed with the specific intent to destroy in part the group of the Muslims of Bosnia and Herzegovina as such; and accordingly that these were acts of genocide, committed by members of the VRS in and around Srebrenica from about 13 July 1995." (Application of the Convention on the Prevention and Punishment of the Crime of Genocide, Bosnia and Herzegovina v. Serbia and Montenegro, Judgement, ICJ on February 26, 2007) 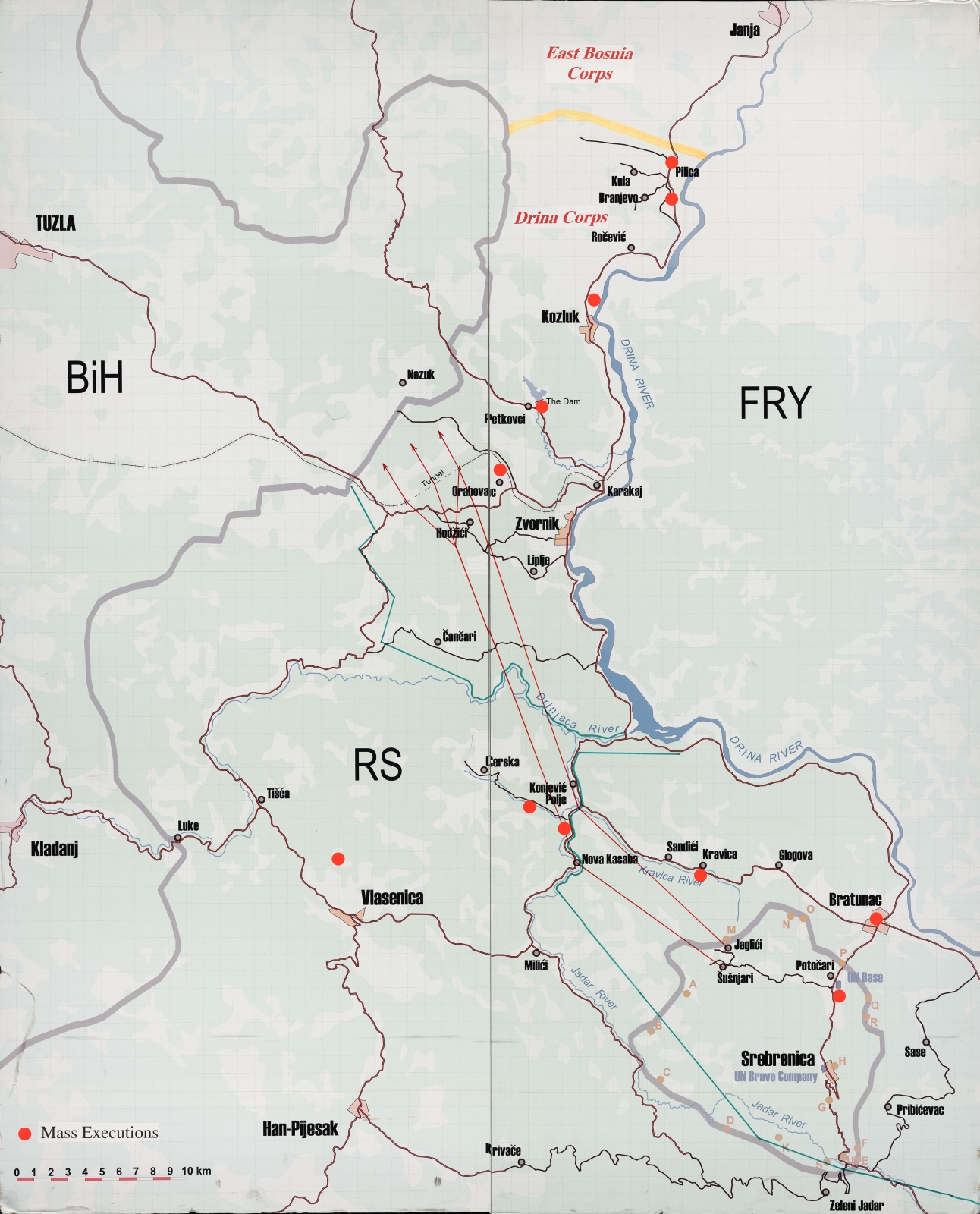 The 25th anniversary finds Bosnia and Herzegovina (BiH) deeply divided along ethnic lines over the legacy of the Srebrenica genocide. Commemorating the dead, catering for the survivors, and the attempts at finding "a shared and shareable 'public language of grief'–affect that engages with the losses and remnants of the catastrophe" (Arsenijević, Husanović, and Wastell, 2016) have been obscured by the current coronavirus pandemic and the perseverance of an even more dangerous phenomenon haunting Bosnian society: genocide denial. From sporadic initiatives of downplaying the number of civilian casualties and flatly denying the acts of genocide, triumphalism—the glorification of perpetrators, the eleventh stage of genocide denial, as Bosnian-Australian scholar Hariz Halilovich posited—was elevated to state level since the nationalist-separatist politician Milorad Dodik, the former president of Republika Srpska (RS) and an avid revisionist, became the Serb member of the Bosnian presidency in 2018.

The phenomenon is not new. Let us recollect its latest manifestations: on August 14, 2018, the RS National Assembly revoked its own Srebrenica report on claims of it containing "false data" on casualties. An international commission of experts, convened and sponsored by RS, will conduct a new investigation on Srebrenica (and Sarajevo). On January 23, 2020, the House of Peoples of BiH voted against the criminalization of genocide denial (including committing acts of hatred, denial of verdicts, and privileging convicted war criminals). Finally, on February 17, 2020, its president called for the secession of RS, following a BiH Constitutional Court ruling on farmland ownership.

Other regional and international events have also propelled and encouraged denialism. Just to mention two of these: in November 2018, Serbian Prime Minister Ana Brnabić declared that "Srebrenica was hideous crime, it was a war crime. . . . I do not think it was genocide." On December 10, 2019, the Nobel Prize in Literature was awarded to Austrian writer Peter Handke, widely noted for his long-time friendship with indicted war criminal Slobodan Milošević and for the dismissal of the 1995 Srebrenica genocide. The move sparked heated debates on the moral sensibility and responsibility of the international community in maintaining a dignified memory of the victims.

In the meantime, the Coalition for RECOM (Regional Commission Tasked with Establishing the Facts about All Victims of War Crimes and Other Serious Human Rights Violations Committed on the Territory of the Former Yugoslavia from January 1, 1991 to December 31, 2001), the most earnest and inclusive initiative to deal with the contested heritage of the recent Yugoslav wars, failed to pick substantial support for establishing a regional truth committee.

Making relevant documentation on human rights abuses, war crimes, and genocide openly and freely available to everyone is paramount in fighting the culture of societal denial.

It is our conviction that any discussion today on the roots, causes, architecture, execution,
and memory of the 1995 Srebrenica genocide should start in the archives.

As the largest private repository on the former Yugoslavia in the region, including over 35,000 records covering the period of 1948–2008 gathered in the Yugoslavia Archive Project, Blinken OSA has been active in preserving, publishing, and promoting archival documentation relating to the prehistory, fall, and afterlife of Srebrenica. This difficult heritage is preserved and managed according to principles established by legal scholars Louis Joinet and Diane Orentlicher, according to which those who have suffered human rights abuses have the right to know the truth, and archives holding records on such abuses should be maintained and made accessible. Mass atrocity records serve as guarantees of non-recurrence of the violations they describe, and are reliable sources for understanding the nature of human rights violations and for justice-making processes. Victims and survivors have the right to reparation through preserving their memory via "documents of human pain." 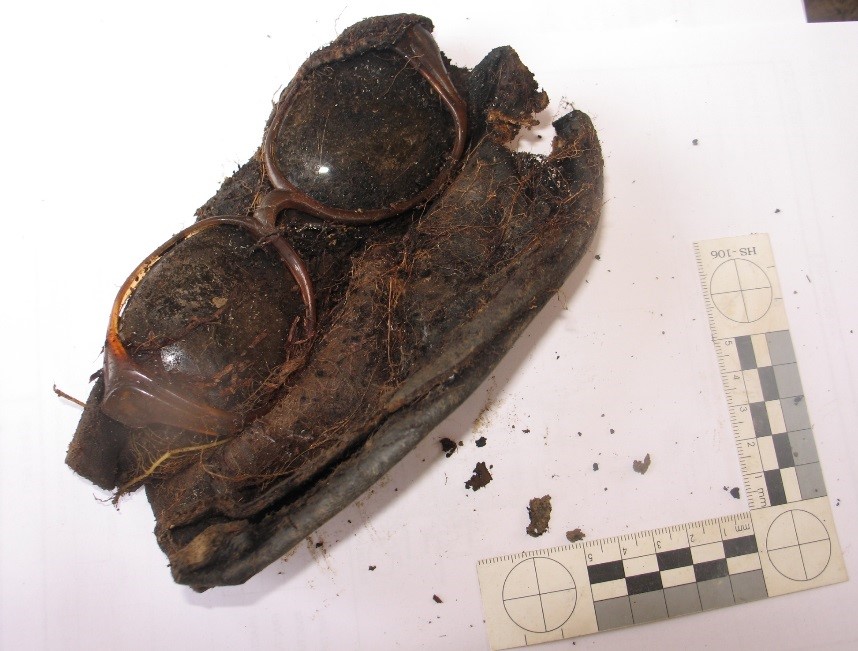 Prescription glasses of a Srebrenica victim found at the Ćanćari Road 9 secondary mass grave in 2007; the site was associated with the execution place at the Branjevo Military Farm.
(International Commission on Missing Persons)

Our way of marking the 25th anniversary of the Srebrenica genocide includes the listing of Blinken OSA’s most relevant sources, which have already been processed and their catalogs published online. Some of them have been digitized or are currently undergoing digitization to provide better access to them. 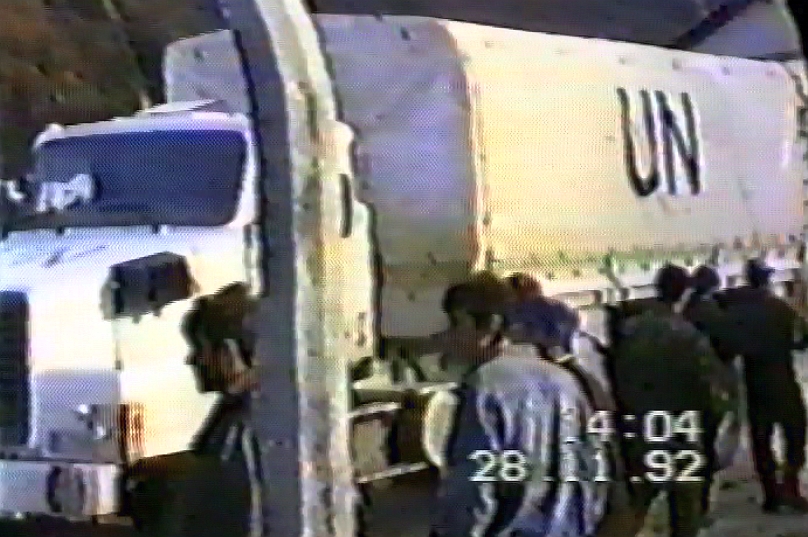 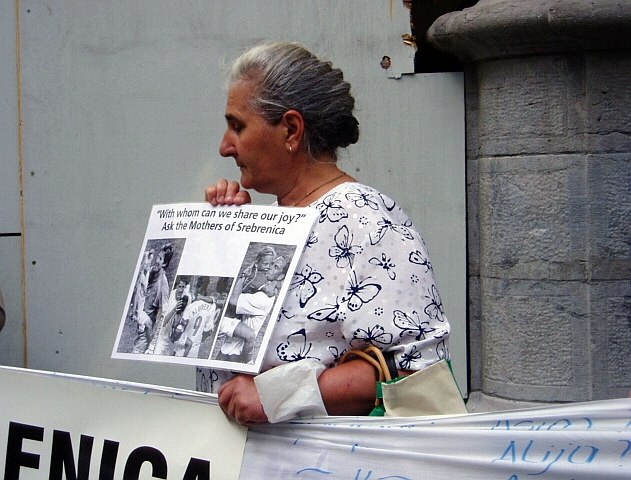 Collection of Home Movies on Srebrenica, 1992–1995 | Video recordings on life in Srebrenica before the July 1995 fall of the enclave, including amateur footage shot at parties, wedding ceremonies, community outings, horse races, and local sports events. Other recordings cover aid activities of international organizations, including UNHCR and the Swedish Shelter Project, or contain footage on military drills, interviews with Bosnian Muslim commanders, and other personnel on the causes of war, defense of the area, and the latest war operations. Re-archived for the 25th anniversary.

David Rohde Srebrenica Research Collection, 1991–1999 | Includes press clippings and briefings, news agency releases, eyewitness accounts, correspondence, memos, manuscripts, and photographs pertaining to the 1995 Srebrenica genocide. Collected by David S. Rohde, the first Western journalist to discover mass grave sites around the UN "safe area," the documents give an overall insight into how the events unfolded and what the role of the major participants was before, during, and after the fall and betrayal of Srebrenica in July 1995. Rearranged and digitized for the 25th anniversary.

Lara Nettelfield Photo Collection on Srebrenica Survivors, 2003–2005 | Contains photos taken by political scientist and human rights defender Lara C. Nettelfield during her research in Bosnia and Herzegovina in the early 2000s. Working with women survivors of the 1995 Srebrenica genocide and their associations, Nettelfield took part in and organized advocacy activities, including demonstrations, commemorative events, vigils, and a bus trip to the ICTY in The Hague. To be processed for the 25th anniversary. 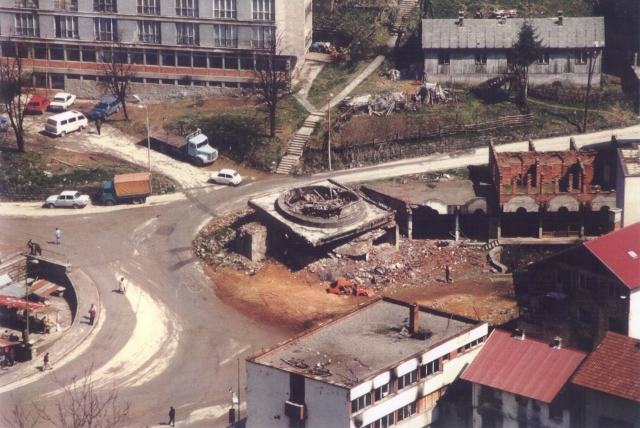 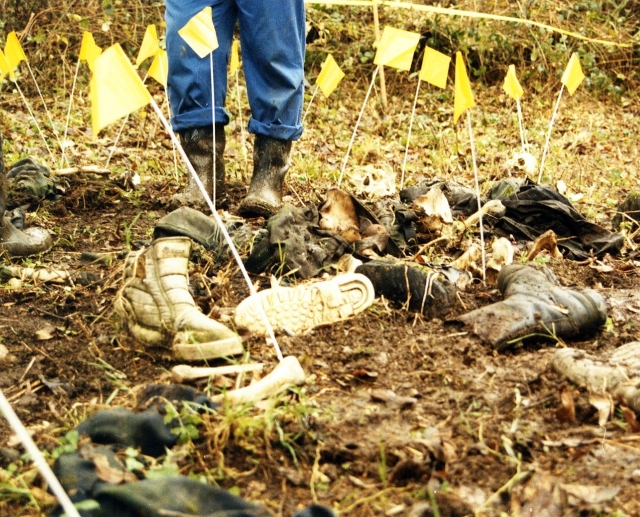 Bosnia Projects of Physicians for Human Rights, 1996–1999 | Materials include forensic reports, databases, lists, memos, correspondence, handbooks and manuals, newsletters, press releases and clippings, maps, photographs, and videos. They document individual and mass grave exhumations and the identification of missing persons by using DNA technology combined with ante-mortem and post-mortem databases in relation with the Srebrenica genocide and other mass killings committed in Bosnia and Herzegovina in 1991–1995, as well as the psycho-social effects of the war in the Bosnian society.

Bosnia Herzegovina Subject Files, 1992–1997 | News agency releases, press clippings, and publications on the recent history of Bosnia and Herzegovina from the moment of its international recognition as an independent state in 1992, through the devastating wars, to the Dayton Peace Agreement of 1995 and to the postwar reconstruction. Files cover the Srebrenica genocide, forcibly displaced people, military and security issues, privatization, unemployment, and the country’s strong ties to the US, EU, and NATO. 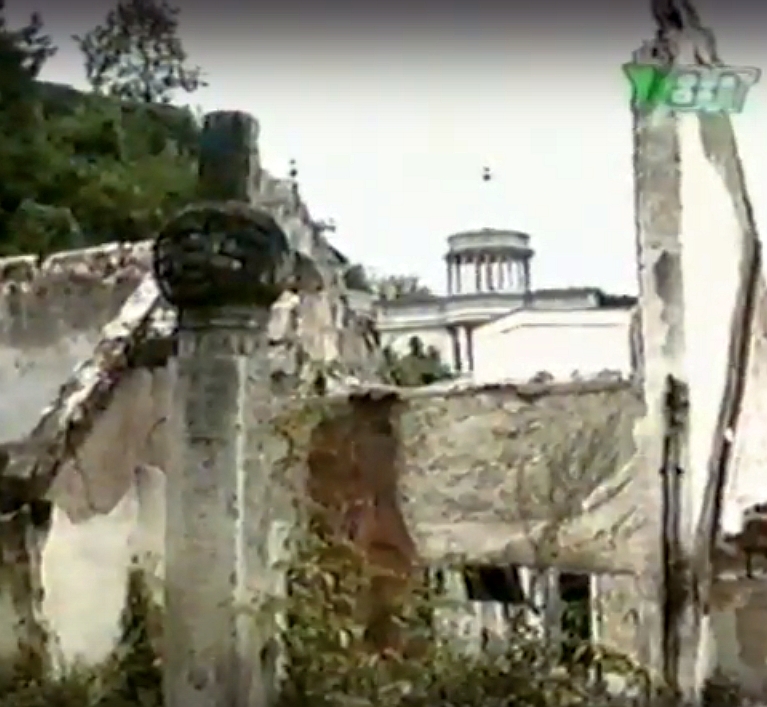 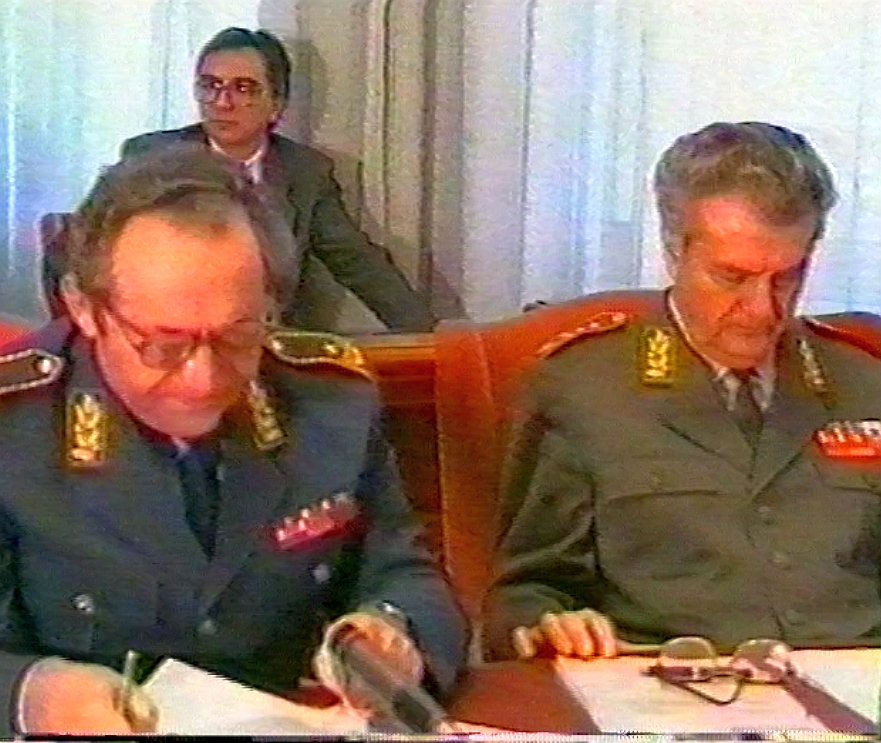 Balkan Archive of the International Monitor Institute, 1990–2001 | Over 3,000 hours of newscasts, documentaries, and amateur footage, presenting conflicting versions of the 1991–1995 Yugoslav Wars. Produced by public and private media outlets in the ex-Yugoslav region and the West (from CNN to ORF), the majority of the materials documents specific atrocities such as the 1995 Srebrenica genocide or crimes against humanity, like the siege of Sarajevo. Testimonies of victims and survivors and interviews with major political and military figures are also included.

Bosnian Television Monitoring, 1996–1999 | Recordings of television news and other political programs broadcast by the official Bosnian-Herzegovinian televisions, TV B&H, TV Srpska, and NTV X, plus independent broadcasters Hyat and Television 99. Highlights include programs about post-war reconstruction, identification of the missing and commemoration of the victims, return of refugees, justice making, and living standards, as well as interviews with Zoran Đinđić and Vojislav Šešelj and speeches by Alija Izetbegović.

Yugoslav Television Monitoring, 1990–1995 | Recordings of newscasts and political programs broadcast on a variety of television stations, including Radio Television Serbia (RTS Belgrade, RTS Novi Sad, RTS3), Yutel, Studio B, TV Sarajevo, Zenica and Politika and RT Titograd in 1990–1996. Reports cover the breakup of Yugoslavia as it unfolded, the 1991–1995 Yugoslav Wars with daily news on military activities, and the anti-war and anti-draft protest organized by students and NGOs in Belgrade and Sarajevo. Catalog to be published soon.

On a more personal note, my involvement with the Srebrenica genocide began as early as 1998, when I became the human rights archivist at Blinken OSA, in charge of all of its human rights collections in general, and those related to the recent Yugoslav wars in particular. Deeply affected by these documents of suffering and loss, in which the fate of victims inescapably intertwined with that of survivors and relatives, I decided to become also the "curator" of microhistories of everyday people caught off-guard by historical events stirred by nationalist politicians.

Then, I was hired by Columbia University in New York City, to establish the new Center for Human Rights Documentation and Research, starting with the Human Rights Watch Archives, where I continued working with relevant materials. In July 2005, I organized an audiovisual commemoration of the Srebrenica genocide, consisting of excerpts from documentaries and other film footage in the Rare Book and Manuscript Library.

Upon returning to Blinken OSA, on the 15th anniversary, we mounted a novel and visually appealing exhibit entitled Srebrenica-Exhumation, another example of offering informed access to documents on mass atrocities, and thus a critical, forensic-scientific approach to the conflict. We turned the gallery space into an unconventional memorial site, whose central installation was a "simulated" exhumation space created by using interior land art technique. Archival sources including reports, photos, footage, and artifacts from forensic investigations, as well as personal documents and recollections from the victims' families, were combined in an attempt to reconstruct and frame the story of mass atrocities committed in the Srebrenica area. By the help of these crucial archival sources, we managed to create an alternative "commemorative arena" free of spatial and temporal limitations, where visitors could engage with the displayed material through an experiential journey. While conducting exhumations and investigations on their own, visitors became active participants in the exhibit, which showed that incorporating forensic evidentiary materials in alternative memory practices are instrumental in developing bottom-up, inclusive victim narratives to counter dominant ethno-nationalist discourses.

The work with Srebrenica-related archival sources continues in a new and most rewarding form. Since December 2019, on behalf Blinken OSA, I serve as a pro bono archives consultant for the Srebrenica-Potočari Memorial and Cemetery, assisting in designing and establishing a proper and long-needed archives and research center on the study of the 1995 Srebrenica genocide. Digital copies of some of the records listed above will be transferred to the PMC Archives. 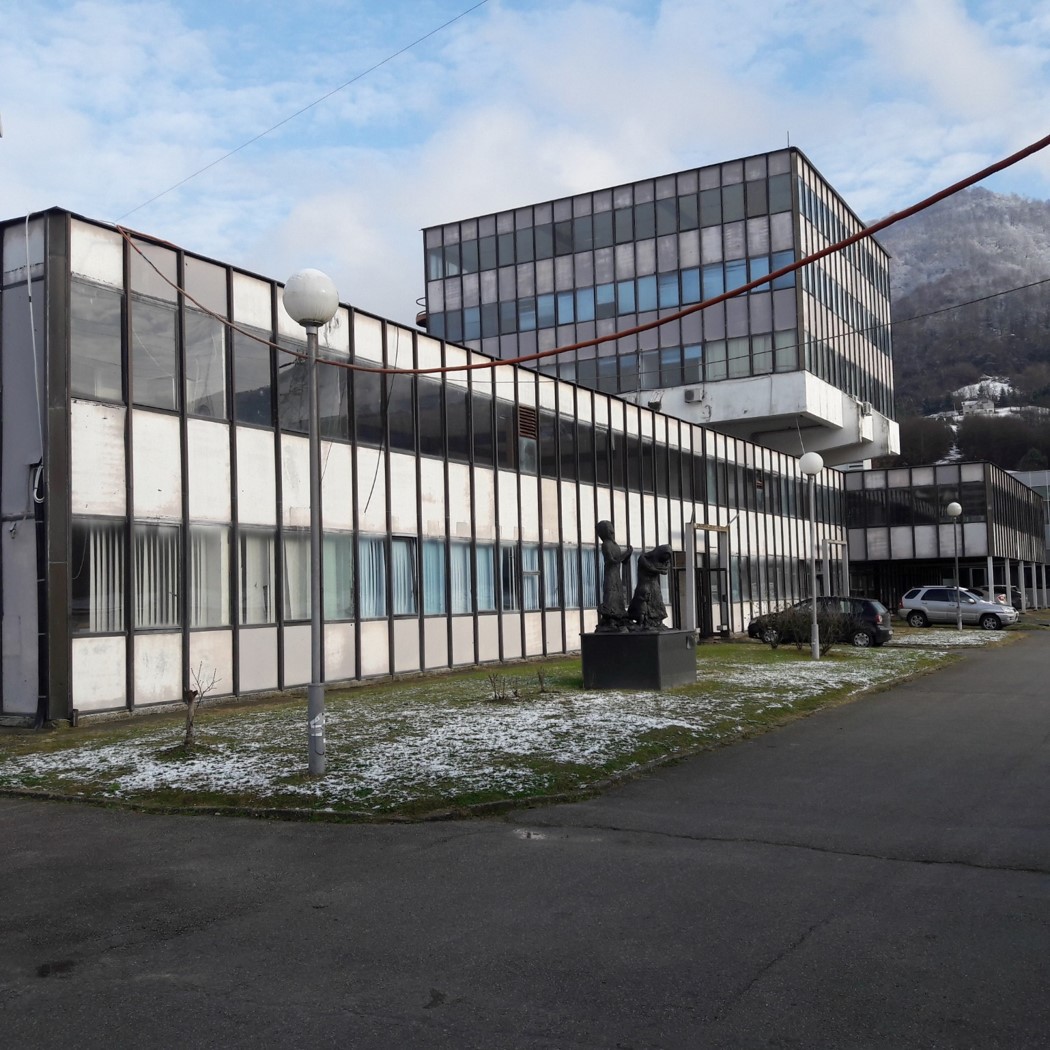 The former Battery Factory, Dutchbat HQ, and the future building of the archives at Potočari.
(Photo by Csaba Szilágyi)