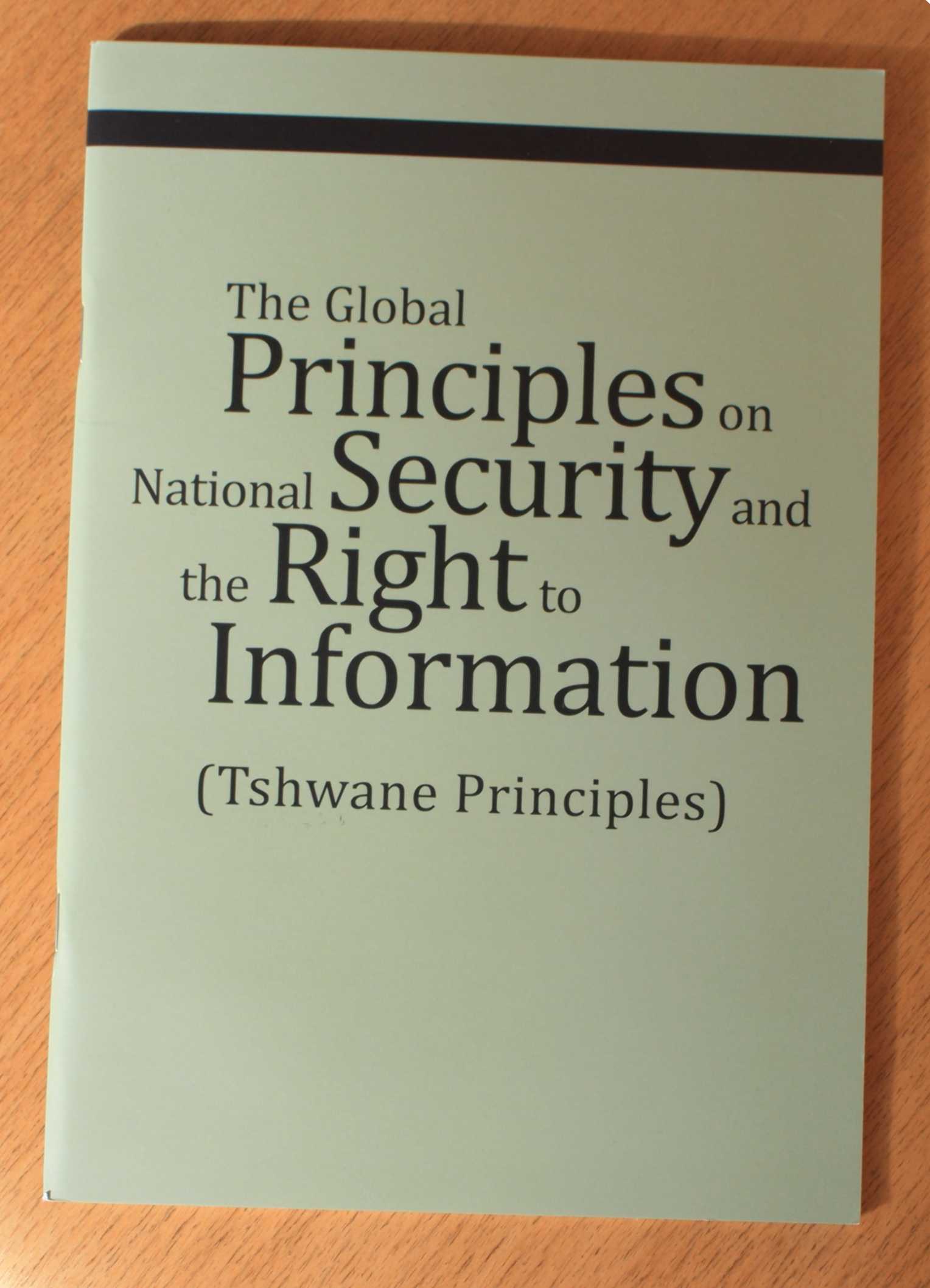 September 28 is the International Right to Know Day when civil organizations, professional institutions, journalists, and what is most important, citizens celebrate the right to access to public information – or where such a right legally does not exist, urge its adoption. Blinken OSA, the custodian of documents from recent history, has always regarded making these documents publicly available as one of its main mission.

In several countries there are attempts to curtail this fundamental informational right, among others, on grounds of national security interests. This is why the internationally recognized set of principles, named after the place of its promulgation in 2013 the Tshwane Principles, initiated by 22 civil organizations and drafted with the contribution of more than 500 experts from 70 countries worldwide, is of utmost importance. The Principles were published by the Open Society Justice Initiative – a copy of this publication from Blinken OSA’s library is shown in the picture above. These princples precisely define where the limits of enforcing national security interests are and how the right to access to public information  can be preserved in such cases as well, because this is the fundamental interest of the citizens of every country.

An overview of the Tshwane Principles ( Source: Open Society Foundations)

The Tshwane Principles are based on international and national law and practices. They were developed in order to provide guidance to those engaged in drafting, revising, or implementing relevant laws or policies. Based on more than two years of consultation around the world with government actors, the security sector and civil society, they set out in unprecedented detail guidelines on the appropriate limits of secrecy, the role of whistleblowers, and other issues.

The public has a right of access to government information, including information from private entities that perform public functions or receive public funds. (Principle 1)

It is up to the government to prove the necessity of restrictions on the right to information. (Principle 4)

Governments may legitimately withhold information in narrowly defined areas, such as defence plans, weapons development, and the operations and sources used by intelligence services. Also, they may withhold confidential information supplied by foreign governments that is linked to national security matters. (Principle 9)

But governments should never withhold information concerning violations of international human rights and humanitarian law, including information about the circumstances and perpetrators of torture and crimes against humanity, and the location of secret prisons. This includes information about past abuses under previous regimes, and any information they hold regarding violations committed by their own agents or by others. (Principle 10A)

The public has a right to know about systems of surveillance, and the procedures for authorizing them. (Principle 10E)

No government entity may be exempt from disclosure requirements—including security sector and intelligence authorities. The public also has a right to know about the existence of all security sector entities, the laws and regulations that govern them, and their budgets. (Principles 5 and 10C)

Criminal action against those who leak information should be considered only if the information poses a “real and identifiable risk of causing significant harm” that overrides the public interest in disclosure. (Principles 43 and 46)

Journalists and others who do not work for the government should not be forced to reveal a confidential source or other unpublished information in a leak investigation. (Principle 48)

Governments should not be permitted to keep state secrets or other information confidential that prevents victims of human rights violations from seeking or obtaining a remedy for their violation. (Principle 30)

There should be independent oversight bodies for the security sector, and the bodies should be able to access all information needed for effective oversight. (Principles 6, 31–33)

Information should be classified only as long as necessary, and never indefinitely. Laws should govern the maximum permissible period of classification. (Principle 16)