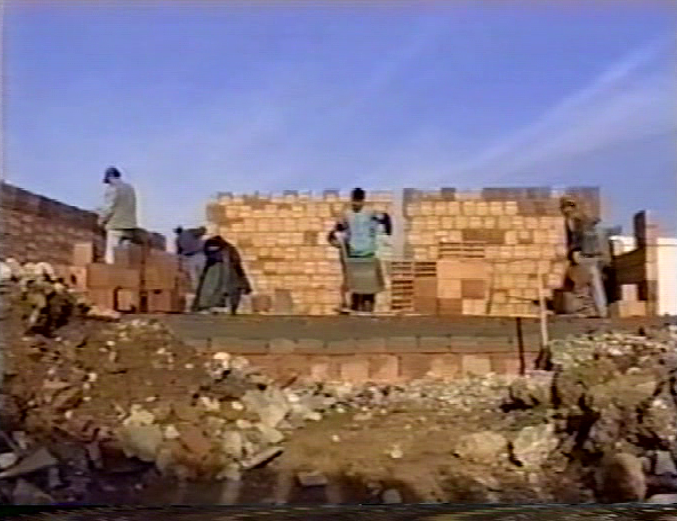 According to UNHCR’s statistics, in 2022 the number of people forced to flee their homes has exceeded 100 million for the first time. Five million refugees have left Ukraine since February alone, with another seven million internally displaced. Returning home, if at all, can take years. On World Refugee Day, we present films outlining the Balkan programs of the American Refugee Committee, a nonprofit humanitarian organization that strived for the repatriation of people worldwide, including former Yugoslavia.

Forrás. [Source., or Boiling point] is a blog series by the Blinken OSA staff at the Hungarian news website 444.hu. On World Refugee Day on June 20, 2022, this post presenting ARC’s promotional and documentary films originally appeared on osaarchivum.444.hu.

In 1978, when Chicago businessman Neal Ball agreed to support a refugee from Laos, he expected to fill out a check every month and the case would be settled. Shortly, he was notified that the refugee in question, Phunguene Sananikone, was about to arrive at the airport. Moreover, it turned out that a part of Phunguene’s family was stuck in a refugee camp in Thailand, from where they were to be sent back to Communist Laos. Ball personally traveled to Thailand to gather the rest of the family; this was when he was confronted with the reality of refugee camps. He understood the need for much more than occasional donations of money, food, or clothes, and founded the American Refugee Committee (ARC).

The first program of ARC was implemented in Thailand. Volunteers, doctors, nurses, and psychologists were sent to the refugee camps. In addition to caring for those in need, these professionals also began to train the refugees themselves, so that they could be visiting surrounding villages. By the 1990s, the organization had extensive experience in the long-term tasks emerging in such crises. When the Yugoslav War broke out in 1992, resulting in an extremely complex and protracted refugee crisis, the ARC played an important role in dealing with the situation, especially after most of the international agencies already pulled out of the region.

According to ARC’s principles, refugees should not be patronized, but supported in making independent decisions about their own future, whether it was resettling in their chosen countries, or returning home. In case of the latter, ARC organized bus trips, so-called Go and See visits across the borders, so that, for example, Bosnian refugees living in collective centers in Montenegro could visit territories under Serb control, see their often ruined homes, and meet their former and future neighbors. ARC then provided legal assistance in reclaiming properties and getting personal documents, organized and financially supported necessary renovation works, and even offered agricultural or business start-up packages. Throughout the process, ARC strived to work with local entrepreneurs, stimulating the economy, and to pursue multiethnic co-operations, helping resolve divisions.

Preserved at Blinken OSA, the records of the organization’s Balkan programs provide insight into ARC’s 1992–2006 activity in former Yugoslavia, and thus the NGO’s unique methodology. While Russia’s current war of aggression against Ukraine has been forcing millions to leave their homes, on World Refugee Day, we present films summarizing ARC's Balkan programs. As an NGO, ARC covered its operations largely with donations; these films that also served promotional purposes reflect the sensitive and complex process of helping those fleeing a war situation, even beyond ensuring their momentary situation, often years after the end of the fighting.

In the first film, made in 2001, ARC employees and clients introduce the organization’s repatriation program, including the bus trips and the joint Bosnian-Serb projects:

“The ARC approach is to work with all innocent victims of war and civil conflict, regardless of their race or ethnic origins.”
(HU OSA 363-05 Records of the American Refugee Committee's Balkan Programs, Digital Video Recordings)

In the second, 7-minute promotional film, young people who, after experiencing war, fighting, and fleeing as children, later got involved with ARC, recount their stories:

“It may take a lifetime to help heal the wounds of war, but it will be a lifetime well spent.”
(HU OSA 363-05 Records of the American Refugee Committee's Balkan Programs, Digital Video Recordings)

The half-hour documentary The Owner is Back is a series of short reports following the cases of ARC’s clients returning to Bosnia and Croatia from collective centers in Montenegro:

From 2003, ARC gradually handed over its operations to local NGOs, and closed its Balkan programs in 2006, more than 10 years after the Yugoslav War had started. Renamed to Alight in 2019, the organization is now also present in Ukraine, providing rapid assistance on the Polish-Ukrainian border, distributing food, medicine and medical supplies, as well as blankets and clothes, and assisting refugees in finding temporary accomodation across the world. In collaboration with ORAM – Organization for Refuge, Asylum & Migration, Alight developed a special program to support the immensely vulnerable group of  LGBTQI+ refugees.