The new exhibition at Blinken OSA, entitled Faith – Trust – Secrecy. Religion Through the Lenses of the Secret Police, is revolved around the observation of small churches. Therefore, instead of presenting the histories or theologies of small churches, it attempts to highlight the observer and the context of observation, be it secret police operation, sociology of religion study, or archival research.

Introducing cases from Socialist Romania, Ukraine, Moldova, and Hungary, one of the main resources of the exhibition is the sociologist of religion Zsuzsa Horváth's legacy, preserved at OSA. 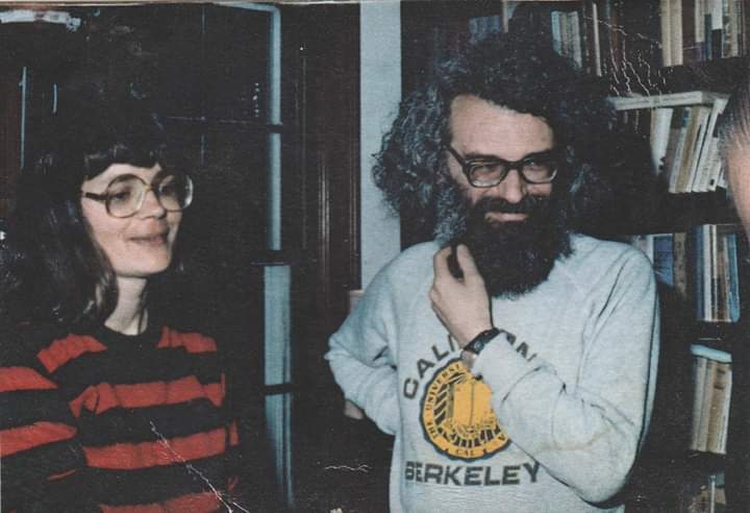 Zsuzsa Horváth (1950–1994) focused her research on small churches and new religious movements in Hungary. According to her classification, small churches (or free churches) are religious communities that, compared to major churches, are less institutionalized, are free of rigid personal hierarchies, and have more flexible theologies; their regulations, however, extend to the everyday lives of followers.  "Guidelines cover all spheres of life. Through their lifestyle, often also apparent in a unique language, the believers embrace their faith in almost every minute of their lives," concluded Horváth. During her research, she found that the continuity of lifestyles and attitudes among small church communities "is the result of complex socialization processes." It is no accident, therefore, that State Socialist apparatuses aimed to expand their influence on free churces as well, as "the Communist ideology intended to exlude any other sets of beliefs and values." Moreover, while "atheist socialization was effective against major church religions," small churches were sucessfull in reaching out to the young, non-religious population.

As they questioned Socialist values by their very existence, the state tried to limit small churches with centralization measures and control. A Council of Free Churches was established, the membership of which became the condition of official permissions; through the guidelines of this body, it became possible for the state to control (or even assign) the community leaders, and even to impose modifications to religious teachings. Church personell were "victims of show trials and internment, they were banned from practicing their religious functions, and they were intimidated." However, Horváth did not find evidence on the punishment (prison sentence) of believers for their religious lifestyle, only job loss. Her general conclusion was that "centralizing attempts were obstructed by the unique structure of small churches. . . . Congregations consist of loosely-attached yet closed communities. On the level of the congregation, this proved to be an effective protection against collaborators and informants."

Horváth based her findings mostly on the in-depth interviews she had conducted, which she then used to describe congregations and communities according to their social structure and its changes, their organization, and their religious practices. Early death prevented her from summarizing her work, it was her previous life partner, the sociologist Mihály Csákó, who edited her collected writings and lectures, and published them in the volume Hitek és emberek [Faiths and individuals]. In its foreword, Csákó writes

"Her work is like an iceberg, most of it is invisible. Comprising several thousand pages of interview transcripts, notes, documents collected for analysis, their commentaries, and research plans, it remains hidden in her desk, and in boxes in our apartment." The extraordinary collection has arrived to Blinken OSA in 2019, and is being processed in order to become available for research. The exhibition Faith – Trust – Secrecy is one major step in this work. 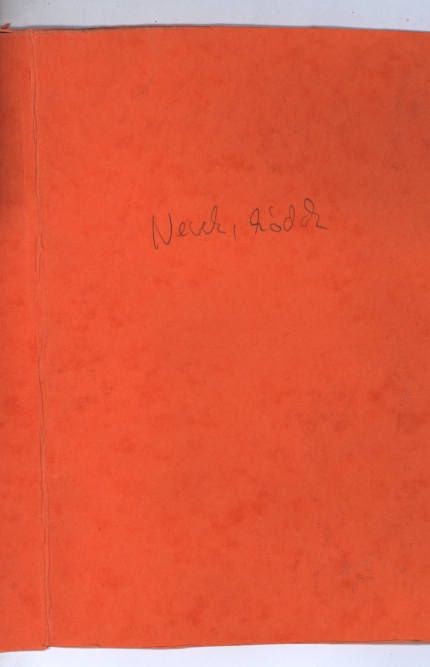 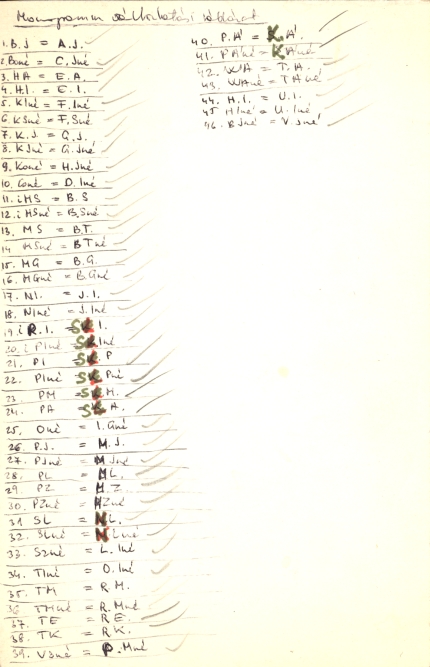 Zsuzsa Horváth protected the identities of her interviewees by using a multi-level coding system.
(Documents from the Zsuzsa Horváth collection, preserved at OSA)

Yet, instead of presenting the results of Zsuzsa Horváth's scientific work, and, consequently, the communities she observed, the exhibition Faith – Trust – Secrecy attempts to highlight the context of this observation. Like the fact, for example, that conducting in-depth interviews was not an exclusively professional decision; according to Csákó, "[s]he believed that in societies where political authorities feed distrust toward religions, control and restrict their practices, and where political power creates vulnerability and dependency in all other areas of life, fear prevents many from honestly filling out questionnaires on such delicate topics. Based on long-term, personal contacts, however, the researcher can reach a level of trust that can lead to reliable information.” Thus, to a certain extent, Horváth was forced to limit herself to interviewing, following the failures she had experienced with the survey method. Furthermore, according to Csákó, she decided no to research the Jehovah's Witnesses because "she was not willing to do work that may have provided material for secret police dossiers." This context adds an intriguing layer to her writings, which often include expressions like "My concept on the congregation's religious life is based on the gatherings I had observed", or "To uncover the congregation's history, we collected documents." Still, Horváth devoted significant attention to the safety of the interviewees trusting her; an exemplary professional attitude, also apparent in the meticulous coding system she used to protect the identities of her interviewees.

The regime had its impact on the career of Zsuzsa Horváth even beyond research tools and topics. Her scientific practice was being observed and obstructed already owing to its field of interest; furthermore, she participated in the activities of the democratic opposition from the very beginning. She and Csákó organized the typewriting of samizdat texts, she stored and distributed samizdat publications, during a house search in their apartment the police confiscated a truckload of material, and, most importantly, she signed the petitions objecting the retaliations against the Charter 77 organizers, which were sent to the Presidential Council of the People's Republic of Hungary, as well as personally to János Kádár. The signatories of these petitions became victims to the regime's revenge; Horváth lost her job at the Hungarian Academy of Sciences's Institute of Philosophy, and thus the institutional support and background of her research was gone at once; she and Csákó, her life partner, became recurring subjects in secret police reports under the cover names "Mr. Mediator" and "Mrs. Mediator."

Zsuzsa Horváth's career "reveals the non-scientific momentums that influence the course of science,” noted Csákó in his foreword to Horváth's collected writings, as if reinforcing the approach of the exhibition Faith – Trust – Secrecy. 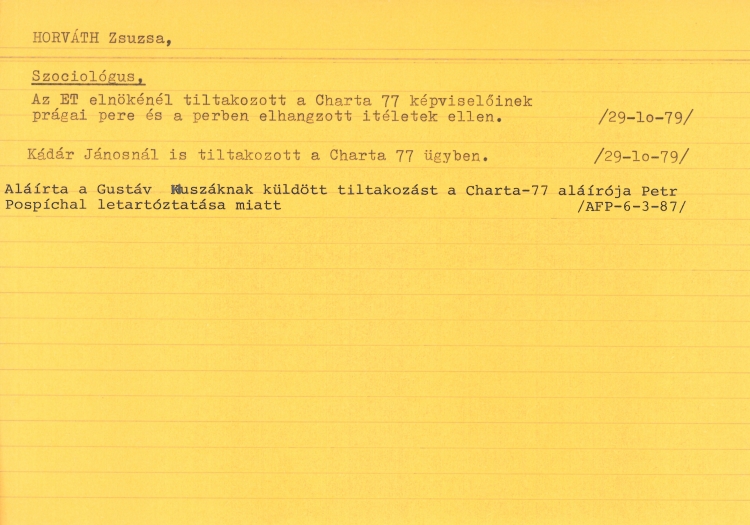 (The volume Hitek és emberek. Horváth Zsuzsa tanulmányai kisegyházakról, vallásos mozgalmakról [ed.: Mihály Csákó, ELTE Szociológiai-Szociálpolitikai Intézete, Budapest, 1995], including the full texts and the original appearances of the quotations used in this post, is available at the OSA Library.)

Faith – Trust – Secrecy. Religion Through the Lenses of the Secret Police
The exhibition runs: February 28 — April 5, 2020
The exhibition presents the complex interactions of the secret police with religious groups and those seeking to research them. Faith and trust, whether sustained or broken, and secrecy are interwoven in the images, narratives, and testimonies on display.

This exhibition forms part of a larger project funded by the European Research Council that explores the creativity of religious groups under totalitarian rule through the holdings of the secret police archives in four countries: Hungary, Romania, Ukraine, and the Republic of Moldova.

You can explore these materials in greater detail by visiting the Hidden Galleries Digital Archive.