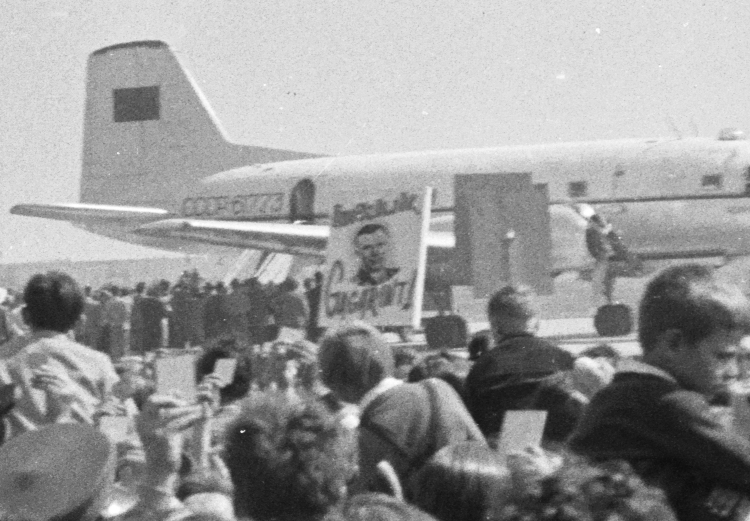 Sixty years ago, on April 12, 1961, Yuri Gagarin completed one orbit of Earth, and accomplished the first manned spaceflight in history. The event was a milestone in the Space Race, a Cold War front line between the US and the Soviet Union. A Radio Free Europe Background Report from December, 1961, preserved at the Blinken OSA, reveals the American stand on the developments of that year.

“The Soviet version of US and USSR performance in the space race is intended to strengthen and make more concrete the notion already widespread in underdeveloped countries that Soviet society is more purposeful, forceful, and highly motivated than American society, that the USSR is better able to marshal and allocate its resources effectively for the quick solution of very large problems. Soviet space propaganda aimed at Asian and African audiences has emphasized that Soviet space successes represent a victory of the Soviet system over Western capitalism and are further proof of the superiority of the Soviet system as a model for the newly independent countries.”

This impression is underpinned by the afterlife of the 1961 Soviet achievement. Following his succesfull spaceflight, Gagarin embarked on a Soviet-world tour; the Bulgarian, Czechoslovak, Pole, and Hungarian units of RFE each reported on festival-like propaganda events. The Soviet hero-astronaut arrived to Hungary on August 19, 1961, and visited several cities beyond the capitol. The analysts at RFE made it clear: the timing of the visit was carefully timed and smart: 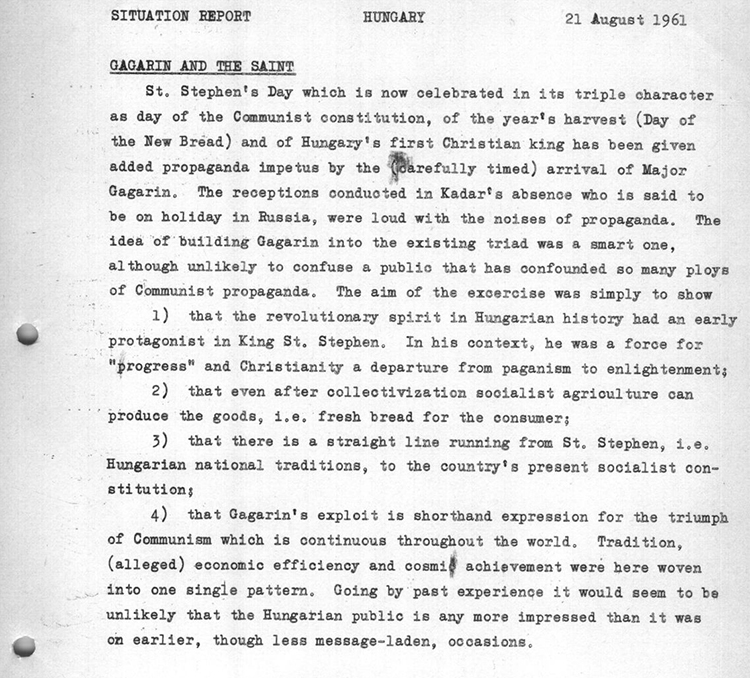 The way the above was realized in practice, i.e. how propaganda shaped Gagarin's Hungarian visit is captured in the Hungarian Radio transcripts prepared at the RFE Research Institute, and preserved at the Blinken OSA. 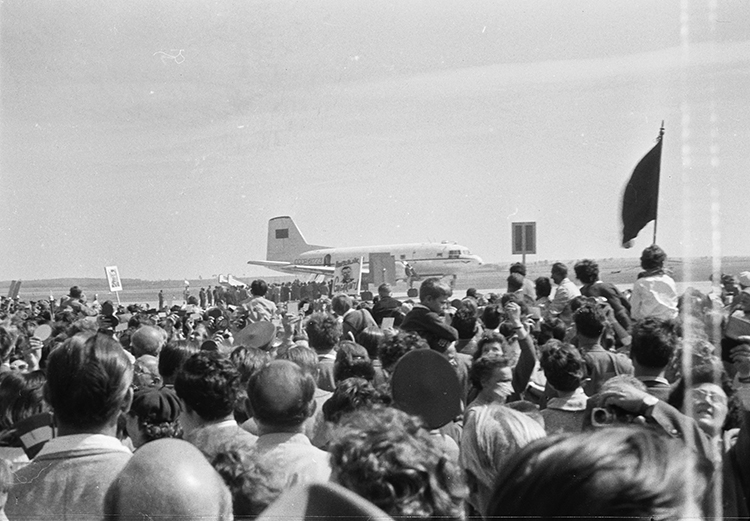 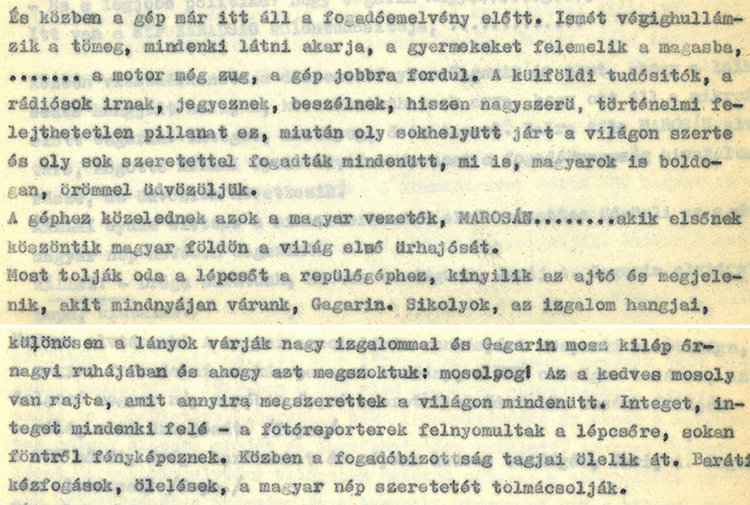 “The staircase is moved to the airplane, the door opens, and he, Gagarin, whom we all waited for, appears. People scream in excitement, especially the ladies are excited about him, and Gagarin, wearing uniform, leaves the plane, and as expected: he is smiling!”
Radio Hungary coverage of Gagarin's arrival at Ferihegy, August 19, 1961.
(HU OSA 300-40-8 RFE/RL Hungarian Radio Monitoring, RFE/RL, Inc.) 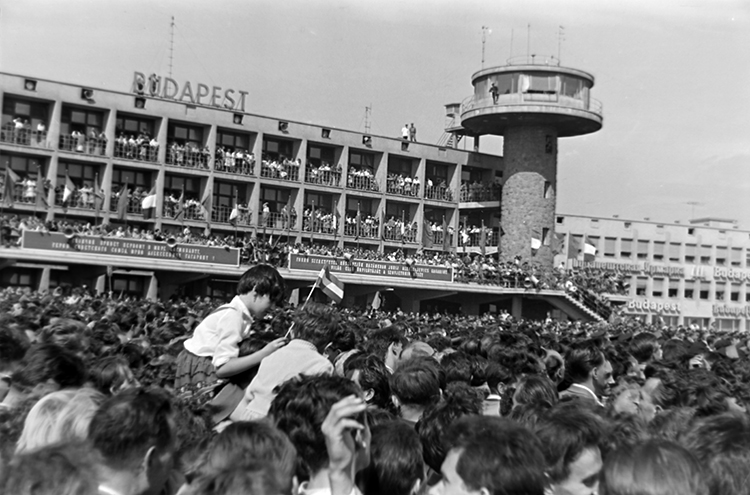 “Dear Comrades! We very well know: it is no accident that the gate to the infinite space was opened by the very nation that on Earth is opening the gate to Communism.”
Excerpt from the Vice Chair of the Council of Ministers, Gyula Kállai's welcoming speech at Ferihegy, from the Radio Hungary coverage.
(HU OSA 300-40-8 RFE/RL Hungarian Radio Monitoring, RFE/RL, Inc.) 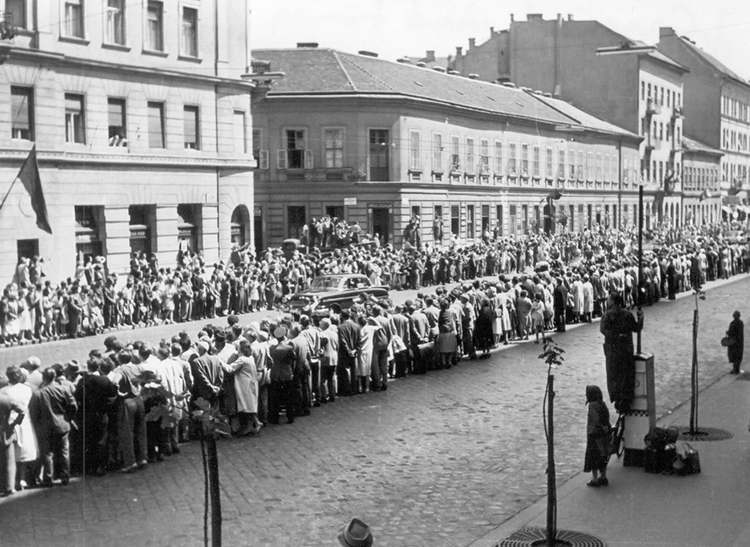 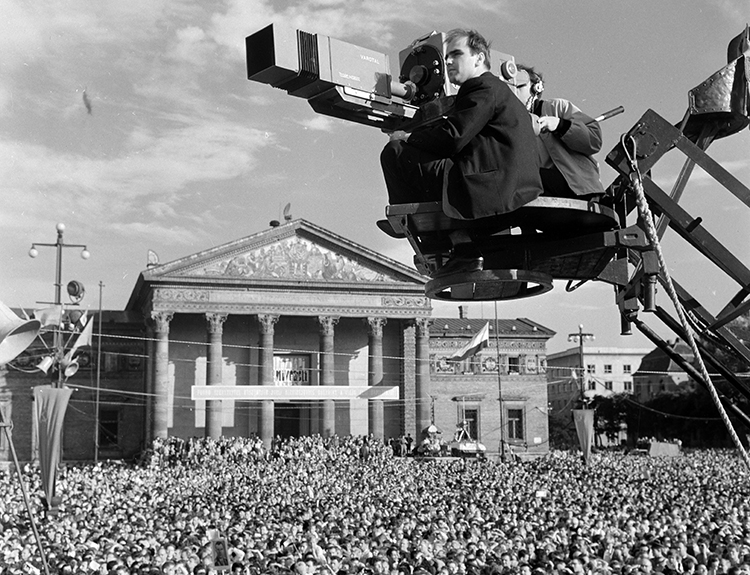 “Dear friend, Comrade Gagarin. It is great pleasure and honor to us, that on the day of our people's constitution and the traditional celebration of the new bread, we can welcome the man who pioneered into infinity. In your personage, we welcome the heroic son of the Soviet people, who brought glory to his homeland and to humanity.”
Excerpt from the Party's second man, György Marosán's speech at Hősök Square, from Radio Hungary's coverage.
(HU OSA 300-40-8 RFE/RL Hungarian Radio Monitoring, RFE/RL, Inc.)