Call For Papers for the Blinken OSA Symposium 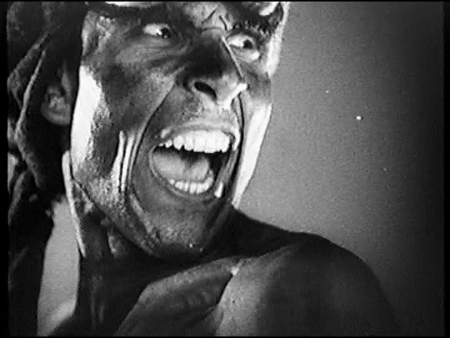 Commemorating the centennial of the Bolshevik revolution within the framework of the 2-year WHAT’S LEFT? program series, Blinken OSA invites historians, social scientists, artists and a broad community to take part in the forthcoming 2-day symposium SPECTRUM OF COMMUNISM, which addresses artistic and intellectual legacy of 1917 and dynamics of left-wing political thought and artistic practice in a transnational context. The prospective participants are invited to apply directly to one of the following sections, outlining how their presentation fits within a broader range of questions. Selected participants are expected to hold 20 minutes presentations and take part in general discussion on the set of questions addressed by their section.

The symposium will take place at The Vera and Donald Blinken Open Society Archives (OSA) at Central European University (CEU) which is a repository of important collections related to the history of the Cold War and grave international human rights violations, and a laboratory of archival experiments on new ways of assessing, contextualizing, presenting, and making use of archival documents. The symposium will be accompanied by film screenings within the framework of 14th Verzio International Human Rights Documentary Film Festival.

Communist and Anti-Communist Heritage in the 20th Century

This section focuses on theoretical and historiographical approaches to Communism as an idea and political regime from various perspectives. While the existing regimes that claimed to rest on Marxist/Communist ideas produced their own monolithic orthodoxy, but in fact their political and ideological character as well as the image of the future evolved significantly over time. Similarly, the interpretations and criticism of Communism and Communist regimes from the standpoint of alternative Left, liberal, and the extreme right anti-Communism went through major changes in the short “Communist” century from the Bolshevik revolution up to the post-Communist times. The section will provide innovative outlines of these divergent stories of “Communism.”

The Culture of Labor / The Labor of Culture: Artists at Work

Labor market has undergone fundamental changes during the past decades, and leading economists predict dramatic transformations of labor in the coming years due to automatization of production processes. This general shift has affected also the field of culture, where “creative industry” is embraced as the cornerstone of development by politicians and businessmen all around the world. An important aspect of the new working conditions is the demand for physical and mental mobility: perpetually growing numbers of workers are engaged in insecure, irregular and exploitative labor, while intellectual property is increasingly regarded as the “oil of the 21st century.” Artists, and other cultural laborers are celebrated as model entrepreneurs; they are also conjured in more critical discourses as iconic representatives of the “brave new world of work,” and as main examples of the new precariat. The panel focuses on this paradigm shift while aiming to present the status and future prospects of artists and cultural workers within the labor market.

Factory of Facts: Emergence and Afterlife of Documentary Rhetoric

Cinematic narratives constitute lasting and widely circulated visual formulae of showing the revolution and its aftermath. The section will focus on rhetorical and visual strategies as well as affective impacts of using, manipulating, repurposing, and modifying found footage in constructing alternative narratives on the past and the present. The panel will explore how the events of 1917 and the subsequent political and social changes were visualized, paying special attention to the debates on document and documentary in the Soviet context and their global reception. The panel invites presentations exploring the strategies of creating and disseminating visual material and rhetoric that is assigned documentary status in socialist and post-socialist historical narratives.

This panel addresses a fundamental aspect of 20th century globalisation that has been almost entirely ignored by scholars: the transmission, circulation and reception of values, cultures, and beliefs between what western contemporaries called the “Second” and “Third Worlds.” Following the Second World War, the countries of Eastern Europe radically recast their global role by re-imagining their relationships with Africa, Latin America and south-east Asia. They developed new forms of global knowledge and new institutions to support a wide-ranging program of socialist “export”: theatre and film, economic and scientific expertise, humanitarian aid and political ideals—all were essential to Eastern Europe’s grand effort to translate ‘socialist modernity’ globally. The project also reshaped the “socialist metropole,” as post-colonial cultures were imported into Eastern Europe through, for example, mass media, political solidarity movements, and the presence of ‘Third World’ students, workers and exiles.

Internet-based economic and social developments are seen by liberal thinkers as an emancipatory, empowering domain which finally abolish societal classes, by right-wing populists as a new dimension of influencing people’s mind and behavior, by business monopolies as new fields of restructuring markets, and by consumers as a warehouse of custom-tailored marketing offers, free services and mass production of status symbols. Leftist critical thinkers, however, regard these developments as capitalism’s fundamental social injustice extended to a new system of means and methods; they worked out the political economy of the web 2.0, and argue that exploitation is inherent in this world similarly to classical capitalism, and the internet sweatshops indicate the reproduction of internet proletariat. The panel aims at discussing these approaches.

What is Left from Marxism? Post-Communist Critical Thinking on the Left

For Eastern European countries the collapse of state socialism has also meant an increased marginalization of left-wing critiques of capitalism or liberal democracy.  Relegated to the outskirts of the intellectual and the political spheres, their side-lining has often paved the way for the resurgence of right-wing counter-reactions to capitalism: ethnicism, xenophobia, or conservative populism. It was only in the second part of the 2000s and after the global financial crisis, that radical thinking from the left made itself present once again. The panel focuses on the social mechanisms which made these new critical theories possible, as well as their current position within a post-crisis context marked by the success of the populist right. Thus, it will center on their relationship with current social movements and developments, as well as on the intellectual influences which molded them and the impact of Marxist thought upon their trajectory. It will further address their relationship with previous local critical traditions, including the October Revolution, the state socialist experience or alternative Marxist strands.

In cooperation with Péter Apor (Institute of History of Hungarian Academy of Science) and Dan Cirjan (CEU, Department of History)

To apply, please send a brief (max 500 words) paper abstract and CV by July 30, 2017 to info@osaarchivum.org with the subject 2017SYMPOSIUM followed by the title of the section.