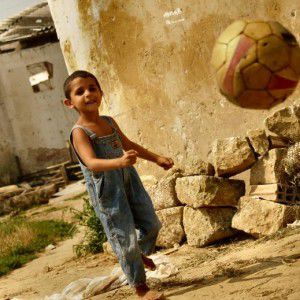 The international jury of the Chachipe Map photography contest has selected nine winning photos from among the 1,117 photos entered in the contest. In June, an exhibition of the best photos from the contest will open to the public in Budapest.

The Chachipe Map online photography contest generated great interest when it was announced in October 2011, and the entry deadline was extended at the beginning of this year. By the final deadline on January 15, 2012, 1,177 photos had been submitted through the contest website. Chachipe Map was open to anyone who had taken photos during the period 2005–2011 in countries participating in the Decade of Roma Inclusion 2005–2015: Albania, Bulgaria, Bosnia and Herzegovina, Croatia, the Czech Republic, Hungary, Macedonia, Montenegro, Romania, Serbia, Slovakia and Spain.

The contest organizers sought non-stereotypical photographs, free of prejudices, that show Roma and non-Roma living together, that approach topics in an open manner, and that might even employ radically new perspectives. In the end, the international jury headed by Gabriella Csizek, curator at the Hungarian House of Photography, had a large number of high-quality photos to choose from. Contestants entered photos in three categories — Local Hero, Common Denominator, and Dream Come True — and the jury awarded three prizes in each of these categories. Among the winning photos, four were taken in Hungary, two in Romania, two in Serbia, and one in Bulgaria.

The winning photos can be viewed on the Chachipe website at www.chachipe.org, along with all of the contest entries. An exhibition featuring the winning photographs and a selection of the best photos entered in the contest will open on Friday, June 22, 2012 at Akvarium Club in Budapest.

*The photographer entered a series of photos under this title.

Chachipe Map is organized by the Open Society Foundations and OSA Archivum.