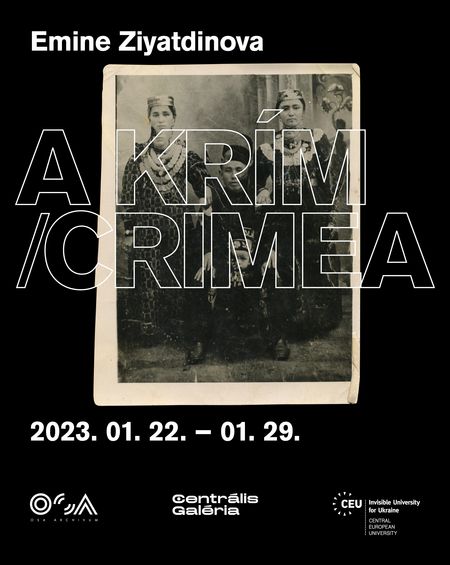 The exhibition Crimea is a visual sequence that reflects on the photographer’s family and the larger Crimean Tatar community experience, finding a Home in the complicated geopolitical environment preceding and following Russia’s annexation of Crimea in March 2014.

For Ziyatdinova, the camera and recorder became tools to search for answers: Who am I? Where do I belong? What is Home? They allowed her to uncover the family stories of Crimea’s past and present, which are absent or distorted by lingering Soviet and Russian propagandistic narratives. The great-grandfather, whom the Soviets persecuted for de-facto owning land and using hired labor in Crimea in 1937, before collectivization. The grandparents, who were falsely accused of Nazi collaboration, and were forcefully deported to Central Asia; and the relatives, who did not survive the arduous journey, difficult conditions, and poor treatment. The parents, who had to navigate the Soviet propaganda to regain their identity, and moved back to their homeland in 1990.

The sequence also reflects on Russia’s annexation of Crimea in 2014, when Crimean Tatars as a group once again became a target of political state persecution. The photographs capture the quiet moments of daily life and landscapes in Crimea, with an almost invisible political tension growing through the sequence. The sense of Home is replaced by the feeling of instability and fear, accompanied by the state’s repressive political machinery and propaganda.

The exhibition was organized by the Blinken OSA Archivum and the CEU Invisible University for Ukraine.

Emine Ziyatdinova is a Crimean Tatar documentary photographer and independent consultant currently working in the non-profit and media development sphere. She was born in Uzbekistan, where her family was deported from Crimea in 1944 by the Stalin regime. Growing up as a member of the Crimean Tatar minority in Ukraine after the Soviet Union’s collapse, she received a first-hand understanding of the various human rights issues that arose with ethnic minorities and with the collapse of the economic and political system in her country. The desire to advocate for people who are often silenced to voice their concerns brought her to the career paths of sociology and documentary photography. Her experience places her at the intersection of documentary photography, sociology, human rights, and journalism. She holds a MA degree in sociology from Ivan Franko National University of Lviv and an MA degree in photojournalism from Ohio University’s School of Visual Communication. After having worked in documentary photography and journalism from 2012–2017 in Ukraine, she relocated to the UK, where she has been working in the non-profit sector, most recently as a media consultant with the Thomson Reuters Foundation. Her work has been supported by a Fulbright Scholarship and a Magnum Foundation Emergency Fund Fellowship and her photography projects have been exhibited in Ukraine as well as internationally.