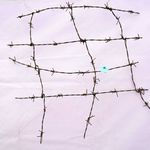 OSA, the project leader of Europeana 1989 in Hungary, organized two collection campaigns: on May 23–24 at the SZTE Klebelsberg Library in Szeged, and on May 30–31 at the Museum of Sopron. The collected documents and stories will be uploaded to the project's website: www.euoropeana1989.eu

During the Szeged collection days, a little over 200 digital objects (photos, diaries, documents, flags, ID cards, scout uniforms,  and other 3D objects) and personal stories were collected from 25 donors. People shared their recollections and brought their personal memorabilia to be digitized for the Europeana Digital Library. In conjunction with the collection days, the hosting library opened an exhibition on the events of 1989 in Szeged, organized the screening of a documentary on the formation of the local political parties in 1989, as well as a roundtable discussion with prominent figures from the city from that era.

In the Sopron campaign, about 155 photographs, five films, 90–100 objects, and 300–320 pages of documents, plus the stories of 50 visitors (two of which we taped, as they were 37 and 57 minutes long, respectively), were obtained – visitors brought in a lot of barbed wire, the original padlock from the border gate, objects and documents related to the Pan-European Picnic, a blanket from an abandoned Trabant, and even a maternity record with a name band, probably the sweetest 1989 memory of that particular donor. Sopron as a city has vivid memories of that era, and many prominent figures came to share their personal recollections and objects, among them former politicians and border guards, as well as ordinary citizens. OSA's film library was enriched with three films by Dr. György Kárpáti, who was the only person with a camera at the Pan-European Picnic in 1989.

The collection campaign will continue on September 5–6, 2014 at OSA Archivum in Budapest.