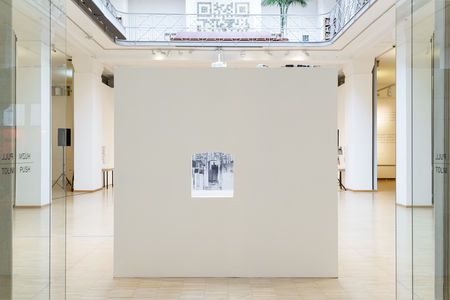 The Galeria Centralis is temporarily closed due to the coronavirus outbreak, however, our current exhibition, entitled Faith – Trust – Secrecy, is now available online. Through 360° interior photos, scanned archival documents, and explanatory texts, visitors can explore the complex interactions of the secret police with religious groups and those seeking to research them. The images, narratives, and testimonies on display reveal the interwovenness of faith and trust, whether sustained or broken, and secrecy.

Forming part of the international Hidden Galleries project, the exhibition Faith – Trust – Secrecy at Blinken OSA is about the ways in which Communist totalitarian states through secret police operations “captured” religion in images, graphics, texts and folders in order to control and eliminate those they deemed untrustworthy. Faith and trust are two of the central foundations of religious community but secrecy also represents a common feature of religions throughout history. The secret police, as their name suggests, depended on secrecy practices, whether real or simply performed, and as part of their undercover operations they sought to gain the trust of the communities they wished to infiltrate. Researchers of religion, both during Communism and today, also require the trust of the communities that they research and they practice their own forms of secrecy to protect the identity of research participants.